While Fordies have been active in politics since the beginning of time (or, more conservatively, since the school was launched in 1914), the recent nationwide surge in political involvement has renewed the call for many in our community. As we write this article, we are less than a month into the new presidential administration, but already, we are seeing increased activism both across the country and here in Weill Hall.

It started the day after the presidential inauguration with grassroots-organized women's marches across the United States and in many cities around the world.

Communities came together to protest the newly-inaugurated president’s derogatory language about women, and to advocate for women’s rights and equality. At least two-dozen Ford School students, faculty, and alumni attended marches in Ann Arbor and Lansing; others traveled to Washington, DC to participate in the main march on the Capitol.

The Ann Arbor Women’s March was organized by the statewide progressive organization, Michigan to Believe In, and Progressives at the University of Michigan, a student organization co-led by Ford School undergrad Claire Cepuran (BA ‘18).

The number of attendees at all three marches exceeded expectations--some 9,000 attended the march in Lansing, and it is estimated that 500,000 attended the march in DC. “We initially expected the turnout [in Ann Arbor] to be a few hundred," says Cepuran, "and it ended up being at least 11,000.” Ashley Wilson (BA ‘18), who spoke at the Ann Arbor march on behalf of Students for Choice, recalls standing on the steps of Hatcher Library and seeing the crowd stretch from the Diag to North University and beyond.

Attendance at the Ann Arbor march wasn’t limited women, or to U.S. nationals. Mengyu Liu (MPP ‘18), an international student at the Ford School, joined her American counterparts in solidarity. “Many of my feminist friends in China also share the viewpoint that women are facing similar dilemmas no matter what nations they are living in,” she said.

For Cepuran, the women's march was only the beginning. “It gives me a great deal of hope moving forward," she says. "We need to do all we can to use the momentum that the march has given us.”

Less than a week later, Cepuran's words rang true as over 4,000 protesters in Michigan joined thousands more rallying around the country to contest President Trump’s January 27 executive order banning citizens of seven countries from entering the United States for 90 days and blocking all refugee admissions for 120. Protests in Hamtramck and Detroit drew at least 17 Ford students, who coordinated sign-making and carpooling in the hours leading up to the events.

Anthony Cozart (MPP '18) was one of them. "I was impressed by the diversity of backgrounds, beliefs, [and] religions represented," he said. "While I suspect many Ford students don't support completely unrestricted immigration, it's been clear that many of us--conservatives and progressives alike--see the ban as morally wrong, in addition to [damaging for] other geopolitical and security reasons."

As the Trump administration continues to roll out executive orders and presidential memoranda that send ripples throughout the policy world, Ford School students seem committed to continuing their push for action, dialogue, and learning in support of effective policymaking.

Students of Color in Public Policy (SCPP), a longstanding student organization at the Ford School, is facilitating a number of political events including a contact-your-congressman campaign called “All in Call in.” SCPP has also been preparing discussions about the impacts new policy changes--such as President Trump’s immigration ban as well as pending Affordable Care Act reforms--might have, in particular, on communities of color.

“Our team feels it’s important to concentrate on the policy implications for minorities in America and focus on what can be done moving forward to help those that are not always represented at the decision-making table,” says Cortney Sanders (MPP ’17), co-president of the student organization.

Sarah Magnelia (MPP ’18) and five of her friends began wondering how they could create more collective impact in the policy world, as well.

“We were troubled by the results of the election--by the hateful rhetoric used, by the attacks on marginalized people and public institutions,” she wrote in an email. “Philanthropy emerged as a way to counter the election results and stand up for our values.”

Together, Magnelia and her friends launched the High Five Fund--a collective giving group that they hope will reach 200 members. Members donate $5 per month with the goal of giving away $1,000 a month to progressive causes and organizations. The High Five Fund launched on January 17 and recruited 151 members, including five Ford students and staff, within its first three weeks. In February, the fund sent its first donation to RAINN, a nationwide organization that fights sexual violence.

A scroll through the unofficial Ford School MPP Facebook group shows students coordinating and engaging in dozens of events and activities.

There's a town hall in Dearborn on community organizing. There's an Executive Order teach-in. There's a demonstration at the Detroit Mayor’s office. There's an "Ann Arbor Activist Night” on gerrymandering and the redistricting process. There's an "Academics United Rally." There's a "first 100 days" brown bag luncheon. There are suggestions for calling representatives and senators on a variety of policy issues.

Of course, for those who know the Ford School well, this might not be much of a surprise.

As students of public policy, we care deeply about effective policymaking, as well as public management, law, rigorous analysis, and politics. Our students volunteer for campaigns, intern at top policy organizations, and watch CNN in the student lounge during lunch. But while we have always engaged in the policy sphere, activism itself has mostly played a peripheral role in our studies. Perhaps 2017 marks a turning point, when activism begins to play a more central role. 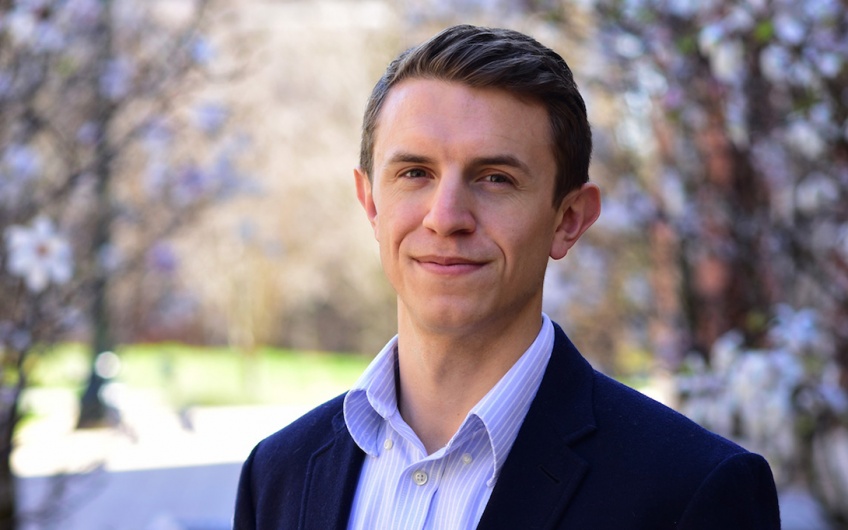 Read more about "Number of executive actions is less important than what they actually do, says Lowande "