Rusty Hills' passion for politics started in eighth grade, when he was assigned the role of speechwriter in a mock 1968 presidential election. Today he’s paying the favor forward to scores of Fordies in Political Campaign Strategy & Tactics (PubPol 423).

A complement to his role of lecturer at the Ford School, Hills’ career has spanned decades with the Michigan Republican Party and state government. He served ten years in the Executive Office with Governor John Engler, and was elected twice (unanimously) as state party chairman for the Michigan Republican State Committee. While there, he oversaw the state’s efforts to elect candidates running for office, ranging from George W. Bush for President to county commissioners. Most recently, he served as the campaign manager for Bill Schuette’s first run for attorney general in 2010, and then as his senior advisor in the Michigan Department of Attorney General, where his primary responsibility was to supply a “dose of common sense,” to the complex, sometimes intractable, issues that come to a branch of government that is the “ People’s Lawyer ” for all Michigan citizens.

Hills notes that his experiences, particularly in campaigns, present learning opportunities for his class. “I like to tell the students there’s an old adage that you learn more from losing an election than winning. And if there’s any truth to that they’re learning from the smartest professor at the University of Michigan.”

This is just one of the many sayings Hills repeats over the course of a semester as the class explores how to win an election — and lessons from losing campaigns as well. Hills gladly shares his mistakes so students don’t repeat them. To further demystify the campaign process, he also brings in an elected official each semester so that the feat of winning is no longer “so daunting for students.”

“There is no policy without victory” is another mantra of Hills — he even bolds it in the syllabus. He stresses to students it’s not about winning, it’s about doing something once you’ve won. With policy goals in mind, fundraising becomes an easier ask, for example, and the long hours have purpose.

Relying on more than his own experience, Hills draws on past events that offer lessons today. The fall 2018 semester brought a name from the history books to class: Hugh Sloan, who served as the treasurer for the Committee for the Re–Election of the President Richard Nixon in 1972 and who had resigned and testified at the first sign of wrongdoing. Sloan’s wife famously told Carl Bernstein, “This is an honest house.” That’s another lesson Hills hopes students take away: that they should aim to take pride in the integrity and positive impact of their own careers in politics.

“Some people go through life wondering if they’ve made a difference. People in public policy don’t have that problem,” Hills tells students. “It’s well worth your time and effort.”

He himself has had the chance to make an impact, having seen and experienced a bit of everything in his time working in politics: wins, losses, redistricting, last-minute budget deals, and constant change to how elections are run and won.

“This is something that Ford Students will all have to grapple with,” Hills says of the rapid pace of change, and what those new elements, like social media, can mean for campaign strategy.

As an example, Hills shared his experience of being in the spin room during the 1996 vice presidential debate in Tampa. Surrogates gathering in a room to defend their candidate is now obsolete because Twitter offers “real time measurements of who’s winning and who’s losing.”

In his career, Hills witnessed the social media army-of-one start in the broom closet, and now grow to a team that impacts every aspect of the campaign.

He posits that the Republican Party should learn from President George H.W. Bush, who recently passed away. “He led a life of public service, he put the country first.” The GOP, Hills adds, would do well to remember the code by which George H.W. Bush lived: “Tell the truth. Don’t blame people. Be strong. Do your best. Try hard. Forgive. Stay the course.” Such advice may not guarantee a win in every election; but it provides a noble blueprint to follow.

As for what role he will play in 2020, he’s unsure. But there’s no doubt in his mind that his career in politics has been “the thrill of a lifetime.” 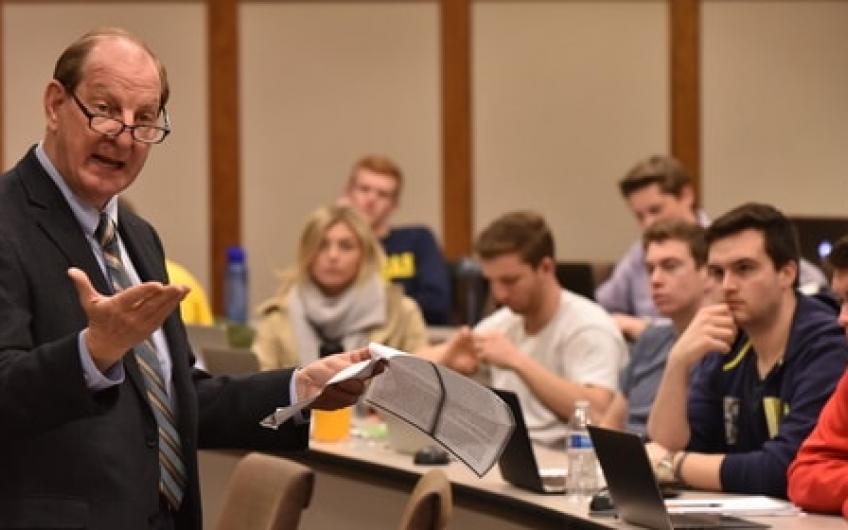