Responding to the “Democratic Backslide” in Central and Eastern Europe

Please join us for a virtual seminar with Kinga Brudzinska, Program Director of Future of Europe for GLOBSEC Policy Institute in conversation with John Ciorciari, director of Weiser Diplomacy Center. They will discuss major trends, challenges and opportunities for supporting democracy in central and eastern Europe—particularly the “V4” countries of Poland, the Czech Republic, Hungary and Slovakia. This event is open to all University of Michigan students. 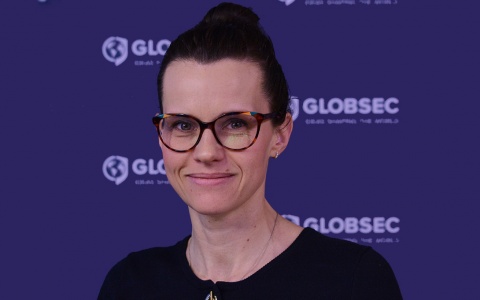 Join us for a conversation on current relations between the United States and China and possible paths forward given COVID and the upcoming U.S. elections. Panelists will include Kenneth Lieberthal, senior fellow emeritus at Brookings, Mary Gallagher, professor of political science, and Ann Lin, associate professor of public policy. Ford School Dean Michael Barr will moderate the discussion. 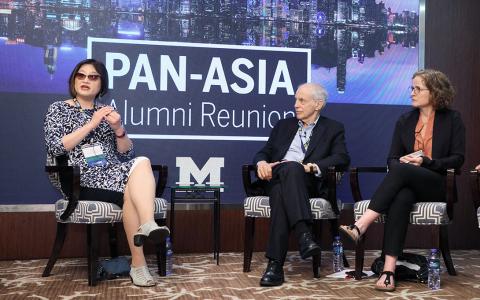 This paper studies the impact of FDI via quid pro quo (technology for market access) on facilitating knowledge spillover and quality upgrading.

We study spillover effects of corruption, i.e., whether and how public information regarding politicians’ malfeasance in other jurisdictions can affect corruption and rent seeking in the home jurisdiction.

Prison Labor: The Price of Prisons and the Lasting Effects of Incarceration

Institutions of justice, like prisons, can be used to serve economic and other extrajudicial interests, with lasting deleterious effects. 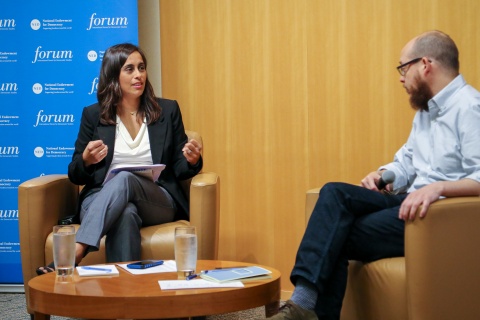 Please join us for a virtual seminar with Kara McDonald, Deputy Assistant Secretary at Bureau of Democracy, Human Rights, and Labor in conversation with Associate Professor John Ciorciari, director of the Weiser Diplomacy Center and International Policy Center. 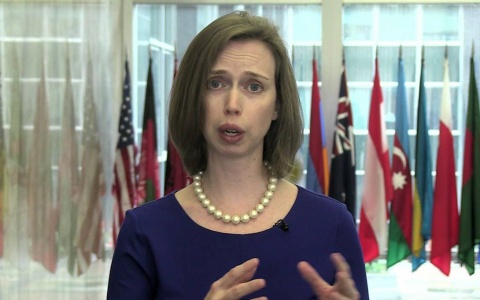 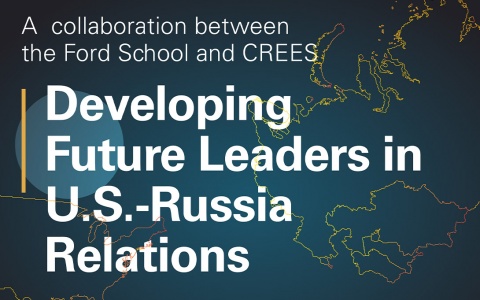 Please join us for a virtual seminar with Matt Dippell, Deputy Director for Latin America and the Caribbean Programs at the National Democratic Institute in conversation with Associate Professor John Ciorciari, director of the Weiser Diplomacy Center and International Policy Center. 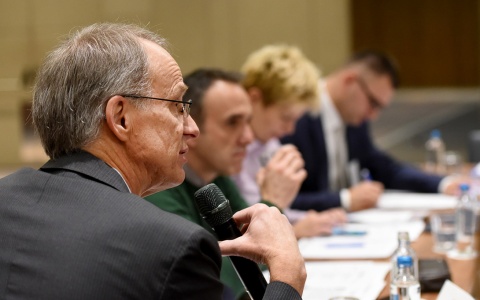 Local Trust in UN Peacekeeping Operations: Survey Evidence from the Democratic Republic of the Congo 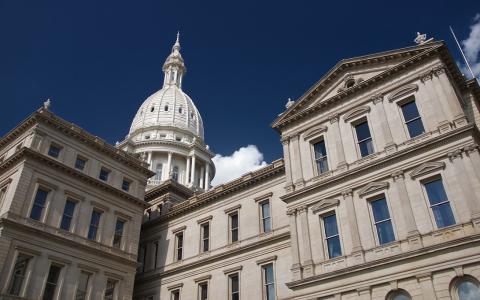 Weill Hall Room 3240
Please join us for a Career Talk & Seminar with Eric Beinhart and Gregory Ducot from U.S. Department of Justice in conversation with Associate Professor John Ciorciari, director of Weiser Diplomacy Center and International Policy Center about the Practice of International Development.

Killing the Chickens, Scaring the Monkeys? Demonstration Effects from PRC Coercion and Its Limits

Weill Hall Room 5240
Ja Ian Chong will host a talk at the Ford School on how China uses economic punishment to elicit desired behavior from other states. 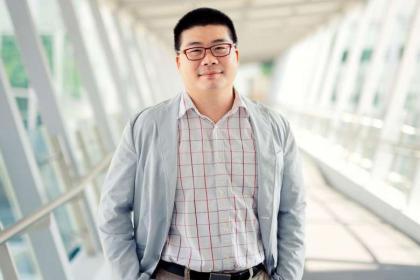 Annenberg Auditorium (1120) Weill Hall
This event will feature a conversation between noted Russian journalist and scholar Yevgenia Albats and Ambassador Susan Elliott, a recently retired U.S. diplomat, on the role of media and information in the evolving relationship between Russia and the United States. 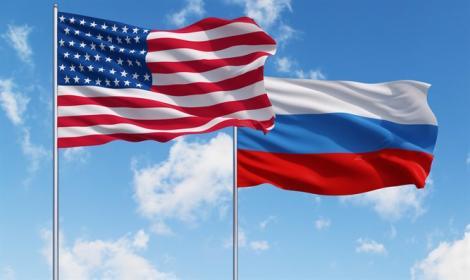 Asia as a Growth Pole: Past, Present, and Future

Weill Hall, Annenberg Auditorium
In this talk, Chang Yong Rhee, Director of the Asia and Pacific Department at the International Monetary Fund, will discuss Asia as a growth pole in the past, present, and future.

Joan and Sanford Weill Hall
We'll be celebrating this fall! Save the date and join us for the Ford School Reunion!

Burns Park Shelter
Join us for the 2019 IPC/WDC Welcome Picnic!

Rackham Auditorium
The Ford School is proud to celebrate the achievements of the graduating classes of 2019! 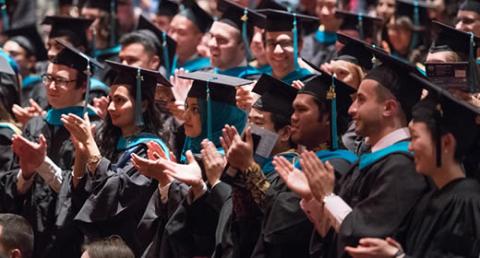 Weill Hall
Enjoy delicious food and live music as you tour the classrooms, spaces and suites of Weill Hall. 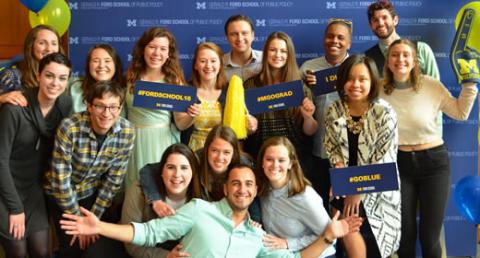 The Human Rights Crisis in Xinjiang

Annenberg Auditorium, 1120 Weill Hall
Over the past five years, a growing number of Xinjiang Uighurs have been sent to re-education camps by the Chinese government, most without trials or release dates.  Estimates have reached as high as one million detainees.   The Chinese government has framed these camps as schools that attack terrorist beliefs and give Uighurs the work and life skills necessary to thrive in a modern economy.  It has received very little pressure or public condemnation from its Central Asian neighbors, from Muslim countries, or from its trading partners in the developed world.  This human rights crisis raises questions central to the role and practice of diplomacy.  What justification is there for bringing foreign diplomatic pressure to bear on issues that a country defines as central to its identity and existence?  What do we know about the success of different types of advocacy, whether through diplomatic channels, pressure from international organizations, or NGO-led protest? To what extent does the crisis in Xinjiang affect the stability of Central Asia, or the fate of separatist movements in Tibet, Hong Kong, and Taiwan?

US/Brazil Bromance: What's in Store for Us?

Betty Ford Classroom, 1110 Weill Hall
Join the Weiser Diplomacy Center and American Academy of Diplomacy for a live recording of the latest episode of the podcast American Diplomat: The Stories behind the news. 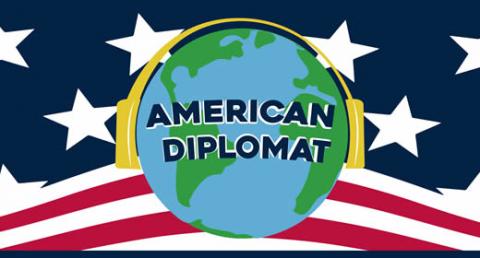 3240 Weill Hall
We present and explain the vertical organization of corruption in a traffic police agency.