Latin America is the region with the highest incidence of homicides per-capita in the globe. Whereas the region accounts for only 13 percent of the world's population, it reports around 40 percent of total homicides. In many areas, criminal groups contend the state for dominance as they cash in billions of dollars from the drug trade. The COVID health crisis has disrupted the drug market and the balance of power within criminal organizations. At the same time, countries across Latin America are struggling with weakening economies, massive unemployment, abusive police behavior, and the shadow of militarization and populism.

This panel brings together an interdisciplinary group of scholars to analyze the different channels in which the pandemic might accentuate criminal violence and other pre-existing public security challenges in the region. Examples will be drawn from Mexico, Brazil, Colombia, and Venezuela.

Edgar Franco-Vivanco is a MIDAS and NCID postdoctoral fellow at the University of Michigan. Edgar’s research agenda explores how colonial era institutions and contemporary criminal violence shape economic under-performance, particularly within Latin America. His dissertation-related book project studies the role Indigenous groups have played in the state-building process of the region since colonial times. Using extensive archival data of colonial Mexican courts, combined with automated text analysis, he examines the complex interactions between Indigenous communities and the colonial state. Edgar’s research on contemporary challenges to development focuses on criminal violence and policing. He is co-authoring a book that draws on extensive fieldwork in Rio de Janeiro, Brazil, to study the differentiated effects of state interventions against organized criminal groups.

Beatriz Magaloni is Professor in the Department of Political Science and a Senior Fellow at the Freeman Spogli Institute for International Studies (FSI) at Stanford University. She is also director of the Poverty, Violence and Governance Lab. Most of her current work focuses on state repression, police, human rights, and violence. In 2010 she founded the Poverty, Violence and Governance Lab (POVGOV) within FSI's Center on Democracy, Development and the Rule of Law. Her work has appeared in the American Political Science Review, American Journal of Political Science, World Development, Comparative Political Studies, Annual Review of Political Science, Latin American Research Review, Journal of Theoretical Politics and other journals. Her first book, Voting for Autocracy: Hegemonic Party Survival and its Demise in Mexico (Cambridge University Press, 2006), won the Best Book Award from the Comparative Democratization Section of the American Political Science Association and the 2007 Leon Epstein Award for the Best Book published in the previous two years in the area of political parties and organizations. Her second book, The Political Logic of Poverty Relief (co-authored with Alberto Diaz Cayeros and Federico Estévez), also published by Cambridge University Press, studies the politics of poverty relief.

Eduardo Moncada is Assistant Professor of Political Science at Barnard College, Columbia University. His research agenda focuses on the political economy of crime and violence as well as comparative urban politics in Latin America. Moncada is the author of Cities, Business and the Politics of Urban Violence in Latin America (Stanford University Press, 2016) and co-editor of Inside Countries: Subnational Research in Comparative Politics (Cambridge University Press, 2019). In his forthcoming book, Resisting Extortion: Victims, Criminals and Police in Latin America (Cambridge University Press), he analyzes the different ways in which victims mobilize to negotiate, end or prevent extortion at the hands of armed criminal groups. He has published articles in Perspectives on Politics, Latin American Research Review, Comparative Politics, Studies in Comparative International Development, and Global Crime, among others. Moncada's research has received support from the Fulbright-Hays program, the Harry Frank Guggenheim Foundation, the Smith Richardson Foundation, and the Ford Foundation / National Academy of Arts and Sciences.

Rebecca Hanson is Assistant Professor of Crime, Law & Governance at the University of Florida, with a joint appointment in the Department of Sociology and Criminology & Law and the Center for Latin American Studies. She has published research on Venezuela in the Journal of Latin American Studies; The Sociological Quarterly; Crime, Law, and Social Change; and REVISTA M. Estudos sobre a Morte, os Mortos e o Morrer. She has also published extensively in outlets such as The Christian Science Monitor, NACLA, The Conversation, and Insight Crime. Her book Harassed: Gender, Bodies, and Ethnographic Fieldwork, co-authored with Patricia Richards (University of Georgia) was published last year with University of California Press.

Sandra Ley is Assistant Professor at the Political Studies Division at the Center for Research and Teaching in Economics (CIDE). Prior to her arrival at CIDE, she was a visiting fellow at the Kellogg Institute for International Studies at the University of Notre Dame. Sandra studies criminal violence and political behavior. Her research focuses on the political consequences of criminal activity. Her most recent work examines how violence affects the activation of civil society, political participation and accountability. Sandra’s work includes several sources of information. She conducted extensive fieldwork in the north and south of Mexico; she designed an original post-election survey and built a unique database on protests against crime and insecurity in Mexico. Together with Guillermo Trejo, Associate Professor at the University of Notre Dame, she is the coauthor of the book Votes, Drugs, and Violence. The Political Logic of Criminal Wars in Mexico (Cambridge University Press, 2020). Her work has been published in British Journal of Political Science, Comparative Political Studies, Journal of Conflict Resolution, Latin American Politics and Society, Latin American Research Review, among other international academic journals. Sandra received her Ph.D. in Political Science from Duke University in 2014.

This event is funded in part by a Title VI National Resource Center grant from the US Department of Education.

*If there is anything we can do to make this event accessible to you, please contact us. Please be aware that advance notice is necessary as some accommodations may require more time for the university to arrange. Contact: alanarod@umich.edu

This event is sponsored by U-M's Center for Latin American & Caribbean Studies (LACS) and Department of Political Science, and co-sponsored by the Ford School's International Policy Center. 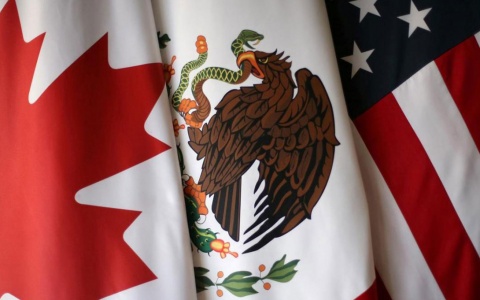 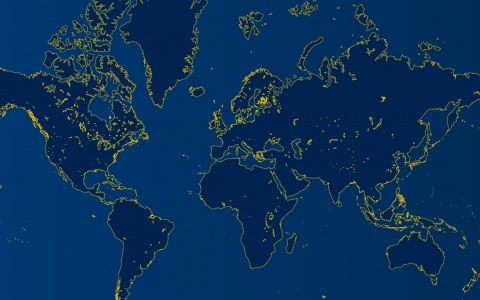