Please join us for a virtual seminar with Matt Dippell, Deputy Director for Latin America and the Caribbean Programs at the National Democratic Institute in conversation with Associate Professor John Ciorciari, director of the Weiser Diplomacy Center and International Policy Center. Dippell will talk about Democracy Support 101, his work in carrying out NDI's democratic development mission and organizing democracy strengthening programs focused on civil-military relations, political parties, civic organizing and elections.

Matt Dippell is deputy director of the Latin America and Caribbean team at NDI. For more than a decade, he has organized democracy strengthening programs on civil-military relations, political parties, civic organizing and elections in more than 15 countries. In addition, Mr. Dippell serves as an advisor on candidate debate programs and is NDI's liaison for projects around the world with the Commission on Presidential Debates, the independent nonprofit organization that has sponsored and produced all U.S. general election presidential debates since 1987. Before joining NDI, Mr. Dippell served as director of research at the Shipbuilders' Council of America, a trade association. He also worked as legislative assistant for foreign affairs and health care for Rep. Sid Morrison in the U.S. House of Representatives. Mr. Dippell received a master's degree in international relations from the Fletcher School of Law and Diplomacy at Tufts University and his undergraduate degree from California State University, Long Beach. He also studied at the Universidad Iberoamericana in Mexico City, Mexico. 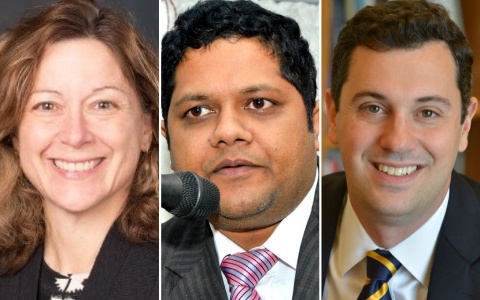