Join us for a panel discussion on Tribal issues, focusing on Tribes’ status as sovereign governments and current issues relating to tribal government. The panel will feature Riyaz Kanji, partner at Kanji & Katzen PLLC, and Bryan T. Newland, Chairperson of the Bay Mills Indian Community and former senior policy advisor to the Assistant Secretary of the Interior for Indian Affairs. Ford School professor Jenna Bednar will moderate the discussion.

A graduate of Harvard College and the Yale Law School, Riyaz served as a law clerk to the late Honorable Betty Fletcher of the United States Court of Appeals for the Ninth Circuit and Justice David Souter of the United States Supreme Court. He is a principal advisor to the Tribal Supreme Court Project, the formation of which he recommended to Tribal leaders two decades ago. Riyaz represents Tribes at all levels of the federal court system, and recently argued and won a case in front of the Supreme Court vindicating the continued existence of the Muscogee Creek Reservation in eastern Oklahoma.

Bryan Newland is the President of the Bay Mills Indian Community, a federally
recognized Indian tribe in Michigan’s eastern Upper Peninsula. Bryan was elected
to his position in November 2017. Prior to that, he served as the Chief Judge of
the Bay Mills Indian Community Tribal Court. He is also a member of the Board of
Trustees for the Michigan State University College of Law, where he occasionally
teaches as an Adjunct Faculty Member.

From 2009 to 2012, Bryan served as an appointee of President Barack Obama at
the Department of the Interior, where he was the Senior Policy Advisor to the
Assistant Secretary – Indian Affairs.  In that capacity, Bryan advised the Assistant
Secretary on issues ranging from gaming and land policies to energy and treaty
rights. He was instrumental in the Department of the Interior's efforts to acquire
nearly 200,000 acres of land in trust for tribes and individual Indians.  He also led
the effort to reform the Bureau of Indian Affairs; regulations governing leasing on
Indian lands, and worked to ensure passage of the landmark HEARTH Act of 2012.

Before serving at the Department of the Interior, Bryan served as the Michigan
Native Vote Coordinator for President Barack Obama's 2008 campaign, and joined
the Obama-Biden Presidential Transition Team in December 2008. Bryan also
worked with Hillary Clinton’s 2016 Presidential Campaign to help develop its
Indian Affairs policy proposals. Newland is an alumnus of the Michigan State University College of Law's Indigenous Law Program, as well as the James Madison College at Michigan State University. 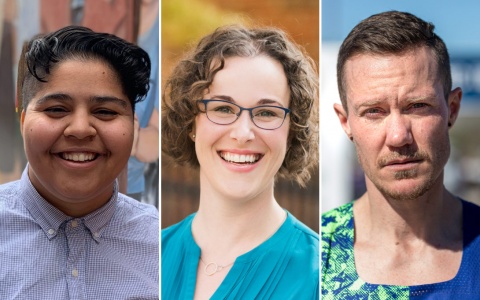