This in-person event is open to current University of Michigan students, faculty, and staff. Doors open at 3:30 pm, registration and check-in is required. UM COVID related health policies will be followed including a wearing of masks and checking of the Responsiblue app.

The Gulf region, Saudi-Iranian relations, and Iranian American talks are in transition. 2021 has witnessed de-escalation between the Gulf States and a clear intent to commit to dialogue rather than threats. The Saudis and Iranians are in direct talks in Baghdad. Reports about the resumption of diplomatic relations between the Gulf’s pillars engender cautious optimism that we will see an end to five years of escalating tensions that brought the Gulf to the brink of war several times.

However, the Biden Administration and Iran’s new conservative president are still struggling to resume the nuclear deal talks. The U.S. is trying to leverage the Trump-imposed sanctions on Iran to expand the scope of the JCPOA while Iran seeks leverage by increasing uranium enrichment to unprecedented levels. Meanwhile, Israeli politicians keep talking about a “Plan B” implying a vague use of force to stop Iran’s nuclear program. Furthermore, Riyadh, Washington, and Tehran (or their proxies) continue to clash in Yemen, Iraq, Syria, and Lebanon.

These events continue to play out against a backdrop of an apparent U.S. intent to “recalibrate,” i.e., reduce, its presence in the Middle East. Some argue that Biden’s withdrawal from Afghanistan “at all costs,” coupled with the withdrawal of air defense systems from Saudi Arabia indicate that Washington has a decreased interest in its commitment to its GCC partners’ security. Others argue that despite the Biden foreign policy repositioning of military forces to confront China in the Indo-Pacific region, Washington still regards the Middle East as a key battleground in its hegemonic competition with Beijing.

Will the U.S. and Iran find common ground on the JCPOA, and if so, how? What can we expect of the Saudi-Iranian de-escalation efforts? How do domestic politics in Saudi Arabia, the U.S. and Iran play a role in making (or not making) a deal? How does the apparent American reduction of force in the Gulf play into regional states’ calculations?

Dr. Dania Thafer is the Executive Director of Gulf International Forum. Her area of expertise is on the Gulf region’s geopolitics, U.S.-Gulf relations, and the political economy of the Gulf Cooperation Council (GCC) states. She is also a Professorial Lecturer at the Center for Contemporary Arab Studies at Georgetown University. Dr. Thafer been widely published on matters concerning the Arab Gulf states including several articles and publications. She has co-authored two edited books: “The Arms Trade, Military Services and the Security Market in the Gulf States: Trends and Implications” and “The Dilemma of Security and Defense in the Gulf Region”. Dr. Thafer is currently writing a book focused on the effect of state-business relations on economic reform in the GCC states. Previously, she worked at the National Defense University’s Near East South Asia Center for Strategic Studies. Dr. Thafer has a master’s degree in Political Economy from New York University, and PhD specialized in the Political Economy and International Relations of the GCC states from American University in Washington, DC.

Ambassador John Limbert is a retired Foreign Service Officer and academic. In 2018 he ended twelve years as Class of 1955 Professor of Middle Eastern Studies at the U.S. Naval Academy. During a 34-year dip­lomatic career, he served mostly in the Middle East and Islamic Africa (including two tours in Iraq), was Ambassador to the Islamic Republic of Mauritania, and served as deputy assistant secretary of state responsible for Iranian affairs. Beginning in 1964, he worked in Iran as a university and high school teacher, and later served at the U.S. Embassy in Tehran, where he was held hostage in 1979-81. He has authored numerous books and articles on Middle Eastern subjects. He and his wife, the former Parvaneh Tabibzadeh, reside in Long Island City, Queens, New York.

Dr. Hesham Alghannam is Senior Advisor and Program Director of the International Studies Program, Gulf Research Centre (GRC) Cambridge. He is a Saudi political scientist and a former Fulbright fellow at the Monterey Institute of International Studies, where he received a master’s degree in international policy studies. He holds a PhD from the University of Exeter. He worked with the major research centers of the Middle East on issues such as conducting fieldwork in conflict zones, ballistic missiles, the political economy of the GCC, social movements, the Arab upheavals, political Islam, war strategies and crisis management. Dr. Alghannam is a regular speaker at international media outlets, think tanks and research centers. He is currently interested in developing research centers and training specialized cadres and programming electronic tools capable of analyzing advanced data using PHP and Python. Alghannam also has advanced degrees in technology, decision making process, automation of electronic models, electronic maps, automated publishing, visual modelling and content management.

Professor David Des Roches is currently Associate Professor of at the Near East South Asia Center for Security Studies. Prior to this, he was the Defense Department director responsible for policy concerning Saudi Arabia, Kuwait, Qatar, Bahrain, Oman, the United Arab Emirates and Yemen. Prior to this assignment, he has served in the Office of the Secretary of Defense as Liaison to the Department of Homeland Security, as senior country director for Pakistan, as NATO operations director, and as deputy director for peacekeeping. His first job in government was as a special assistant for strategy and later as the international law enforcement analyst in the White House Office of National Drug Control Policy. He graduated from the United States Military Academy and obtained advanced degrees in Arab Politics from the University of London School of Oriental and African Studies, in War Studies from Kings College London, and Strategic Studies from the US Army War College. He has also attended the Federal Executive Institute, the German Staff College’s Higher Officer Seminar, the US Army John F. Kennedy Special Warfare School and the US Army Command and General Staff College.

Negar Mortazavi is an Iranian-American journalist and political analyst based in Washington DC, who has been covering Iranian affairs and US-Iran relations for over a decade. She is a columnist for The Independent and host of the Iran Podcast. She is a frequent media analyst on Iran and US foreign policy, has appeared on CNN, MSNBC, NPR, BBC, France24, Aljazeera, and international media outlets in China, Turkey, and Israel. She has interviewed prominent political, social, and cultural figures including American boxing champion Muhammad Ali, Iranian foreign minister Javad Zarif, U.S. Assistant Secretary of Treasury, U.S. State Department spokesperson Alan Eyre, and former political prisoner Sarah Shourd among others. She regularly writes about Iranian politics and US foreign policy towards the Middle East. Her work has been published in Foreign Policy magazine, The Intercept, Politico, Huffington Post, and elsewhere. She frequently speaks about Iranian affairs at universities and academic institutions including MIT, Princeton, Johns Hopkins, University of Maryland, and American University. In 2021 she was featured in Forbes magazine among 30 inspirational women who have made great achievements in various fields and continue to break boundaries in their work and life. In 2021 she was also named among 40 Under 40 Iranian-Americans who have made an enormous impact on their community and country. In 2020, she was named a MENA-American young leader in foreign policy by New America, among a group of talented leaders in diplomacy, national security, international development, and politics who possess unique perspectives that have been integral in re-shaping the discourse around the future of U.S. foreign policy in the Middle East and North Africa. 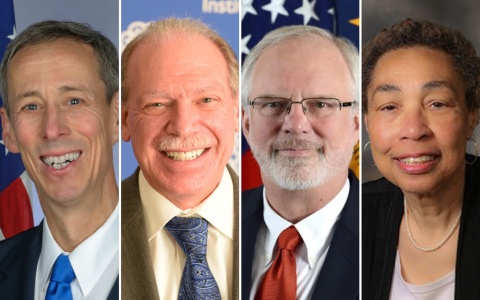