We have witnessed COVID’s disruption of almost everything that enables us to flourish. But what is flourishing? We do ourselves a lasting disservice by returning to the pre-pandemic status quo, in which we measured well-being and prosperity in the transactional terms of economic growth and rising GDP. Proposed correctives tinkered on the margins, ignoring the many who inhabit and experience precarious, unpredictable realities.

The health of the social fabric relies on the interconnections among people in societies and environments. We must rediscover a deeper sense of shared social purpose and re-think the fundamental logic and premise of what constitutes human flourishing and successful societies. What are the structural design principles and guiding visions for a new framework of relational flourishing that integrates humans, ecologies, and institutions in a social economy of community, care, dignity, meaning, and sustainability? How do such visions involve corporations, engage technology, and relate to the robustness of democracy in the governance of true human flourishing? What are the measures of success?  Join Jenna Bednar, Hilary Cottam, and James Manyika in conversation with Gillian Tett as they consider such questions and outline possible, realistic directions for meeting the challenges of poverty, inequality, and injustice, embedded within new moral political economies of shared prosperity and flourishing.

This event is produced by the Center for Advanced Study in the Behavioral Sciences in partnership with the William and Flora Hewlett Foundation, the Gerald R. Ford School of Public Policy at the University of Michigan, the McKinsey Global Institute, New America, and Stanford SPARQ.

Jenna Bednar is professor of political science and public policy at the University of Michigan, a member of the external faculty at the Santa Fe Institute, and the Edie N. Goldenberg Endowed Director of Michigan in Washington.  Her research focuses on how collective action builds social goods and the role that government plays in making that collaboration possible. Current work includes: robust system design, especially of federalism; how culture affects the way people respond to laws and norms;  and public policy to support human social flourishing.  In 2019, her book The Robust Federation: Principles of Design was awarded the APSA Martha Derthick Best Book Award in recognition of its enduring contribution to the study of federalism.  In 2020, she was named APSA Daniel Elazar Distinguished Federalism Scholar.

Hilary Cottam OBE is an internationally acclaimed social entrepreneur working with communities and governments around the world to design collaborative, affordable solutions to big social challenges. Innovations include new approaches to employment, care, ageing and chronic health conditions. Transformation is achieved through an emphasis on human relationships supported by technology. Her current work focuses on the need for a ‘fifth social revolution’: to enable widespread flourishing in this century as work, society and our economies go through deep structural change. Hilary’s book Radical Help on the future of welfare was published to widespread acclaim in 2018 by Little Brown UK. Her TED talk on the future of social systems has had over 750,000 views. Hilary was educated at Oxford, Sussex and the Open University. She is an Honorary Professor at the UCL Institute for Innovation and Public Purpose. Hilary has been recognised by the World Economic Forum as a Young Global Leader and was named UK Designer of the Year in 2005 for her work pioneering social design. She was awarded an OBE in 2019 for services to the welfare state.

James Manyika is a senior partner at McKinsey & Company, chairman and director of McKinsey Global Institute and member of McKinsey’s board. Based in Silicon Valley for over 20 years, James has worked with the chief executives and founders of many of the world’s leading tech companies. James has led research on the digital economy, the future of work, productivity, growth, competitiveness, and corporations in the 21st century. Earlier, James published a book on AI and robotics, another on global trends as well as articles and reports. James was appointed by President Barack Obama to serve as vice chair of the Global Development Council at the White House, and by U.S. Commerce Secretaries to the Commerce Department’s Digital Economy Board and the National Innovation Board. He has served on national and international taskforces, recently appointed by the governor to co-chair California’s Future of Work Commission. He serves on the boards of the Council on Foreign Relations, and the Hewlett, MacArthur, Markle Foundations. He also serves on board of the Broad Institute of MIT and Harvard, and on advisory boards at Oxford, Stanford, MIT, as well as Harvard’s Hutchins Center for African and African American Research. He is a member of the National Academies of Science, Engineering and Medicine Committee on Responsible Computing. He has been elected a fellow of the American Academy of Arts and Sciences, a distinguished fellow of Stanford’s AI Institute, a visiting fellow of All Souls College, Oxford, a fellow of the Royal Society of Arts, and a fellow of DeepMind.

Gillian Tett is chair of the editorial board and editor-at-large, US of the Financial Times. She writes weekly columns, covering a range of economic, financial, political and social issues.In 2014, she was named Columnist of the Year in the British Press Awards and was the first recipient of the Royal Anthropological Institute Marsh Award. In June 2009 her book Fool’s Gold won Financial Book of the Year at the inaugural Spear’s Book Awards.Tett’s past roles at the FT have included US managing editor, assistant editor, capital markets editor, deputy editor of the Lex column, Tokyo bureau chief, and a reporter in Russia and Brussels. 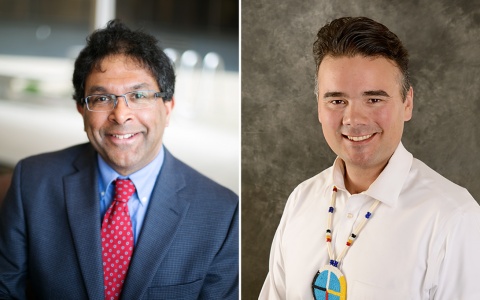 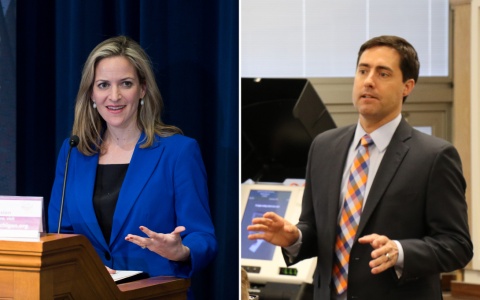