Eric Schmitt and Dave Philipps will join Associate Professor of Practice Javed Ali in a conversation about their reporting, how it evolved, and the impact it has had on changing US policy with respect to civilian casualties that now extends outside the realm of just counterterrorism operations.

In the aftermath of the al-Qa'ida attacks against the United States, over the past two decades the US military engaged in a global counterterrorism campaign first against that group and its affiliates and then ones like ISIS in order to disrupt terrorist plots and protect US interests at home and abroad.  While the US military operates under the laws of war and other legal and policy frameworks to minimize civilian casualties to the greatest extent possible, unfortunately there have been times when civilians have been harmed in US strikes and when guidelines were either not followed or curtailed.  A team of reporters from the New York Times-including long time national security reporters Eric Schmitt and Dave Philipps--won a Pulitzer Prize earlier this year for their stories that described the impact of these errant US counterterrorism operations at both the policy and human levels.

Eric Schmitt is a senior writer covering terrorism and national security for The New York Times. Since 2007, he has reported on terrorism issues, with assignments to Pakistan, Afghanistan, North Africa, Southeast Asia among others. He is the co-author, with the Times’s Thom Shanker, of Counterstrike: The Untold Story of America’s Secret Campaign Against Al Qaeda, published in 2011. He was first appointed as a Pentagon correspondent for The Times in May 1990. Mr. Schmitt served this position until February 1996, and then again from Sept. 11, 2001, until 2006, covering issues of national security. Between 1996 and 2001, he worked as a domestic correspondent covering, among other subjects, Congress and immigration.

Dave Philipps is an investigative journalist and national military correspondent for The New York Times. His work has won nearly all of the major awards recognizing excellence in journalism, including The Livingston Award for young journalists, The Polk Award for investigative reporting, and The Pulitzer Prize for national reporting. He got his start in journalism working for his home-town paper, The Colorado Springs Gazette, where his work gravitated towards revealing the unseen toll of repeated deployments to Iraq and Afghanistan on soldiers are nearby Fort Carson. In writing about the military, he has always sought to focus on the rank and file, far from Washington, who are directly impacted by national policies. He lives in Colorado Springs with his wife and two sons. 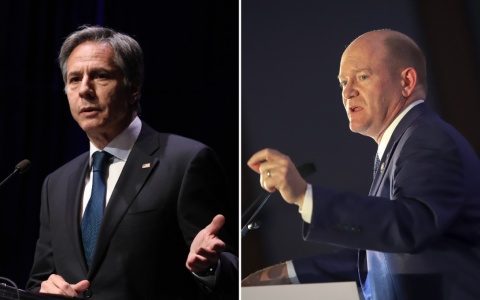