This event begins with a guided bus tour of the City of Detroit, to provide a first hand look at areas of the city that demonstrate the wide range of neighborhood experiences, from those in stress to those already undergoing extensive revitalization. After the tour, the panel discussion will focus on the Detroit Works Project, and the role of community groups in efforts to revitalize the city.

Maggie DeSantis is a native Detroiter who has worked in the community development field in Detroit for over thirty five years, both professionally and as a volunteer. She is a graduate of Wayne State University and Central Michigan University, as well as the National Internship in Community Economic Development. After tenures at New Detroit, Inc. and Neighborhood Service Organization, she was named the first Executive Director of the Warren/Conner Development Coalition (WCDC) in 1984 and now serves as its President. In its 26 years of existence WCDC has evolved into one of Detroit's largest and leading community development organizations, pioneering successful community-based economic development strategies; creating a nationally-recognized youth substance abuse prevention/after school program model; and serving as a key Eastside advocacy organization.

Reynolds Farley after teaching at Duke, came to the University of Michigan in 1967 where he has held appointments at the Population Studies Center and the Institute for Social Research. His teaching and research focused upon demographic trends in the United States with an emphasize upon racial issues. For more than a dozen years, he taught the course: The History and Future of Detroit. Along with Sheldon Danziger and Harry Holzer, he wrote Detroit Divided and maintains the website: www.Detroit1701.org.

Rev. Jerome L. Warfield, Sr is a family man, his wife Jacqueline, daughter, Jessica, sons, Jerome and Justin are the essence of his life. Rev. Warfield is highly respected, spiritually led, and actively involved throughout the Metro Detroit community. He is Pastor of Mt. Vernon Missionary Baptist Church. Under Pastor Warfield's leadership, Mt Vernon has grown in more than just numbers. There are more than 20 active and thriving ministries under his able leadership. Pastor Warfield uses every spiritual gift given to him to spread the gospel. He preaches, teaches, leads and motivates. He also consults to the University of Michigan, Skillman Foundation, LISC, and others concerning neighborhood collaborative partnerships. Additionally, Pastor Warfield is Chairman of Trinity Community Development, Mt. Vernon's 501c3 organization. Through this ministry, Pastor Warfield founded Trinity's Youth Tech Leadership Training Academy. The academy trains young people in basic leadership principles and computer skills utilizing a computer based curriculum. The Youth Tech Leadership Training Academy has already received national recognition from the Department of Justice and the National Urban Technology Center of Manhattan, NY. Rev. Warfield is Chairperson Emeritus of the Brightmoor Alliance, a coalition of organizations dedicated to serving northwest Detroit's Brightmoor community. Under Pastor Warfield's leadership, Brightmoor Alliance has increased its membership from 33 to over 70 organizations. The members of the Alliance share a vision for the community that is built on faith, and provides opportunities for all residents of the community to pray, grow, learn, thrive and play. Rev. Warfield is also Chairman of the board of The Detroit Police Commission appointed by Mayor Dave Bing.

Marja M. Winters is the Deputy Director of the City of Detroit Planning and Development Department. In this capacity, she oversees the operations of nearly 200 employees who staff the department's six divisions: Financial and Resources Management, Housing Services, Neighborhood Support Services, Planning, Real Estate Development and the Office of Neighborhood Commercial Revitalization (ONCR), where she served as Director the preceding two years. As Director of the Mayor's Office of Neighborhood Commercial Revitalization (ONCR), Winters worked with community development organizations, volunteers, entrepreneurs and local merchants to revitalize older commercial districts in targeted areas and encouraged small business creation and growth. Before joining the City of Detroit, Wayne County Executive Robert A. Ficano appointed Winters as Department Executive for Wayne County Parks. While serving three years in this capacity, she worked on several Special Projects including leading the campaign to renew the Parks Millage, developed the framework for Wayne Reads! a comprehensive literacy program, and managed a collaboration to reduce violence and promote conflict resolution throughout Wayne County. A career public servant, Winters displays her commitment to the City of Detroit through her profession and her strong community involvement. Respected among her peers in the young professional community, Winters is a visible and vocal advocate for civil rights, community empowerment and civic engagement. She is 3rd Vice-President of the Detroit Branch NAACP Executive Committee, Chair of the Detroit Branch NAACP's Political Education Committee, Co-Advisor to the Detroit NAACP Youth Council, Team Leader of the Community & Economic Development Ministry and Children's Church Instructor at Life Changers International Ministries. In January 2008, Winters was appointed by Governor Jennifer Granholm to serve a two-year term on the Michigan Judicial Tenure Commission. Marja M. Winters is a current student of The Urban Ministry Institute, a graduate of the University of Michigan and holds a B.A. in Political Science and a Master of Urban Planning. 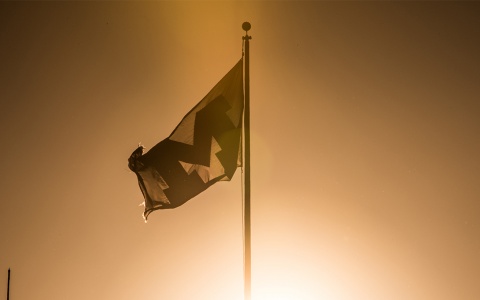