Free and open to the public Join the conversation on Twitter: #policytalks

About the event: Please join us as Kenneth Lieberthal returns to the University of Michigan for a lecture on current U.S-China relations under President Obama's new foreign policy team. Lieberthal will also take questions from the audience and from Twitter.

From the speaker's bio: Kenneth Lieberthal is senior fellow in Foreign Policy, Global Economy, and Development and also at the John L. Thornton China Center at the Brookings Institution. He served as director of the China Center from July 2009-August 2012. He is professor emeritus at the University of Michigan where, until 2009, he was Arthur F. Thurnau Professor of Political Science and William Davidson Professor of Business Administration. He earlier taught at Swarthmore College from 1972-83. Lieberthal served as special assistant to the president for national security affairs and senior director for Asia on the National Security Council from 1998-2000. His government responsibilities encompassed American policy toward all issues involving Northeast, East, and Southeast Asia. Lieberthal has written and edited twenty-four books and monographs and authored about seventy-five articles and chapters in books. His books and monographs include, inter alia: Bending History: Barack Obama's Foreign Policy (2012), Addressing U.S.-China Strategic Distrust(2012), and Cybersecurity and U.S.-China Relations (2012). His recent articles include, inter alia: "Bringing Beijing Back In," Big Bets and Black Swans (2013) and "Scoring Obama's Foreign Policy," (Foreign Policy (May/June 2012). He has consulted widely on Chinese and Asian affairs for the U.S. Departments of State, Defense, and Commerce, the World Bank, the Kettering Foundation, the Aspen Institute, the United Nations Association and corporations in the private sector. He is a member of the Council on Foreign Relations in New York and the Cosmos Club in Washington. He has a BA from Dartmouth College, and two MAs and a PhD in political science from Columbia University. [View pictures from the event on Flickr] 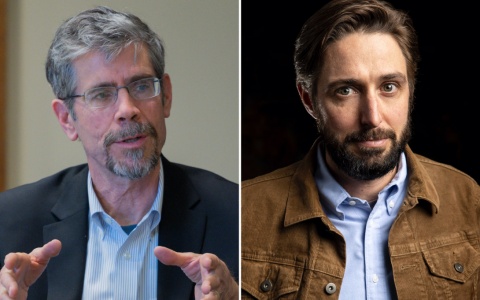