About the event: Avik Roy, opinion editor at Forbes, Senior Fellow at the Manhattan Institute, and former health policy advisor to then presidential candidate Mitt Romney, will debate Jonathan Cohn, senior editor at the New Republic and author of Sick, over the viability of the Affordable Care Act. This event is made possible through the generous support of the Gilbert S. Omenn and Martha Darling Health Policy Fund.

Avik Roy is a Senior Fellow at the Manhattan Institute. In 2012, Roy served as a health care policy advisor to Mitt Romney. In December 2013, he was named the Opinion Editor at Forbes, and also serves as principal author of The Apothecary, the influential Forbes blog on health care policy and entitlement reform. He is a columnist for National Review Online, and is a frequent guest on television news programs. He is the author of How Medicaid Fails the Poor, published by Encounter Books in 2013. At the Manhattan Institute, Roy's research interests include the Affordable Care Act, universal coverage, entitlement reform, international health systems, and FDA policy. Roy is the founder of Roy Healthcare Research, an investment research firm in New York. Previously, he served as an analyst and portfolio manager at Bain Capital, J.P. Morgan, and other firms.

Jonathan Cohn is a senior editor at the New Republic, where he covers domestic policy and politics. He is the author of Sick: The Untold Story of America's Health Care Crisis—and the People Who Pay the Price. Jonathan has been recognized in the pages of The Washington Post as "one of the nation's leading experts on health care policy" and in the New York Times as "one of the best health care writers out there." He has won the Sidney Hillman and Harry Chapin media awards. Prior to joining the New Republic, Jonathan was executive editor of the American Prospect. He is a frequent public speaker and radio/television analyst. His articles have also appeared in The Atlantic, New York Times Magazine, and Self, among other publications. 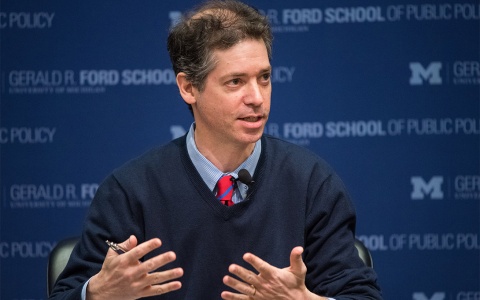