Free and open to the public. Reception to precede the event.

Out in Public hosts a panel with Douglas Brooks, Director of the Office of National AIDS Policy at the White House; Noël Gordon, Senior Specialist for HIV Prevension & Health Equity at the Human Rights Campaign; and K. Rivet Amico, Research Associate Professor at the University of Michigan School of Public Health. The panel will be moderated by Paula Lantz, Associate Dean for Research & Policy Engagement at the Ford School.

Douglas M. Brooks, MSW, is the Director of the Office of National AIDS Policy. He is the President’s lead advisor on domestic HIV/AIDS and is responsible for overseeing implementation of the National HIV/AIDS Strategy and guiding the Administration’s HIV/AIDS policies across Federal agencies.

Prior to joining the Administration, Brooks was the Senior Vice President for Community, Health, and Public Policy at the Justice Resource Institute (JRI), a regional health and human service agency with a range of residential and community-based services in Massachusetts, Rhode Island, Connecticut, and Pennsylvania. He also previously served as Executive Director of the Sidney Borum Jr. Community Health Center.

Brooks’s prior work includes directly managing and/or overseeing the management of federally funded projects, including Ryan White programs for adolescents, CDC Prevention for African American/Black youth, and a HRSA and HOPWA Special Project of National Significance (SPNS). For twelve years he represented the Commonwealth of Massachusetts as part of the Massachusetts-South Africa Health Task Force.

Brooks was a Visiting Fellow at the McCormack School Center for Social Policy at the University of Massachusetts, Boston, and served as Chair of the Board of Trustees of AIDS United in Washington, DC. In 2010, Douglas was appointed to The Presidential Advisory Council on HIV/AIDS (PACHA) and subsequently named that body’s liaison to the CDC/HRSA Advisory Committee.

Brooks, a person living with HIV, earned a Bachelor of Science from Lesley University, a Master of Social Work from Boston University, and is a licensed clinical social worker in Massachusetts.

Noël Gordon was born in Brooklyn, New York to a single mother, a nurturing grandmother, and two very courageous aunts - all of whom immigrated to the United States from a coastal city in central Panama. He joined the Human Rights Campaign in 2013, and currently serves as Senior Specialist for HIV Prevention and Health Equity. In this role, Noël works to educate LGBT people and allies about the current realities of HIV and other health disparities in order to help them lead longer, healthier lives.

Noël's work on LGBTQ issues has been mentioned or quoted in more than 300 publications across the country, including the Associated Press, Boston Globe, Boston Herald, San Francisco Chronicle, Huffington Post, Advocate Magazine, and USA Today. He is the recipient of numerous awards and fellowships, including the Point Foundation Scholarship, Harry S. Truman Foundation Scholarship, and the Benjamin A. Gilman Scholarship. He's been called a “Black LGBTQ Leader to Watch," speaking in front of crowds at conferences such as 2014 National African American MSM Leadership Conference and the 2015 U.S. Conference on AIDS

An openly gay, Black man with Afro-Caribbean and Latino roots, Noël is passionate about building bridges between people and communities. He holds a Bachelor's degree in Political Science from the University of Michigan, Ann Arbor and completed a law and policy fellowship at the University of California, Berkeley. In his spare time, Noël enjoy gay kickball, political dramas, and slam poetry.

Dr. K. Rivet Amico is an active contributor in the areas of HIV-prevention and treatment social-behavioral theory development, intervention implementation and evaluation and measurement. Her research focuses on practical work that can effectively advance the reach and quality of HIV-care and prevention services available domestically and internationally and the uptake of available services. Dr. Amico's program of research includes PrEP uptake and adherence, antiretroviral medication adherence, HIV testing and linkage to care, retention and re-engagement in care, engagement in care for chronic medical conditions, application of marketing to health behavior, research design and methods in behavioral science, stigma, and standard of care as evidence (practice-based evidence).

Paula Lantz is the Associate Dean for Research and Policy Engagement and a professor of public policy at the Ford School.  She most recently was professor and chair of the Department of Health Policy and Management at the Milken Institute School of Public Health at George Washington University.  From 1994-2011, she was faculty member at the University of Michigan with a primary appointment in the School of Public Health, and affiliations with the Ford School and the Institute for Social Research. Dr. Lantz, a social demographer, studies the role of public health in health care reform, clinical preventive services (such as cancer screening and prenatal care), and social inequalities in health. She is particularly interested in the role of health care versus broad social policy aimed at social determinants of health in reducing social disparities in health status. She is currently doing research regarding the potential of social impact bonds to reduce Medicaid expenditures.  Lantz received an MA in sociology from Washington University, St. Louis, and an MS in epidemiology and PhD in sociology from the University of Wisconsin.

This event is hosted by Out in Public and co-sponsored by the Gerald R. Ford School of Public Policy, OUTBreak, the Spectrum Center, and the Human Rights Campaign. This event is made possible through the generous support of the Gilbert S. Omenn and Martha A. Darling Health Policy Fund. 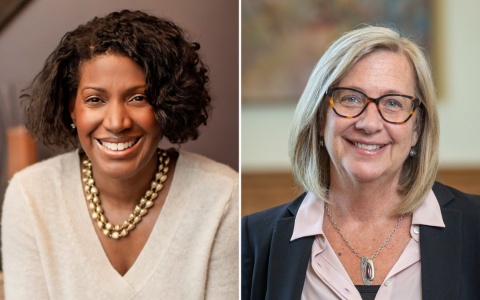 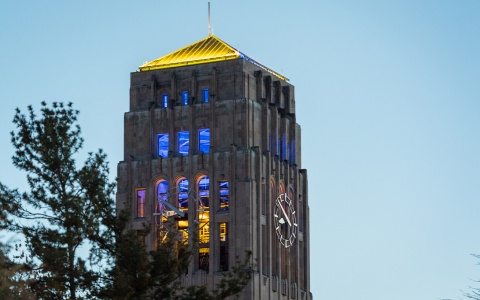 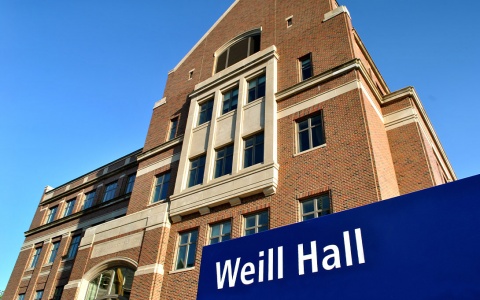