With decentralization, borrowing (debt) by states/provinces and cities/local governments (i.e. subnational governments) has increased in many countries, so has the risk of insolvency and unfunded liabilities. When a government goes broke, public services suffer. The speaker, co-editor of a recent World Bank publication, will discuss key findings of the book: how countries – Brazil, China, Colombia, France, Hungary, India, Mexico, the Philippines, Russia, South Africa, and the United States – have carried out reforms to address subnational insolvency and moral hazard in debt restructuring. In this broader context, the speaker will also discuss the ongoing reform in China – the new budget law and regulations aiming at developing a modern regulatory framework for subnational debt.

Lili Liu is a Lead Economist at the World Bank, Washington DC. She has led the World Bank policy research on sub-sovereign finance in the context of macroeconomic adjustment, infrastructure financing, and capital market development, and has numerous publications. She has worked on the World Bank operations and advisory services in many countries. She has been invited to speak at international conferences including those organized by the APEC, European Commission, the International Monetary Fund, and governments of China, India, Italy, Poland, Russia, and Turkey. She has a Ph.D in Economics from the University of Michigan.

All chapters can be downloaded for free from the World Bank open knowledge depository.

Sign up for information about news and events from the Ford School.
4:00-5:30 pm 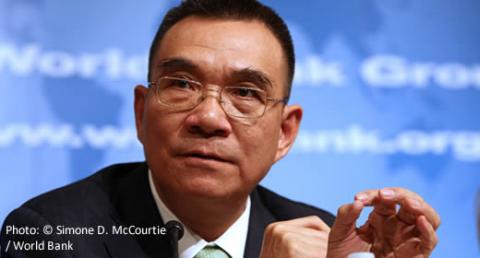