Join the conversation and ask questions on Twitter: #fordschoolvotes

The Ford School will host an informal panel of experts moderated by Paul Courant to discuss the results and projected policy implications of 'Decision 2016'.

John D. Dingell, Jr. is an American politician who was a member of the United States House of Representatives from December 1955, until January 2015. He represented Michigan throughout his congressional tenure and most recently served as the representative for Michigan's 12th congressional district. Though decennial reapportionment reshaped the borders of his district over time, Dingell was re-elected to office for an historic 29 additional terms. During his House career, Dingell rose to the powerful chairmanship of the Energy and Commerce Committee (97th–103rd Congresses and 110th Congress; 1981–1995 and 2007–2009). As such, he played a highly influential role in legislation ranging from the automobile industry and energy policy, to the environment and health care. Having served for over 59 years, he has the longest Congressional tenure in U.S. history. He was also the longest-serving Dean of the U.S. House of Representatives and the Dean of the Michigan congressional delegation. Dingell is one of the final two World War II veterans to have served in Congress. President Barack Obama awarded him the Presidential Medal of Freedom in 2014.

Mara Cecilia Ostfeld is an Assistant Professor in the Department of Political Science at the University of Michigan. Her research broadly focuses on the relationship between race, media and political attitudes. She is currently working on projects exploring how exposure to Spanish-language political media affects patterns of Latino political identification, and the effect of different media frames on attitudes toward American political parties and immigration policy. During national elections, Mara also works as an analyst at Telemundo.

Betsey Stevenson is an associate professor of public policy at the Gerald R. Ford School of Public Policy, with a courtesy appointment as an associate professor of economics in the College of Literature, Science, and the Arts. She is also a Research Associate with the National Bureau of Economic Research, a Fellow of the Ifo Institute for Economic Research in Munich, and serves on the Board of Directors of the American Law and Economics Association. Betsey recently completed a two-year term as an appointed member of the White House Council of Economic Advisers. She served as the Chief Economist of the US Department of Labor from 2010 to 2011. Stevenson is a labor economist whose research focuses on the impact of public policies on the labor market. Her research explores women's labor market experiences, the economic forces shaping the modern family, and the potential value of subjective well-being data for public policy.

Marina v.N. Whitman is Professor of Business Administration and Public Policy at the University of Michigan. From 1979 until 1992 she was an officer of the General Motors Corporation, first as Vice President and Chief Economist and later as Vice President and Group Executive for Public Affairs, which included the Economics, Environmental Activities, Industry-Government Relations and Public Relations staffs. She also serves or has served as a Director of several leading multinational corporations. Prior to her appointment at GM, Professor Whitman was a member of the faculty in the Department of Economics at the University of Pittsburgh, beginning as an instructor in 1962 and becoming Distinguished Public Service Professor of Economics in 1973. She served as a member of the President's Council of Economic Advisers in 1972-73, while on leave from the University.

Ambassador Ronald Weiser, a University of Michigan Business School graduate, and Ann Arbor resident, founded McKinley Associates, a national real estate investment firm, in 1968 and served as its Chair and CEO until 2001. McKinley owns or manages real estate in excess of $2.8 billion located in 20 states. He served on the Boards of numerous non-profit organizations including Artrain USA, UNCF, and the Michigan Theater. He has chaired numerous political and judicial campaigns, served as the Michigan Finance Chair for Bush for President (1999-2000) and was National Co-Chair for Senator John McCain (2007-2008). In 2001, Weiser was appointed by President Bush as Ambassador to the Slovak Republic. Their experience inspired the Ambassador and Mrs. Weiser to work with the U of M to establish The Ronald and Eileen Weiser Center for Europe and Eurasia, and the Weiser Center for Emerging Democracies. He has since been awarded many honors including recognition by The U of M Business School in 2005 as the Outstanding Alumni, and in April of that year delivered the commencement address to the Gerald R. Ford School of Public Policy. In 2007 he was named Zell-Lurie Entrepreneur of the Year. He was also the recipient of the 2007 Woodrow Wilson Award for Public Service. He currently serves on the Boards of The Henry Ford, the Gerald R. Ford Presidential Foundation, and the Detroit Institute of Art. 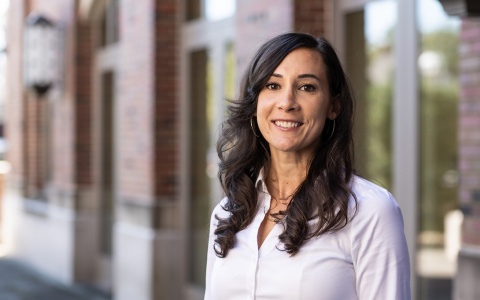