Asia has made remarkable progress over the past decades and is now at the forefront of the global economy in growth terms. That said, there are several near-term risks that could derail Asia’s growth momentum, including trade tensions and too-low-for-long global interest rates.  At the same time, there are fundamental challenges to Asia’s long-term prospects, such as the slowdown of potential growth, ageing, rising inequality, and the challenges and opportunities posed by the digital economy. In this talk, Chang Yong Rhee, Director of the Asia and Pacific Department at the International Monetary Fund, will discuss Asia as a growth pole in the past, present, and future.

Changyong Rhee is the Director of the Asia and Pacific Department at the International Monetary Fund (IMF), where he oversees the Fund’s work on the region, including its lending operations and bilateral and multilateral surveillance of economies ranging from China, Japan, and India to the Pacific Islands. Before joining the IMF in 2014, Mr. Rhee was Chief Economist of the Asian Development Bank (ADB); Secretary General and Sherpa of the Presidential Committee for the 2010 G-20 Seoul Summit; Vice Chairman of the Financial Services Commission (FSC) and Chairman of the Securities and Futures Commission of Korea; professor of economics at Seoul National University and the University of Rochester. He has also been a frequent policy advisor to the Government of Korea, including in the Office of the President, the Ministry of Finance and Economy, the Bank of Korea, the Korea Securities Depository, and the Korea Development Institute. He has published widely in the fields of macroeconomics, financial economics, and on the Korean economy. He holds a Ph.D. from Harvard University and an undergraduate honors degree from Seoul National University, both in economics. 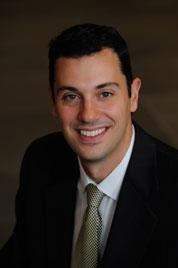