This event will be live streamed. Please check back here shortly before the event to watch online.

Co-sponsored by the University of Michigan's Nam Center for Korean Studies.

Stephen Biegun serves as the U.S. Special Representative for North Korea, a role he has held since August 2018. On behalf of the Secretary of State, he directs all U.S. policy on North Korea, leads negotiations, and spearheads U.S. diplomatic efforts with allies and partners. Biegun has three decades of experience in the Executive and Legislative Branches in government and in the private sector. As national security advisor to Senate Majority Leader Bill Frist, he provided analysis and strategic planning for the U.S. Senate’s consideration of foreign policy, defense and intelligence matters, and international trade agreements. Prior to that, Biegun worked in the White House from 2001-2003 as Executive Secretary of the National Security Council.

Before joining the White House staff, Biegun served for fourteen years as a foreign policy advisor to members of both the House of Representatives and the U.S. Senate, as Chief of Staff of the U.S. Senate Committee on Foreign Relations (1999-2000) and as a senior staff member of the U.S. House of Representatives Committee on Foreign Affairs. From 1992 to 1994, he served in Moscow, Russia as the Resident Director in the Russian Federation for the International Republican Institute, a democracy-building organization established under the National Endowment for Democracy.

In the private sector, Biegun most recently was vice president of International Governmental Relations for Ford Motor Company, where—as a third generation Ford employee—he oversaw all aspects of Ford’s international governmental interactions including throughout the Indo-Pacific Region. Born in Detroit, Michigan, Biegun graduated from the University of Michigan where he studied Political Science and Russian Language. He is a member of the Council on Foreign Relations and the Aspen Strategy Group, and has served on the boards of the National Bureau of Asian Research, the US-ASEAN Business Council, the US-Russia Foundation for Economic Development and the Rule of Law, and Freedom House. 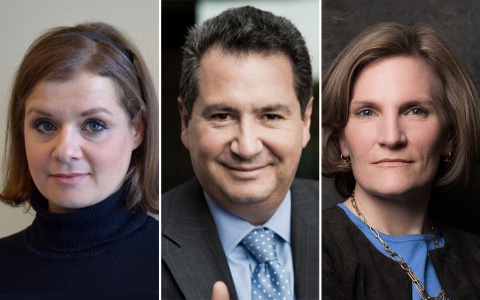