The Weiser Diplomacy Center is partnering with the American Academy of Diplomacy to bring seasoned U.S. diplomats to Ford School and discuss the U.S., Iran and Security in Persian Gulf. We invite all students and community to join us in conversation with Ambassador Deborah McCarthy, program chair and moderator, with Ambassador Gerald Feierstein, Ambassador Ronald Neumann, and Ambassador Patrick Theros.

Ambassador Gerald Feierstein:
Gerald Feierstein retired from the U.S. Foreign Service in May 2016 after a 41-year career.  At the time of his retirement, Feierstein held the personal rank of Career Minister. Feierstein currently serves as the Senior Vice President of the Middle East Institute. Over the course of his career, he served in nine overseas postings, including three tours of duty in Pakistan, as well as tours in Saudi Arabia, Oman, Lebanon, Jerusalem, and Tunisia.  In 2010, President Obama appointed Feierstein U.S. Ambassador to Yemen, where he served until 2013.  From 2013 until his retirement, Feierstein was Principal Deputy Assistant Secretary of State for Near East Affairs. In addition to his career-long focus on the Near East and South Asia, Feierstein also played a prominent role in developing and implementing State Department policies and programs to counter violent extremism.  As Deputy Coordinator and Principal Deputy Coordinator in the State Department’s Counter-Terrorism bureau, Feierstein led the development of initiatives to build regional networks to confront extremist groups as well as to counter terrorist financing and promote counter-terrorism messaging.  He continued to focus on defeating terrorist groups through his subsequent tours as Deputy Chief of Mission in Pakistan and as Ambassador to Yemen.

Ambassador Ronald Neumann:
President, American Academy of Diplomacy
Formerly a Deputy Assistant Secretary of State, Ronald E. Neumann served three times as Ambassador; to Algeria, Bahrain and finally to Afghanistan from July 2005 to April 2007. Before Afghanistan, Mr. Neumann, a career member of the Senior Foreign Service, served in Baghdad from February 2004 with the Coalition Provisional Authority and then as Embassy Baghdad’s liaison with the Multinational Command, where he was deeply involved in coordinating the political part of military actions. Prior to working in Iraq, he was Ambassador in Manama, Bahrain (2001-2004), Deputy Assistant Secretary in the Bureau of Near East Affairs (1997-2000) with responsibility for North Africa and the Arabian Peninsula, and Ambassador to Algeria (1994 to 1997). He was Director of the Office of Northern Gulf Affairs (Iran and Iraq; 1991 to 1994). Earlier in his career, he was Deputy Chief of Mission in Abu Dhabi, United Arab Emirates, and in Sanaa in Yemen, Principal Officer in Tabriz, Iran and Economic/Commercial Officer in Dakar, Senegal. His previous Washington assignments include service as Jordan Desk officer, Staff Assistant in the Middle East (NEA) Bureau, and Political Officer in the Office of Southern European Affairs.

Ambassador Patrick Nickolas Theros has served as president and executive director of the U.S.-Qatar Business Council for nearly 20 years. Throughout his 35-year Foreign Service career, Ambassador Theros held many honorable positions, including ambassador to the State of Qatar, advisor to the commander in chief, central command; deputy chief of mission and political officer in Amman; charge d’affaires and deputy chief of mission in Abu Dhabi; economic and commercial counselor in Damascus; and deputy coordinator for Counter-Terrorism. In 1990, he was accorded the personal rank of minister counselor. He retired from the Foreign Service in 1998.

Ambassador Theros was awarded the President’s Meritorious Service Award for career officials and the Secretary of Defense Medal for Meritorious Civilian Service. He earned four Superior Honor Awards. The Emir of Qatar awarded him the Qatar Order of Merit in 1998. In 1999, the Greek Orthodox Patriarch of Jerusalem inducted Ambassador Theros into the Order of the Holy Sepulcher. He serves on the board of several businesses and charitable and educational institutions, including Qatar Foundation International.

Ambassador Deborah A. McCarthy:
Ambassador Deborah A. McCarthy is an international security strategist with over 30 years of experience in Europe, the Western Hemisphere and the U.S. She is currently a consultant with the Transnational Strategy Group in Washington D.C. Just prior, she was the Executive Director of the Diversity and Leadership Program at the Center for Strategic and International Studies (CSIS). She moderates the American Academy of Diplomacy podcast series “The General and the Ambassador” (https://www.generalambassadorpodcast.org). Before joining the private sector, Ms. McCarthy was a member of the U.S. Foreign Service.  From 2013 to 2016, she was the U.S. Ambassador to Lithuania. Previously, she was the Principal Deputy Assistant Secretary of State for Economic and Business Affairs. Ms. McCarthy also served as Deputy Ambassador at the U.S. Embassy in Greece and the U.S.  Embassy in Nicaragua. In Washington, she served as Deputy Assistant Secretary for Narcotics and Law Enforcement, Senior Advisor for Counter Terrorism and Special Coordinator for Venezuela. Other posting include: Consul General in Montreal, Economic Counselor U.S. Embassy Paris, Financial Economist U.S. Embassy Rome and assignments in the Dominican Republic and Haiti. 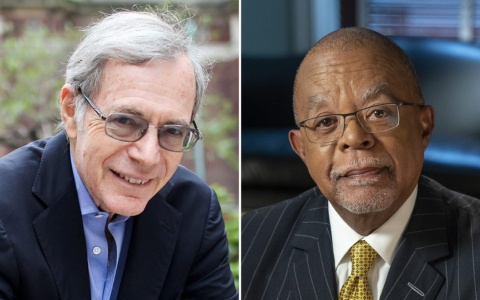