Free and open to the public. Reception and Dedication of Russia paintings by artist Judith Gerhold Manthorpe to follow.

This event will feature a conversation between noted Russian journalist and scholar Yevgenia Albats and Ambassador Susan Elliott, a recently retired U.S. diplomat, on the role of media and information in the evolving relationship between Russia and the United States. Ambassador Melvyn Levitsky, professor of international policy and practice at the Ford School, will moderate.

Dr. Yevgenia Albats is a Russian investigative journalist, political scientist, author, and radio host. She is a 2019-20 Distinguished Fellow at the UM International Institute and Weiser Centers for Europe and Eurasia. Since 2007, she has been the Political Editor and then Editor-in-Chief and CEO of The New Times, a Moscow-based, Russian language independent political weekly. It went digital in June of 2017 when its distribution and sales were severed by the Russian authorities. Since 2004, she has hosted Absolute Albats, a talk-show on Ekho Moskvy, the only remaining liberal radio station in Russia. Albats was an Alfred Friendly Press Fellow assigned to the Chicago Tribune in 1990, and a Nieman Fellow at Harvard University in 1993. She graduated from Moscow State University in 1980, and received her PhD in Political Science from Harvard University in 2004. She is a member of the International Consortium of Investigative Journalists since its founding in 1996. Albats taught at Yale in 2003-2004, and she was a full-time professor at Moscow’s Higher School of Economics, where she taught institutional theory of the state and bureaucracy until 2011 when her courses were cancelled at the request of top Kremlin officials. In 2017, she was chosen as inaugural fellow at Kelly’s Writers House and Perry House at the University of Pennsylvania. Albats is the author of the four independently researched books, including one on the history of the Russian political police, the KGB, whose graduates are running the country today.

Ambassador Susan Elliott (ret.) is President & CEO of the National Committee on American Foreign Policy, a position she assumed in August 2018. Ambassador Elliott is an accomplished diplomat who held a variety of leadership positions at the U.S. Department of State during her 27 year career as a Foreign Service officer. From 2015 to 2017, Ambassador Elliott served as the Civilian Deputy and Foreign Policy Advisor to the Commander of the United States European Command. Ambassador Elliott was the U.S. Ambassador to Tajikistan from 2012 to 2015. Prior to her Ambassadorial appointment, she served as the Deputy Assistant Secretary of State, Bureau of South and Central Asian Affairs, U.S. Department of State. Ambassador Elliott worked in a variety of overseas and Washington-based assignments. Her previous overseas assignments include Moscow, Russia (twice); Belfast, Northern Ireland; Athens, Greece; and Lima, Peru. In Washington, Ambassador Elliott worked on the staff of former Secretary of State Condoleezza Rice. Earlier in her career she reported on conflicts in the countries of the former Soviet Union when she worked in the Office of the Coordinator for Regional Conflicts in the New Independent States.

Ambassador Melvyn Levitsky (ret.), a retired career minister in the U.S. Foreign Service, is a professor of international policy and practice at UM’s Ford School of Public Policy. He also serves as senior associate of the school's International Policy Center, senior advisor to the Weiser Diplomacy Center, and faculty associate of the university's Center for Russian and East European Studies. Before joining the University of Michigan in the fall of 2006, Ambassador Levitsky taught for eight years as professor of practice in public administration and international relations at Syracuse University's Maxwell School of Citizenship and Public Affairs. From 2003 to 2012, Ambassador Levitsky served on the International Narcotics Control Board, an independent body of experts headquartered in Vienna and responsible for monitoring and promoting standards of drug control established by international treaties. During his 35-year career as a U.S. diplomat, he was ambassador to Brazil from 1994-98 and before that held such senior positions as Assistant Secretary of State for International Narcotics Matters, executive secretary of the State Department, ambassador to Bulgaria, deputy director of the Voice of America, and Deputy Assistant Secretary of State for Human Rights. Ambassador Levitsky also served as director of the State Department's Office of UN Political Affairs and as officer-in-charge of U.S.-Soviet Bilateral Relations. Earlier in his career he was a political officer at the U.S. Embassy in Moscow and a consul at U.S. Consulates in Belem, Brazil and Frankfurt, Germany. 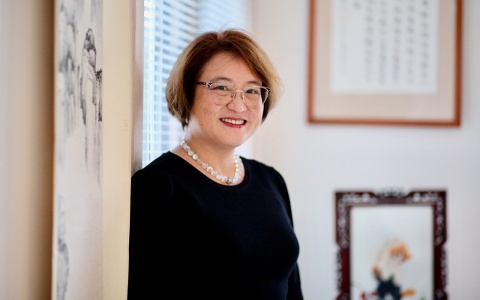