Between now and mid-April, when admissions responses are due, we’re organizing a broad suite of opportunities for you to spend time with members of the Ford School community. Please see below for a schedule of events. In addition, members of our community, including our current students, alumni, and faculty, will be contacting you beginning March 18. We hope you will enjoy these opportunities to learn more about the Ford School and to ask questions about the program.

Most sessions will be recorded and available for viewing after the event. 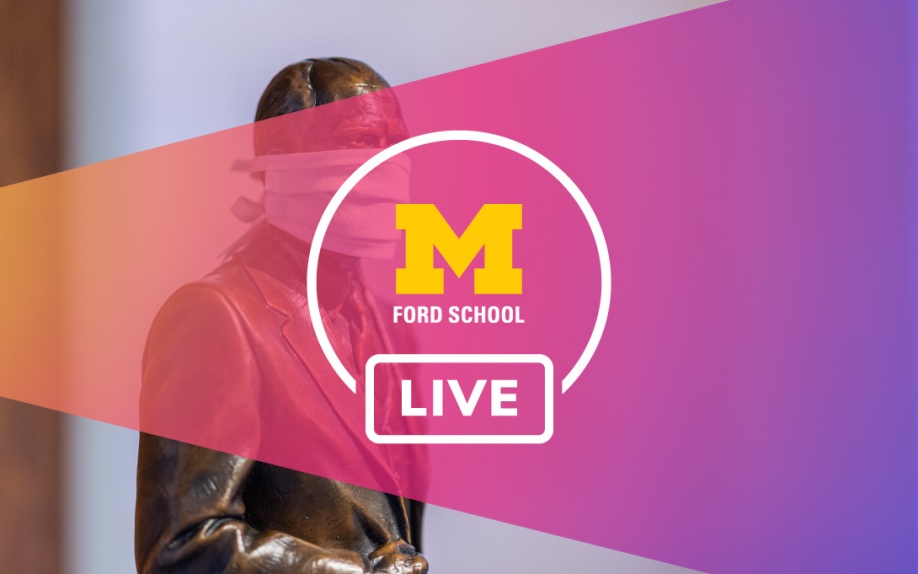 Take a break and join us LIVE on Instagram for a virtual walk around Joan and Sanford Weill Hall, home of the Ford School at the University of Michigan.

Admitted student activities will continue into the summer. We'll share more with you over email in the coming months, but here's a preview of what's ahead.

Incoming students will be invited to special closed sessions with guest speakers as part of their virtual visits and public talks. We look forward to sharing these details as they are confirmed. View a full listing of all public events at the Ford School.

Graduate Career Services wants to get to know your individual intentions and career interests. In mid-summer, stay tuned for an opportunity to share your individual career/employer interests, have your resume reviewed, and gain access to and learn how to navigate the Ford School's internal career management system, FordCareers.

The Ford School Leadership Initiative and Graduate Career Services enables incoming students the opportunity to engage with their strengths, and begin intentional leadership/career development before classes begin. Students have the opportunity to take CliftonStrengths, and engage in introductory sessions as an opportunity to learn more about the tool, begin unpacking your results, and interact with your future classmates. These sessions will be held during the second half of summer and will be followed by opportunities to continue the conversation around strengths before the start of the academic year.