In the mid-1980s, Carl Simon—a professor of mathematics, economics, and public policy—became captivated by a medical and social crisis: the HIV epidemic. At the time, scientists knew very little about the transmission system of HIV, he explains, including how contagious it was, when it was most contagious, and the roles of various sex acts in the transmission process. It was a complex problem.

As it happens, complex problems are Carl Simon's métier. For ten years, he directed the University's Center for the Study of Complex Systems, a center devoted to understanding complexity wherever it exists in nature or society. From economies, education systems, and traffic patterns to ecosystems, immune systems, and epidemics—Simon and his peers identify the key variables and actors, match them to data on causal relationships and feedbacks, and build models to simulate and help illuminate the interactions and interdependencies.

The goal of a complex systems approach, he explains, is to avoid the unintended consequences that can result when we oversimplify complex relationships. "If you choose some policy problem and just focus on correcting it without worrying about how it's connected to the other things, unexpected consequences can arise," says Simon. Complex systems approaches can also produce surprising results and uncover promising avenues for future research. When Simon and his colleagues used this approach to explore HIV transmission, for example, they realized that the disease was especially contagious in the first month of infection—an idea that was received with skepticism by the scientific community initially, but is pretty well accepted now, he says. Their work received the 1995 Howard Temin Award for "scientific excellence in the fight against HIV/AIDS," and its implications for the development of an HIV vaccine were highlighted in a two-page article, "Of AIDS and Altruism," in the April 6, 1998, U.S. News & World Report.

These days, Simon works with the public health community to study other complex systems: influenza transmission, drug resistant staph infection in hospital settings, and more recently, non-contagious diseases related to population characteristics like social and economic status. Diabetes, obesity, heart problems, frailty, and loss of cognition—each of these diseases strikes hardest at specific segments of the population, implying a causal relationship between social and economic status and disease liability.

To tease out the interactions and interdependencies, Simon and his colleague, George Kaplan, have received funding from the Directorate for Social and Behavioral Sciences at the National Institutes of Health to build a network of scientists to look at the problem from a complex systems approach. Those scientists are among the world's experts in modeling, segregation, diabetes, smoking, stress, policy, sociology, computer science, and population health, says Simon.

At their first meeting in Ann Arbor this September, they discussed their charge: to break new ground in etiology (identifying the causes of disease) as well as policy (identifying actionable ways to address them). There's homework, he explains, and regular meetings, and an obligation to produce results. But there's also a charge to share inspiration, to build enthusiasm, to ask tough questions, to take risks, and to think outside the box. "Once we put it together, we can start thinking about what policies might work," explains Simon, "so it's pretty exciting." 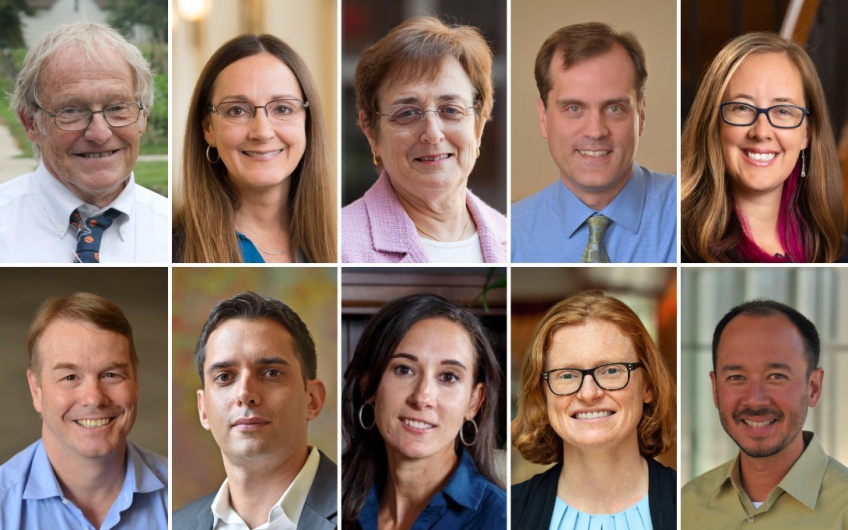