University of Michigan ranks No. 6 in the nation as a Peace Corps Fellows/USA school in the 2011 rankings of top Peace Corps' Master's International and Fellows/USA Graduate Schools. U-M has 25 Returned Peace Corps Volunteers currently enrolled in the Fellows/USA graduate program.

The Fellows/USA program provides returned Peace Corps volunteers with scholarships, academic credit, and stipends to earn an advanced degree after they complete their Peace Corps service, and the Peace Corps' Master's International program allows students to earn their graduate degree while serving in the Peace Corps. Fourteen of U-M's Fellows are MPP students at the Gerald R. Ford School of Public Policy.

"Michigan's strong connection to Peace Corps is what brings so many returned volunteers to campus for graduate studies," said Alexis Guild, Peace Corps campus coordinator at U-M. "The Fellows/USA programs at the Gerald R. Ford School of Public Policy and School of Natural Resources and Environment reflect the commitment of returned volunteers to continue their public service.

"As a fellow myself at the Ford School, it has been a tremendous honor to be a part of this program. The number of fellows enrolled, with our new Michigan programs, demonstrates the university's commitment to continue the legacy of Peace Corps that began here 50 years ago."

U-M's 25 Fellows/USA graduate students have served as Peace Corps volunteers in different locations around the world including South Africa, Western Samoa and Paraguay. There are also Peace Corps Master's International students currently on campus at U-M working to fulfill the academic portions of their master's degree before departing for Peace Corps service. These graduate programs attract top-notch students to U-M, and help Peace Corps meet the worldwide demand for highly skilled professionals by providing countries in need with qualified Volunteers.

About the Fellows/USA program: Peace Corps partners with more than 60 colleges and universities nationwide to offer RPCVs an opportunity to earn their graduate or doctorate degree at a reduced cost. In return for financial benefits like reduced tuition, assistantships, and stipends, volunteers put the skills they learned in the Peace Corps to work in professional internships in underserved American communities. Volunteers who have satisfactorily completed their Peace Corps service have lifetime eligibility for Fellows/USA. The program was started in 1985 at Teachers College, Columbia University and since then, nearly 4,000 Peace Corps volunteers have completed the program. For more information visit, www.peacecorps.gov/fellows.

About the Master's International program: Peace Corps partners with more than 80 colleges and universities nationwide to enable students to earn a master's degree while serving in the Peace Corps. Students begin their studies on campus, serve overseas with the Peace Corps for two years, then return to school to finish graduate work. As part of a Peace Corps volunteer's service, the volunteer will work on projects related to his or her master's studies. The program began at Rutgers University-Camden in 1987 and since then, more than 1,000 Peace Corps volunteers have completed the program. For more information, visit www.peacecorps.gov/masters.

The rankings of top undergraduate Peace Corps universities and colleges were released on February 1, 2011. 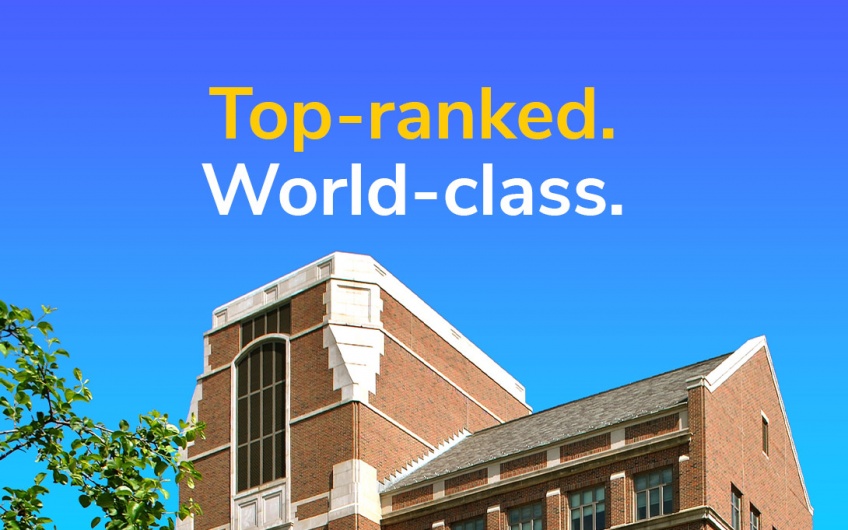