Most experts agree that Detroit is undergoing a nascent revitalization, but the city still needs to continue attracting new business to the region. Positive shifts are clearly visible, however, with business and non-profit sectors leading the way. Several Fortune 500 companies have relocated their headquarters to the central business district. Venture capitalists and non-profit interests have virtually transformed the downtown and midtown districts, ushering in technology companies, putting much-needed dollars into real estate development, and even providing seed money to entrepreneurial upstarts with bright ideas.

A key part of accelerating this momentum is the Detroit Regional Chamber (DRC), where Ford School alumna Maureen Krauss (MPP '85) has been vice president of economic development and business attraction since December 2011. "When we say Detroit, we really mean the region," she says. "What I do is look nationally and internationally for companies that are interested in investing in North America and talk to them about why they should consider investing in Detroit and the region."

And Maureen knows the region well; prior to joining the DRC, she worked for thirteen years in a similar capacity for Oakland County, Michigan, for the Department of Economic Development and Community Affairs. "I've always been comfortable with the notion that I'm selling Detroit first and to introduce people to the opportunities here."

Telling Detroit's Story
But how do you introduce businesses to a metropolitan area that has suffered years of bad press? And what about firms that, unlike the DRC, make distinctions between Detroit and the region and may balk at investing in the city? Describing the mindset of businesses seeking to invest, Maureen points out, "We have great opportunities [in Detroit] in real estate. But the only people who care about the borders between communities are the politicians and the tax collectors. A business just looks at a map for where the workforce is, where their customers are, and where their suppliers are. They don't get as tied up in the boundaries between individual communities.

"Our job is two-fold: we need to tell our story. For too long we've let everyone else tell the story about this city and this region and this state. But we need to take that story back and tell it. We need to look at important sectors of our economy that have great potential for growth—not only growth trends but workforce. And not just the workforce that's available today but the workforce that we're going to produce five or ten years down the road."

The DRC's current base is automotive and automotive technology, but the organization is known for seeking and drawing international investment: in the past 15 years Maureen has made 27 trade missions around the world representing the region, with three trips to China this year alone. While it's difficult for local partners to work with international companies—one drawback is the expense, she points out—the DRC serves as the front door for those potential partnerships between international investors and local stakeholders.

The DRC markets and brands the region and wants to serve as the first stop for companies considering investing in metro Detroit. The organization partners with local communities because they close the deals, says Maureen. Locally, for example, the DRC works closely with the Detroit Economic Growth Corporation, as well as with numerous county and state partners.

If all of this sounds a lot like good salesmanship, that's an apt comparison, Maureen says. "I am selling our product, which is our city, our region, our state, and our people. We're all ambassadors."

This strategy seems to be working. "The good news is, we've been getting a lot of good coverage of what's happening in our area, nationally and internationally. Now when I travel or when people call they say, 'We hear something's going on in Detroit, we hear we should be looking at Detroit.' And that's exciting because we are hearing positive things [about the city]. Everyone loves a comeback."

A Good Neighbor in a Good Neighborhood
Lisa Nuszkowski (MPP '03) knows quite a bit about that. Since January 2012 she has served as the senior project administrator for the Economic Development department at Wayne State University (WSU).

In the last decade, Wayne State University has become a major player in the development of midtown Detroit and now provides more than 3,000 beds of student housing. This evolution away from serving primarily as a commuter campus goes a long way toward establishing a more traditional college experience for students.

Along with Henry Ford Health System and the Detroit Medical Center, WSU already owns more than 40 percent of the land in midtown, according to U3 Ventures, a consulting firm that works with these three midtown anchor institutions to implement place-based economic development strategies.

WSU continues to develop properties in the area, which raises two important questions: in what ways can the university connect with students who don't (or can't) live on campus and how can WSU better partner with the local, non-university community?

"I think the university has finally realized the role it can play not only as a great educational institution but also as a leader in the community," says Lisa "The decisions WSU makes with the land it owns impacts the university and local communities."

In keeping with this, the university's emphasis has shifted from simply providing student housing to spreading deeper roots. WSU has been charged by President Allan Gilmour with being "a good neighbor in a good neighborhood." This includes developing properties that are assets not just for the university but for the broader community.

It also includes Lisa's current project, a bike share feasibility study. "The idea had come up with our partner institutions and businesses, but no one had really taken the lead—how do we start this conversation about bringing a bike sharing system to Detroit? [WSU] was in the perfect position to act as a convener," Lisa notes. "We helped raise money for a feasibility study and just got confirmation that we got the last piece of funding for that.

"Now we'll be able to hire a consultant to come in and take a look at all the specifics of Detroit—our population, our density, our geography. What could we support here and what are the broad parameters of what that would look like? Who's going to own this? Who will operate it? Wayne State won't necessarily be the owner and operator but we see the value in the idea of making it easier for helping people get from point A to point B without getting in their cars. Having more people out on the street and visible to other people sends a really important message about the safety and vibrancy of the neighborhood."

Lisa's role at this stage is to serve as project manager—raising funds for the study and enrolling other stakeholders in the process, including explaining what bike sharing is and pointing to other cities that have such programs.

Integrating Improvements
But Lisa's job, generally, is about helping WSU achieve its goal of becoming more embedded in the local community. There's also a Zip Car (car-sharing) program, for example. In addition, WSU partners with local restaurants and businesses, taking on issues ranging from where people can find a good restaurant to student security. (WSU police are particularly successful. The crime rate near campus has dropped 40 percent in recent years.)

"All these issues are so interconnected," she says "If you want people to stay after work on a Thursday, and have dinner at the Traffic Jam, you have to help them get over their concerns about Detroit being unsafe. We have to stop at these points along the way and address these concerns through, for example, discounts and promotions, and taking people on tours of the neighborhood, and really addressing these issues in a holistic way."

Lisa admits that it's a daunting challenge, but she also emphasizes that WSU can—and in many ways already does—have the kind of local impact it seeks. Such impact benefits students and locals alike, as WSU partners with entities like Midtown Detroit, Inc., to enhance general quality of life in the neighborhood. And Lisa, who has lived in the city for more than eight years, is now a Detroiter in fact and at heart.

"There are things that are great about this city that you want to preserve and support and share with other people. I want to be open and listen and also have something to say about [the city's direction]." 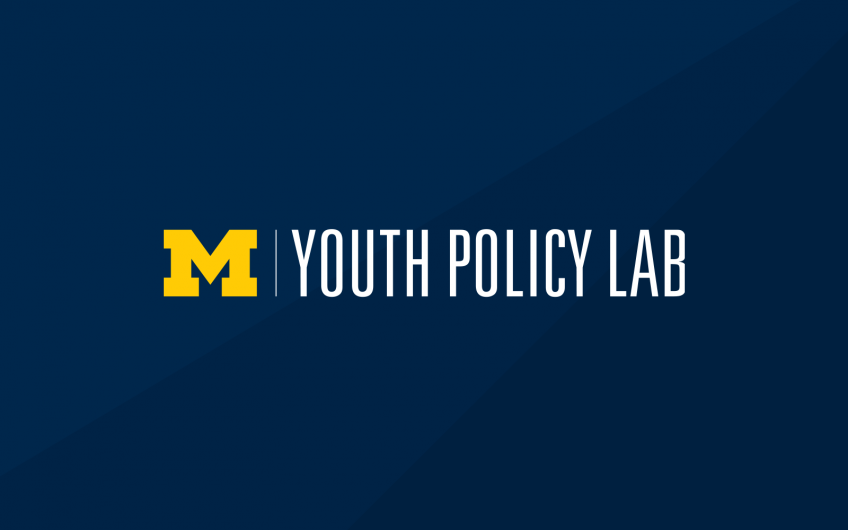