Newly married in May of this year, she and her wife Libby will welcome their first child next spring. And for the last four and a half years, she's been doing meaningful work and having fun doing it.

A Chicago-based policy researcher for think tank Movement Advancement Project (MAP), Naomi splits her time between what she calls "movement" research—analyzing the capability of the lesbian, gay, bisexual, transgender (LGBT) movement to create and effect change—and policy research that provides tools to advocates and organizations working toward LGBT equality.

"What's really cool about our work at MAP is that we work in partnerships with other organizations," she says. "We produce the materials, and then our partners take them and, for example, lobby legislators or conduct community meetings. We don't have chapters or members, so we have the time to create tools that can then be used to create change."

Many of MAP's partner organizations are LGBT-specific, like the Family Equality Council or Colage, but MAP also works with progressive organizations that aren't solely LGBT focused, like the Center for American Progress and the National Association for Social Workers. "That gets the material out there," says Naomi. "It's a really innovative model. We always take that approach with our policy model. And it's a lot of fun."

Each year, MAP takes on a different issue affecting LGBT Americans and produces extensive research reports. Last year, the focus was LGBT families, an area where policy still struggles to keep up with the changing reality of the American family. The implications are far-reaching and include such matters as end-of-life decisions, child custody and adoption, and health insurance coverage.

"A lot of what we do at MAP is aggregating and re-articulating and providing vision," Naomi notes. "I stay on top of social science research and find out what's happening now and distill that down into user-friendly, very accessible reports drawing on that research. But we also try to position those studies into a big picture and come up with a model that indicates where the major barriers and major solutions are."

She points out that her preparation at the Ford School has made it possible for her to bring quantitative analysis to socially relevant work—thus creating a bit of a niche in her field—and she likes sharing her experiences with current MPP students. For example, while limited data exists about LGBT people, Naomi has used the U.S. Census to uncover demographic information about same-sex couples that inform policy discussions around federal employee health benefits, income levels during retirement, and adoption and foster care legislation.

Recently, she returned to the Ford School to sit on a panel discussing strategies for achieving marriage equality. The event was part of the "Fordies Under 40" program, which officially makes Naomi an alum to watch—an emerging policy leader in her field.

Vice President Joe Biden thought so, too, which is why she was among the fifty or so young LGBT leaders invited to the White House in September for a policy roundtable. The Obama administration, Naomi observes, has attempted to integrate LGBT issues into the national agenda, a fact of which she wasn't fully aware. "It felt like an opening of the door," she says of the day spent discussing initiatives and networking with people from all over the country who are working toward LGBT equity from the grassroots to government.

Luck? Maybe. It sounds more like Naomi makes her own luck. 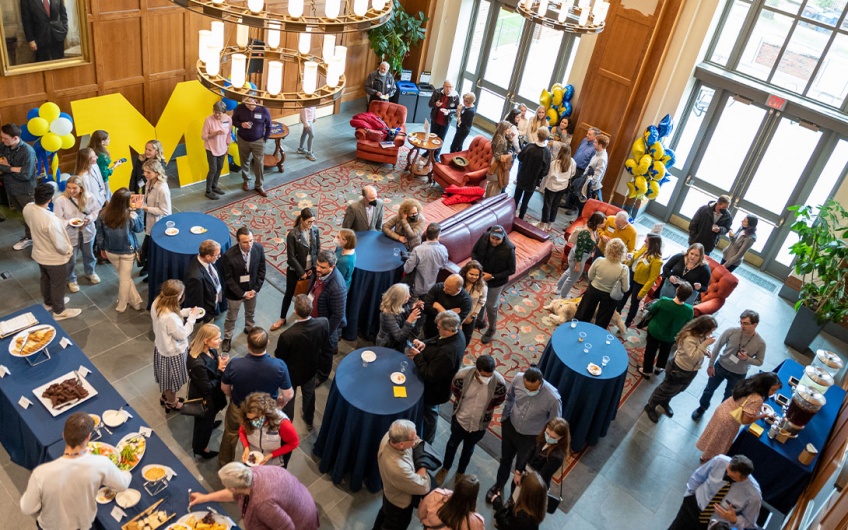