When Daniel Steinborn earned his master's of public policy in the spring of 1971, he returned to Seattle to begin what would prove to be an exceedingly difficult search for work. Boeing had just laid off 60,000 employees in the area, Steinborn explains, and the dramatic rise in unemployment had plunged the entire region into recession. None of the local or state offices were hiring, but a federal employee shared a promising lead: the U.S. Environmental Protection Agency had dozens of positions to fill.

"I'd never heard of the Environmental Protection Agency," says Steinborn, recalling his surprise that a brand new agency, established only a few months previous by Nixon's Executive Order, was hiring something like 100 workers. He followed up, though, convinced the agency to take a chance on a public policy graduate (they'd been looking to hire an engineer), and proceeded to spend the next 40 years administering significant environmental improvement programs in the Puget Sound region. During that time, Steinborn helped craft and administer policy responses to many of the region's environmental challenges—fossil fuel shortages, habitat loss, and more—but for the most part, Steinborn focused his energies on the era's most urgent environmental challenge: water pollution.

In the late 1960s and early 1970s, corporations didn't need a permit to dump dangerous industrial waste into adjacent streams. America's wastewater treatment facilities were antiquated and regularly released untreated sewage into the handiest local lake or river. Toxic algae blooms and the fish kills they caused were common. DDT, mercury, and other legacy pollutants were multiplying in the food web. Few of the nation's urban waters were fishable, swimmable, or potable. Some of them, in fact, were actually flammable. America's waterways were in desperate need of an intervention, and slightly over a year after Steinborn joined the EPA, that intervention arrived in the Clean Water Act of 1972.

The 234-page long Clean Water or "Federal Water Pollution Control" Act mandated dramatic environmental changes. Most notably, the Act made it illegal to dump untreated waste into waters without a discharge permit from the Environmental Protection Agency, required environmental impact statements for significant new construction projects and, in the era's largest public works project, funded the development of thousands of new sewage treatment plants all over the nation.

For the Puget Sound region, Steinborn spent a good portion of his career as chief of the Energy and Environmental Review Section, which prepared environmental impact statements for sewage treatment plants financed by and industrial projects regulated by the Environmental Protection Agency under the Clean Water Act. For each type of review, the team would help project sponsors consider their needs, prepare for population and economic growth, employ the most effective wastewater treatment technologies, and protect their environmental resources. "We'd review a possibility and think through the potential challenges; how to minimize the concerns and maximize the benefits," says Steinborn. "It was a way for the EPA to influence new projects in a proactive way."

While most of the time, the section was able to approve projects after negotiating wastewater treatment upgrades, a few industrial facility applications stand out in Steinborn's memory: a Valdez, Alaska refinery proposed in the late-1970s for the state's Prudhoe Bay field and a Ketchikan, Alaska molybdenum mine proposed the following decade. After lengthy environmental impact reviews, both projects were cancelled. Steinborn did not work on the Environmental Impact Statement for the 800-mile trans-Alaska oil pipeline, which was one of the first major projects to undergo an environmental review under the National Environmental Policy Act, but he notes that many of the smaller oil spills associated with the trans-Alaska pipeline wouldn't have been considered significant in an EIS. The massive Exxon-Valdez oil spill (at 11 million gallons, the largest in U.S. history) occurred when an intoxicated captain left the deck of his supertanker at an inopportune moment. None of those events would have been considered in the review's "worst case" analysis, says Steinborn, who notes the same is true of the 2010 rupture of an Enbridge-operated oil pipeline near Marshall, Michigan; that is, the sequence of events that resulted in the spill and that magnified its consequences would not have been considered credible at the time, if an environmental review was completed before that pipeline was issued licenses and rights of way across Federal lands. "That's something worth considering when thinking about the Keystone XL pipeline proposal," says Steinborn.

A license application for a proposed hydroelectric dam, submitted to the Federal Energy Regulatory Commission, was also memorable for Steinborn. "We were concerned that the project could adversely affect the water supply for the City of Everett, which was downstream from the project site," says Steinborn. "But because it was a regulatory proceeding, the only way for us to voice our concerns was to work with the region's attorneys to file a formal petition to intervene, which was granted." As a result of that intervention, the builders modified the design and operating scheme for the dam; the city's water supply was protected; and the Environmental Protection Agency gained a previously unused and powerful tool for influencing projects licensed by other federal agencies.

Looking back over his career—at what the Puget Sound region looked like four decades ago, and what it looks like today—Steinborn notes that the Clean Water Act and the Safe Drinking Water Act have been stellar successes in cleaning up drinking water and fresh water ecosystems. "They've financed water quality improvements in virtually every state in the country and controlled the kind of point source pollution that was killing America's lakes and streams."

But while Steinborn recognizes how much has been achieved, he's cautious about downplaying the remaining concerns. Water quality remains a wicked problem—particularly for fragile marine ecosystems like the Puget Sound, which serve as nurseries for juvenile fish and support the world's prodigious appetite for fish and shellfish. "The Clean Water Act was aimed primarily at point source pollution—pollution from a pipe," Steinborn explains. While that kind of pollution has been reduced dramatically, non-point source pollution from agricultural fertilization, deforestation, and urban stormwater runoff is a huge and largely unaddressed problem and a particularly thorny one for delicate estuaries like the Puget Sound.

The other challenge, of course, is that the number of stakeholders continues to grow. When Steinborn began his work with the EPA, the Puget Sound region was home to 4 million residents; today, it's home to 7 million, with another 2 million expected by 2020. "More people means more pollution," says Steinborn simply. The Clean Water Act has controlled the most egregious point-source polluters, but if population continues to grow, there'll be much more work ahead to maintain drinking water quality and protect our nation's valuable natural resources. 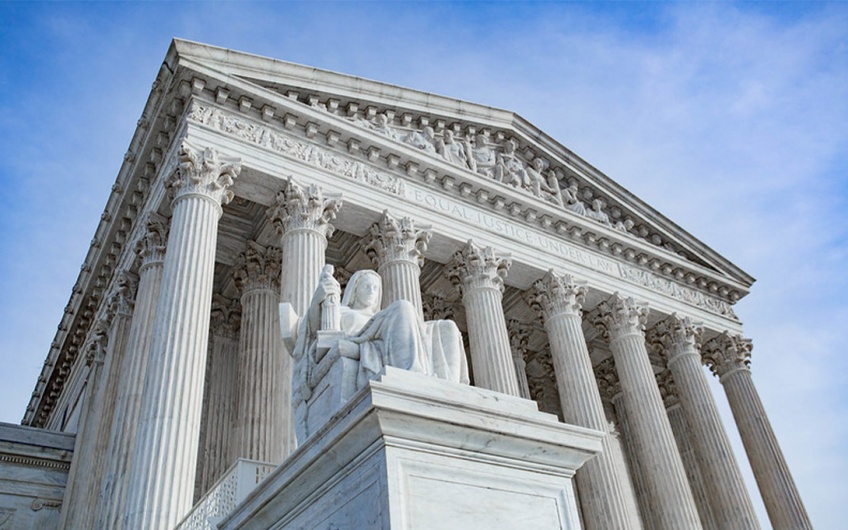