Jim Hackett, a 1977 graduate of the University, played center on the football team and has been a longtime supporter of athletics, and of the Gerald R. Ford School of Public Policy.

At the press conference, Hackett noted two lifelong heroes he met through the University of Michigan—Bo Schembechler and President Gerald R. Ford.

"Both of them would be quite certain that the future of Michigan is not in doubt,” he said. “They would be reminding all of us of the legacy of extraordinary performance in the classroom and on the field and how that unique combination puts us in a rare position."

Jim Hackett retired this year from his position as CEO of Steelcase, a Grand Rapids-based office furniture manufacturer. He has served on the Ford School Committee since 2006 and has supported Ford School students through two sustaining endowments—the Lee C. Bollinger Award for second-year students and the Hackett Family Fellowship Fund.

Read more about "A new professorship: giving voice to the voiceless " 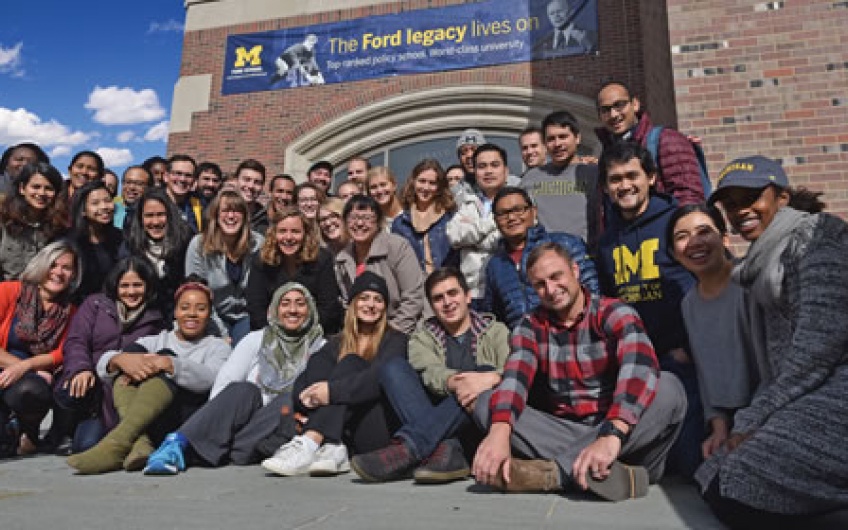 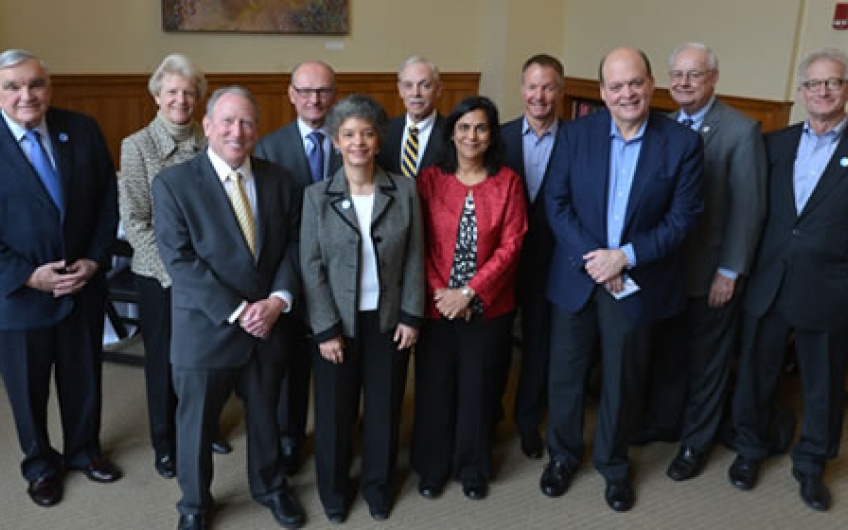 Read more about "25 years on, celebrating the impact of the Ford School Committee "