How does the creative sector contribute to economic and community development in Michigan? As the director of creative industries at Creative Many, Ford School alum Cézanne Charles (MPA ’15) makes the case using data.

Charles leads the organization's research on the economic impact of Michigan’s creative sector, which includes performing and visual arts, as well as advertising, design and publishing.  In 2014, the team put together an assessment which found that Michigan’s creative economy supports 74,049 jobs and generates $3.6 billion in wages.

“Creative jobs matter in the same way that other jobs do,” says Charles. “We’ve seen that we can make the case effectively through an evidence-based approach to policy.”

In 2014 Creative Many received funding from the U.S. Economic Development Administration to pursue a mixed-methods study of Michigan’s creative economy, with a focus on the metro regions of Detroit, Flint, Ann Arbor, and Grand Rapids. And as Creative Many began to expand its research operations, Charles came to the Ford School to build her own research toolkit. Today, Charles eagerly incorporates mixed-methods into her research designs (skills she picked up through quantitative and qualitative methods courses at the Ford School).

In addition to studying the impact of the creative sector on local economies, Charles’ work also aims to empower Michigan artists and designers through professional development workshops, peer-led seminars, and funding. She says that while artists and designers can pursue higher education to gain technical skills about their craft, they often lack opportunities to learn about the nuts and bolts of making a living.

“Instead of funding one-off projects in a neighborhood, [we support] people who are already doing that work,” says Charles of the program, which ensures they have the support they need to sustain their work.

From neighborhood stabilization to food justice, Resonant Detroit projects are driving community development. ONE Mile, for example, hosts workshops, performances, and musical events celebrating the history of funk in Detroit’s North End. In 2014, ONE Mile opened the “Bureau of Emergent Urbanity,” a former barbershop transformed into a community space for residents to gather and share ideas about their city.

Charles herself uses research, design, and technology to reimagine public spaces, objects, and experiences. She co-leads rootoftwo, an award-winning design studio based in Ann Arbor.  Rootoftwo’s newest project seeks to improve the pedestrian experience in Detroit's TechTown district by installing a network of sensor-triggered LED light boxes under the Second Avenue viaduct.

The group was also recently awarded a 2015 Knight Arts Challenge grant from the John S. and James L. Knight Foundation for a project that will examine the impact of technology on 21st century life through an architectural installation.

Charles sees a growing convergence between design, research, and science and technology policy (an area of focus for her at the Ford School).

“Our work as artists and creatives is policy-facing,” she says of her work with rootoftwo. “Most of our projects start with some sort of issue that we are trying to address, and some sort of transformation we’re hoping to incite.”

Charles recently joined the board of directors for Allied Media Projects, an organization that supports the use of art, media and technology for social justice. She also sits on the advisory board for Detroit Creative Corridor Center, metro Detroit’s creative industries advocacy organization. 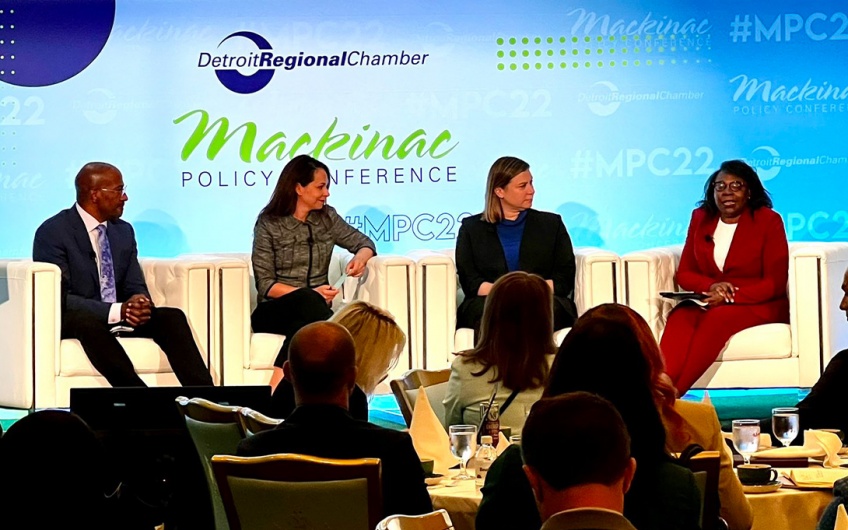 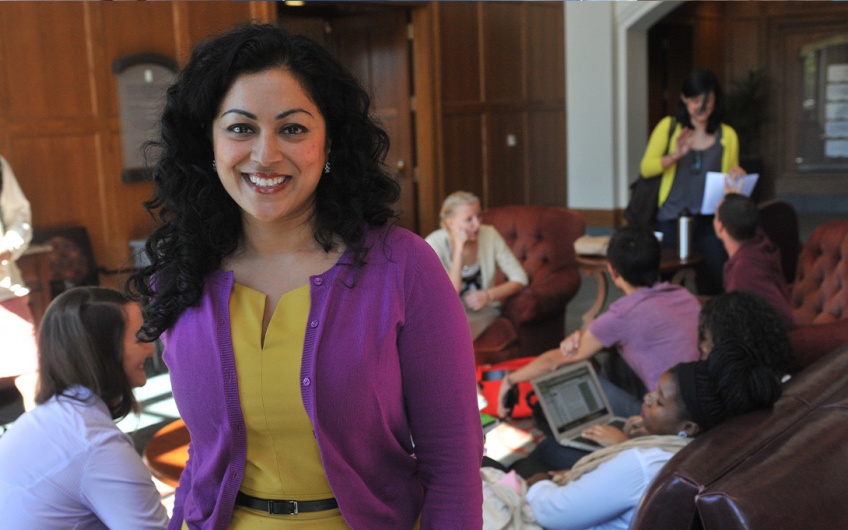