A recently conducted survey directed by Dr. Matthew Davis is garnering national attention. The survey gauges the confidence parents in the U.S. have in vaccines.

The poll, conducted by the University of Michigan C.S. Mott Children’s Hospital, found that parents’ perceptions of vaccines have become more favorable during the past year. One-third of the 1,416 randomly-selected parents who participated in the poll indicated they now perceived more benefits of vaccines, while one-quarter perceived vaccines to be safer now than a year ago, according to a U-M Health System press release

The results of the poll, released on July 6, were quickly picked up by news outlets across the country. Stories and op-eds citing the survey and quoting Davis were published by Time, NPR, CBS News, and The Hill, among others.

While reasons for parents’ changes in perception are unclear, Davis — who holds appointments at the Ford School, the Medical School, and the School of Public Health — surmises that the rash of outbreaks of diseases once thought to be all but eradicated domestically played a role.

"Over the last year there have been high-profile news stories about outbreaks of vaccine-preventable diseases like measles and whooping cough. These news reports may be influencing how parents perceive childhood vaccines across the country," Davis said in the Health System release.

Among the high-profile incidents that occurred during the past year was a multi-state outbreak of measles triggered by an unvaccinated Disneyland visitor; an outbreak of mumps in Columbus, Ohio; and an outbreak of whooping cough in northern Michigan.

Much of Davis’ recent policy work and research has focused on vaccinations. He has been quoted numerous times during the past year in news stories regarding the public health consequences of vaccine waivers in the U.S..

Dr. Matthew Davis is a professor at the Gerald R. Ford School of Public Policy, the Medical School, and the School of Public Health. He also served as the chief medical executive for the State of Michigan from March 2013 to May 2015. His current work focuses on vaccination policy issues, child and family health insurance issues, and innovations in health care delivery. 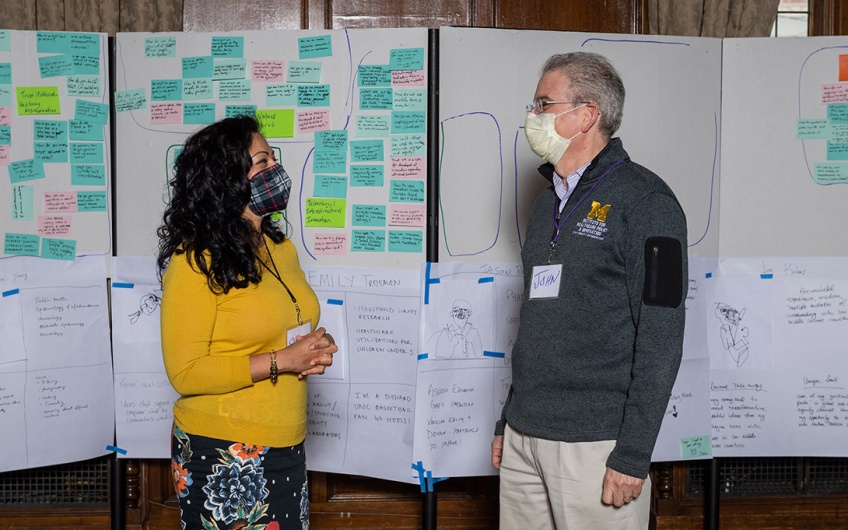