Ambassador Ronald N. Weiser (BBA '66), founder of the Ann Arbor real estate firm McKinley, talks about the $1.1 million gift that he and his wife, Eileen L. Weiser (MMus '75), have allocated to the Ford School. The gift will fund international study and travel experiences for undergraduate and graduate students alike.

Did you ever meet President Ford?

Yes. It's been a long time, so I don't remember the specifics, but what I respect a great deal was Ford's integrity and willingness to essentially sacrifice his own future for the benefit of the country. The decision he made to pardon Nixon—he knew it would cost him the election, and he made it anyhow because he felt the country had to heal.

It wasn't until Ford joined the Navy in WWII that he traveled abroad, and the experience inspired his career in politics. Do you remember your first trip overseas?

I went in 1967. I traveled by Eurail and saw Europe the way the Europeans did. I was in France, and then I think I went to Italy and up through Germany to Scandinavia. It was an incredible trip, but it was seven weeks long and it was a really shoestring budget. I traveled at night because I could get a berth on the train, which was pretty cheap compared to a hotel room.

You and Eileen recently made a very generous gift to the Ford School for international study and travel. What inspired you?

I think that all young people should have the opportunity to study or travel abroad. It broadens their experience and gives them an opportunity to show America as it really is. Seeing real people and talking to them really gives you much more knowledge than you can learn in any course. It also leaves impressions that are long lasting.

Did you see the impact of that "soft diplomacy" while serving as U.S. Ambassador to Slovakia?

One of the things that I found in Slovakia—I had young people there from the Peace Corps when I first arrived—is that the relationships that those young Americans built in the community helped to create what was an absolutely positive image of the United States inside Slovakia.

Having young people from the University of Michigan and the Ford School—students who are interested in public service—go out and start to establish those relationships in whatever countries they go to is really important for the future of our nation.

Talk to us about your real estate business, McKinley. You were young when you founded it?

I took a U-M real estate course where they brought in business leaders to talk to us, and I got really enthused about it. I approached the professor and asked if I could work for him part-time while I was in school, and he got me a job as resident manager of a building on Main Street. So I was still a student when I started my business in 1968, and I ran it while I was in law school. I skipped a lot of classes; don't tell that part (laughs).

The key to your success in business?

Positive attitude I think is part of it. And being able to take risks. And building relationships. There's no such thing as a relationship between countries; there are relationships between people in countries.

Any advice for Ford School students?

Yes, believe in what you do. And your satisfaction should come from the people whose lives you're benefitting.

This $1.1 million contribution is part of a $50 million leadership gift Ambassador Ronald N. Weiser (BBA '66) and Eileen L. Weiser (MMus '75) made to the University of Michigan in 2014. 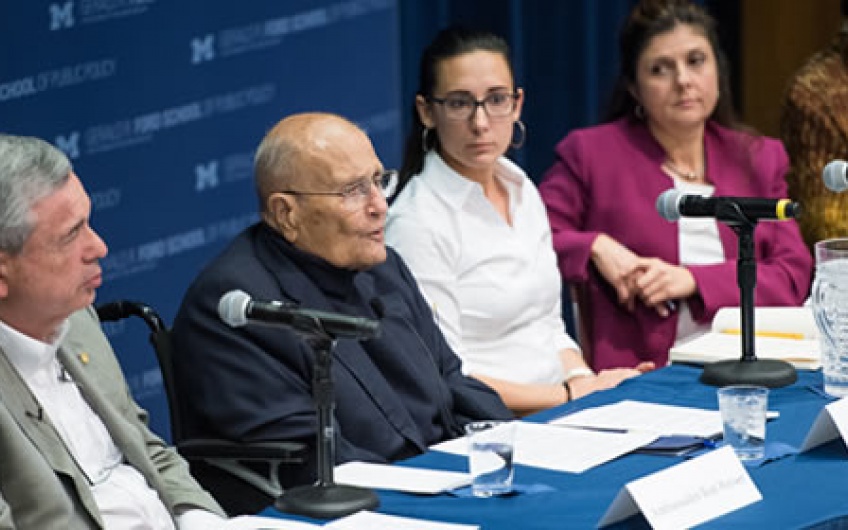 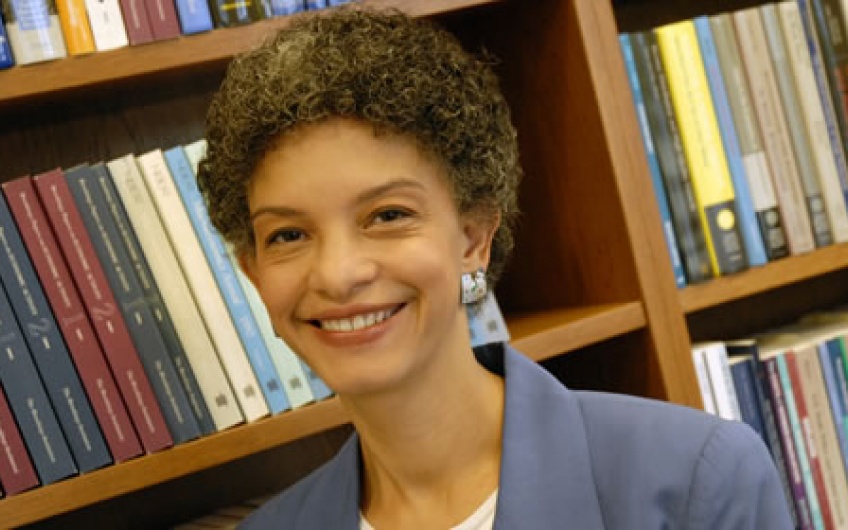 Read more about "Greetings from the dean, Susan M. Collins, for the fall 2016 'Ford School feed' "