Kate Reinertson (BA '18) offers this field report from her summer 2016 internship at The Advance Group, a political consulting firm in New York City.

I left for work early on my first morning at The Advance Group. I had never taken the subway before, but in a stroke of false confidence, believed that I would be able to figure out how to get to the financial district by 9AM without issues. I hopped on the N train and only fifteen minutes later, to my disbelief, watched the New York City skyline get farther away as I accidentally found myself in Brooklyn. Around 9:15, I walked into my office building located directly across from the famous Wall Street Charging Bull, panting slightly and apologizing profusely, and explained to my amused boss that I had underestimated public transportation.

Despite a tumultuous first morning, I had a great experience at The Advance Group. I was one of over 30 interns working with a variety of clients across the state, from state senators to city councilmembers to nonprofits. As a Seattle-native, I was unfamiliar with the inter-workings of New York politics, but was eager to step outside my comfort zone and learn the history and climate of one of the most forward-thinking states in the nation.

The staff at The Advance Group pushed me to work diligently and provided opportunities to grow as a young professional. We canvassed on primary day from morning until nightfall for US Congressional candidate Jon Kaiman, teaching us a lesson in camaraderie and perseverance. I was able to build one-on-one relationships with clients through staffing call times and volunteering at fundraising events. These connections are some of the most valuable benefits of working at The Advance Group and I am honored to have met some incredible role models.

Overall, my biggest takeaway from this experience was the opportunity to witness the downfalls of the campaign finance system. I spent a week summarizing the Campaign Finance Board’s handbook and observing the Board of Election office, and I took note of the procedures in place to regulate political donations. But when I attended events and saw the donors in person, it was clear that the lack of diversity and prevalence of special interests present problems in the system. My internship was able to open my eyes to these flaws, and I hope to learn more about this policy issue after returning to the Ford School in the fall.

Kate Reinertson is a University of Michigan junior and a bachelor's of public policy candidate at the Ford School. 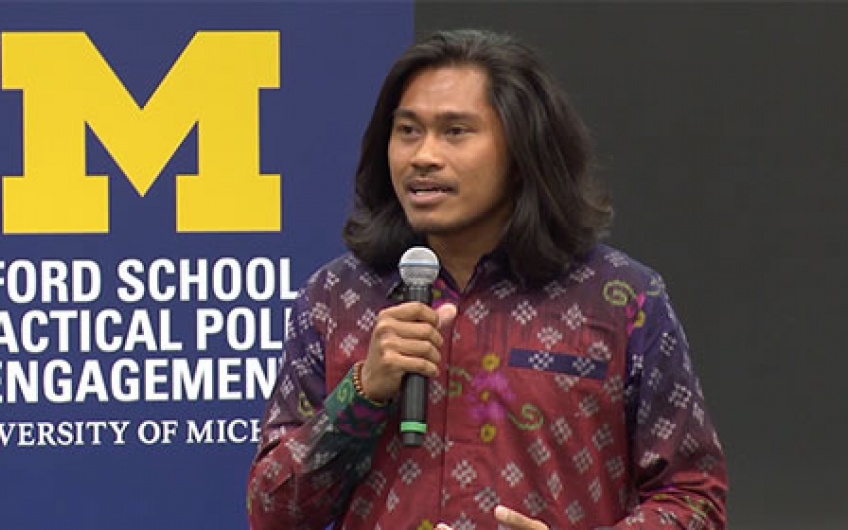