“Fake news!” Left and right raise the cry, and often, both are at least partially correct. But what is the source and substance of the fakery? And why is there so much of it now?

Alumna Jennifer Kavanagh (PhD ’10) and her colleagues at the nonpartisan RAND Corporation would have us know that “truth decay,” as they call it, is systemic, and that we, as consumers of the news, are a part of that chaotic and dysfunctional system. We may enable or disable fake news by how we read and listen, by what we choose to question and choose to ignore, and by the critical, deconstructing eye we cast (or not) on print and broadcast outlets, their methods, and their people.

In 2016, RAND CEO Michael Rich asked Kavanagh to join him in researching populist responses to gaps between political institutions and the needs of the electorate. “Populism and truth decay go together,” Jennifer explains. “Trends and drivers that motivate the current populist resurgence in the United States are similar to drivers of truth decay.”

Thanks to Kavanagh’s research, RAND identifies four trends that characterize the dissemination, processing, and consumption of today’s news: disagreement over basic facts and data, blurring of the line between fact and opinion, increasing relative volume and influence of opinion and narrative over fact, and declining trust in once-respected sources of information. Kavanagh points out that information is indeed at the heart of three of these trends and insists that, although “changes in the information system—cheap, easy dissemination and increases in speed and volume” have many benefits, we must also be aware of their sometimes negative impact on information quality and accuracy.

Drivers of the trends above include cognitive bias, the rise of social media and electronic news, political and social polarization, and an educational system that lacks the resources to teach students to evaluate information sources or how to synthesize information from those sources deemed reliable. RAND is currently researching how media literacy education can be improved. The task is formidable for us all, regardless of age, because, as Kavanagh points out, “the scale and scope of information we have available is different from previous historical periods. There’s more noise, and that means more blurring of facts and opinions. We can’t have reasonable discussions because we can’t agree on facts.”

“When you lack a set of agreed-upon facts,” she explains, “it is difficult to outline policy choices and consequences and to compromise. Everyone has their own narrative, creating chasms between cultural groups. The result is political paralysis and a collapse into fighting and nastiness.” There is no longer a marketplace of ideas, that cherished democratic ideal. Instead, there is erosion of civil discourse, alienation of individuals from political and civic institutions, and uncertainty, at home and abroad, about U.S. policy. Kavanagh contrasts all this to her graduate education. “At Ford I learned how to have conversations and debate policies,” she says. “We had facts at hand. At end we could go out and have dinner together.”

Strikingly, RAND declares truth decay a bipartisan issue. “Disagreement over facts goes back for years,” Kavanagh says. “We can’t tie it to any party.” She points out, however, that humans have always been liable to reject information that doesn’t conform to previously held opinions and personal ways of evaluating. Individual biases are encouraged by systemic factors, such as the need for media outlets to create revenue. One way for them to do so, according to Kavanagh, “is to exaggerate content—misleading headlines that don’t match a story and ratcheting-up of cable news; ‘breaking news’ can be anything.” And while programming is now 24/7, the amount of news has not increased, so “there is a shift toward commentary in lieu of more expensive investigative journalism.” 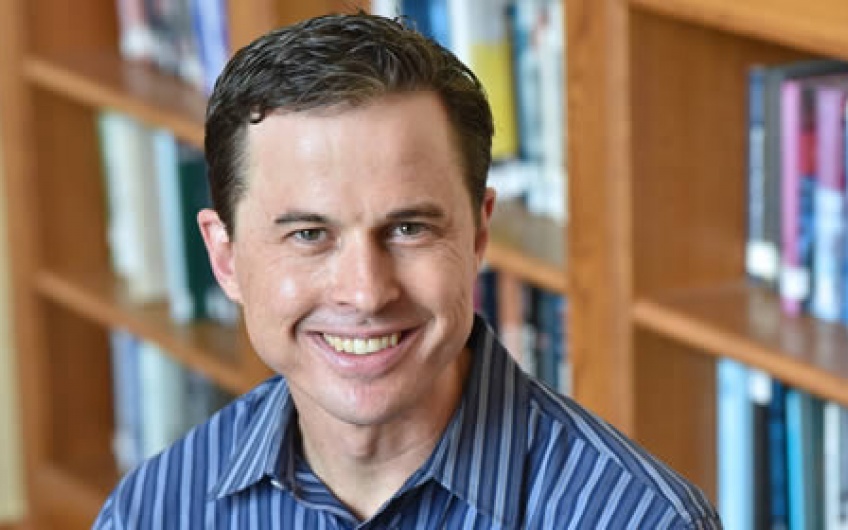