Ford School Dean Michael S. Barr, Associate Dean and Poverty Solutions Director Luke Shaefer and Alford A. Young Jr., Professor of Sociology and African and African American Studies and courtesy faculty at the Ford School, discussed some of the ways that policymakers and communities are attempting to combat poverty during the COVID-19 crisis in a Policy Talk on July 15.

Here are some highlights of their conversation:

Luke Schaefer: It’s challenging for everyone, but especially lower income families in that all of the sources of support disappeared almost like that. So the unemployment insurance agency was getting like 500 new claims a week. In about one week that went up to 77, 80,000. That was the most we’d ever had in a week. Then it went up to 128,000. Then it went up to 380,000 before it crested. So we were sort of thrown into a situation of trying to figure out a number of things on the public assistance front. It turns out that in a lot of our programs, things are built into them that make them particularly bad in a public health crisis. So work requirements, for example, saying you have to be working when we actually want people to be sheltering in place. Another example was with our cash assistance program. There’s a requirement that kids are in school. And we found a couple of weeks after, obviously with schools closed, we saw a set of families who were still being denied because they weren't going to school.

Alford A. Young: I think first of all, that this moment has caused us, if we dare, to really think more deeply about the relevance of race and policy beyond the ways in which we have done. The pandemic has put before us an opportunity to think more deeply about why and how low income citizens, in this case African Americans, live the way that they live and what are the complicated mechanisms that are at stake and why these outcomes exist. Something this pandemic has made clear almost from the beginning, is that there are a set of preconditions for people who would be greatly affected by health factors, income factors. African Americans live in smaller residential units and often with more people, so that this notion of social distance is almost impossible for African Americans. Many are living in residential units where they’re not necessarily with blood relatives, but it just exacerbates the point of everyday contact that makes it difficult to engage everyday life. I also think a history of problematic relationships to healthcare systems matters as well. So Black people, to be rather general about it, particularly low income African Americans, are used to living in unhealthy conditions, blood pressure issues, cardiovascular challenges. Many neither have the economic means nor the trust and confidence in healthcare systems to try to get treatment for those kinds of conditions, and that presents a case for disaster. Are we going to take seriously our mutual responsibility to the circumstances that people find themselves in?

Luke: Even in a very complicated system, it is sometimes possible really to streamline these things and take all of the burden off of the shoulders of the families who really should be able to spend their time focused on other stuff.

Al: It is not simply about administrative efficiency. That's what builds trust and comfort in low income and disadvantaged communities with government, with social institutions. And I think one of the great challenges around even well-meaning social policy, that's complicated, that takes time to implement, is that that just exacerbates a sense of lack of trust and heightens suspicion. Understand that for many people that are living in moments of desperation, a short term intervention doesn't mean that their response is the government or some external party is going to take care of me forever, right? There's a desire and interest for people to meet one's needs, right? To go to work, to respond effectively. And oftentimes these moments of crisis intervention get subverted or compromise because the vision of low income and disadvantaged people is: if you give them, they will want forever. And we've certainly got all kinds of data around response to public assistance, around response to employment opportunities, that struggling people try to do for themselves.

Michael S. Barr: I know in my own research in Detroit, I spent a long time talking to low and moderate income families. And, you know, the biggest barrier they face is they just had no financial slack. So any one small thing that the three of us could handle and not worry about was enough to send them over the edge. A medical bill, a car repair, really would just completely upend their lives. So if you're able to intervene you might actually create a bunch of benefits that lets people then get control over their lives, and move forward.

Michael: If you look at the situation a lot of people are facing this country, we are still facing enormously high unemployment rates. If we don't get unemployment insurance expanded and extended by Congress, at the end of this month, those people are going to be really out of luck. You're going to see flows through to evictions, to foreclosures on people who are able to own their homes and all kinds of other things.

Al: What I encourage the public to do is to not simply think about what might endure over the long term, but how investments at the personal level might in fact, in aggregate, contribute to long term change. I invite people quite briefly to think about where they live, where they work, where they go to school, if they're in school, where they worship, if they worship, where they engage in recreational activity. Those are five sites where you can ask yourself two basic questions: In what ways do those domains unfairly exclude people that should have access to them either by the social arrangement or the cultural practices that go on, where might people be unfairly excluded? Second, where my people who are included in any of those domains feel unable to enjoy the fruits of those spaces because of the practices that go on there because of the arrangements. If every individual thinks about taking action in at least one of those domains, that's what leads to long term engagement and substantive solutions around our race problem.

Luke: At Poverty Solutions, we're trying to take a really close look and think about how we can better live into the work of confronting and combating institutional racism at the university, in the systems that we have connections with. We're going to be trying to fund and really support research that tries to take concrete, actionable steps and how to do that at systems levels.  And I think we can all just sort of try to do the same process, and say it starts with us, and “let me think about, is there something at the end of this week where I could say I did something that means in some small, medium or large way had an impact on combating racism?”

H. Luke Shaefer is the inaugural Hermann and Amalie Kohn Professor of Social Justice and Social Policy at the Gerald R. Ford School of Public Policy. He also serves as the inaugural director of Poverty Solutions, an interdisciplinary, presidential initiative at U–M that seeks to partner community stakeholders and scholars to find new ways to prevent and alleviate poverty. Shaefer's research on poverty and social welfare policy in the United States has been published in top peer–reviewed academic journals in the fields of public policy, social work, public health, health services research, and history, and his work has been supported by the National Science Foundation and U.S. Census Bureau among other sources. He has presented his research at the White House and before numerous federal agencies, has testified before the U.S. Senate Finance Committee, and has advised a number of the nation's largest human service providers. His work has been cited in the New York Times, Washington Post, The Economist, The Atlantic, and Los Angeles Times, among other media outlets, and he has been featured on such programs as Marketplace and CNBC's Nightly Business Report. His book with Kathryn Edin, $2.00 a Day: Living on Almost Nothing in America, was named one of the 100 Notable Books of 2015 by the New York Times Book Review, and won the Hillman Prize for Book Journalism among other awards. Shaefer serves on the Commission on Community Action and Economic Opportunity for the State of Michigan. He received his B.A. in politics from Oberlin College and A.M. and Ph.D. from the University of Chicago, School of Social Service Administration. 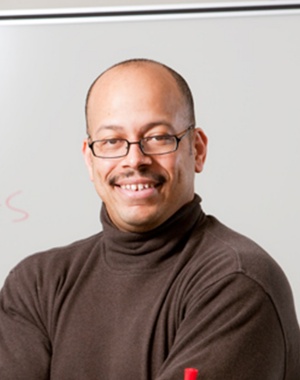 Hermann and Amalie Kohn Professor of Social Justice and Social Policy; Associate Dean for Research and Policy Engagement; Director, Poverty Solutions
Shaefer is associate dean for academic affairs. He serves as the inaugural director of Poverty Solutions, an interdisciplinary, presidential initiative at U-M that seeks to partner communities and policymakers to find new ways to prevent and alleviate poverty.
Share: