As everyday activities in Detroit begin to resume, four out of 10 working Detroiters remain temporarily or permanently laid off, and many residents say they feel the state is reopening too soon.

According to the third rapid response COVID-19 survey from U-M's Detroit Metro Area Communities Study, the unemployment rate in Detroit still sits around 45%—similar to last month's estimates of 45%. The survey gathered responses between May 28 and June 11.

"The unemployment rate in the city of Detroit remains alarmingly high and has not changed very much in the past month. Also, 56% of those not currently working believe it is very unlikely they will return to work in the next month," said Jeffrey Morenoff, one of the faculty research leads for DMACS, Ford School professor of public policy and sociology and director of the Population Studies Center at U-M's Institute for Social Research.

"We find that a substantial number of people are falling behind on their bills and facing financially precarious situations," said Lydia Wileden, a doctoral candidate at U-M who analyzed the DMACS COVID-19 survey data. "One in five Detroit households say they have not paid at least one household bill in the past month, and 44% say they are concerned about facing one or more hardships such as being evicted, having their utilities shut off or going bankrupt in the coming months."

Survey results also suggest that many families are struggling with rising costs and food shortages. Sixty-five percent of Detroit households report spending more at the grocery store in the last month, while 71% of those who report not having enough to eat in the past week point to the prohibitively high cost of food as a cause of their insecurity.

Though many Detroit households continue to face difficult economic conditions brought on by the pandemic, survey results suggest that residents perceive the pandemic to be less serious now than in previous months. Sixty-five percent of Detroiters say the pandemic is very serious for them personally, compared to three-quarters of respondents in the previous survey wave. Black residents and those who earn lower incomes or have lost their job in the pandemic are much more likely to still view the pandemic as very serious than other Detroiters.

The survey also found a drop in concerns about a number of behaviors thought to increase the risk of contracting the virus. Detroiters believe activities such as dining in at restaurants, playing on playground equipment and attending large gatherings to be safer than they did in prior survey waves. The proportion of Detroiters who viewed visiting friends in their homes as being very unsafe fell from 43% to 25% between survey waves.

This article was prepared by Michigan News.

Jeffrey D. Morenoff is a professor of sociology, a research professor at the Institute for Social Research (ISR), and a professor of public policy at the Ford School. He is also director of the ISR Population Studies Center. Professor Morenoff's research interests include neighborhood environments, inequality, crime and criminal justice, the social determinants of health, racial/ethnic/immigrant disparities in health and antisocial behavior, and methods for analyzing multilevel and spatial data. In 2004, Morenoff won the Ruth Shonle Cavan Young Scholar Award from the American Society of Criminology for "outstanding contributions to the discipline of criminology. He earned an MA and PhD in sociology from The University of Chicago. 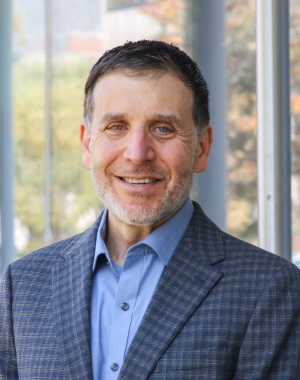