The COVID-19 pandemic knocked many women off schedule for important health appointments, a new study finds, and many didn’t get back on schedule even after clinics reopened. The effect may have been greatest in areas where such care is already likely falling behind experts’ recommendations.

The study, by health care researchers in the University of Michigan Institute for Healthcare Policy and Innovation (IHPI), including John Ayanian, director of IHPI and Ford School courtesy faculty, looks at screenings for breast cancer, cervical cancer and sexually transmitted infections (STI), as well as two types of birth control care: prescriptions for oral contraceptives and insertions of longer-acting devices.

For all of 2020, adult women covered by Michigan’s largest private health insurer were 20% to 30% less likely to receive these services than they were in 2019, according to the findings reported in JAMA Health Forum.

As expected, there was a sharp drop in most such care during Michigan’s first pandemic peak in March and April 2020. That includes the weeks when the state’s public health orders paused all non-essential health care, and many health clinics closed, to reduce the risk of coronavirus transmission and free up health providers for the surge of a brand-new disease caused by a little-understood virus.

But even after clinics reopened, there was no added increase in these services during the rest of the year to make up for lost time.

From July 2020 to the end of the year, women got most of these kinds of care at pre-pandemic levels, but not at higher levels that would catch up on missed care.

“This recovery to baseline levels, but not above them, means a group of women missed these services all year. The question is, what will that mean for them over the longer term?” says Nora Becker, M.D., Ph.D., the lead author of the study and a primary care doctor at Michigan Medicine, U-M’s academic medical center. “We don’t know yet whether they have caught up in 2021, but we will need to keep looking at the data as they become available.”

The study also suggests that disparities in preventive care could have been made worse by the pandemic. Women with lower incomes or less English-speaking ability, and those who are Black or Latina, were already known before the pandemic to be less likely to receive these services as recommended.

In general, lower use of preventive care in 2020 was seen in women from ZIP codes that have lower average income levels, more non-white residents or more non-proficient English speakers.

“While these data don’t allow us to know for sure that disparities worsened, it’s concerning that a lot of these comparisons were moving in the direction of worsening the disparities that we know already existed,” said Becker.

“This study demonstrates the wide-ranging effects that the COVID-19 pandemic has had on other important health care services,” said Ayanian. A longtime researcher on health disparities in preventive care, Ayanian is the Alice Hamilton Distinguished University Professor of Medicine and Healthcare Policy in the U-M Medical School, as well as professor of health management and policy in the School of Public Health, and professor of public policy in the Gerald R. Ford School of Public Policy. He is also editor of JAMA Health Forum but recused himself from the editorial decision process for the study.

Getting back on track

Becker, an assistant professor of internal medicine at the U-M Medical School and member of IHPI, recommends that women should contact their providers if they skipped care in 2020, or had appointments canceled but not rescheduled by their providers during the spring of that year.

Similarly, she encourages providers to identify and reach out to the highest-risk individuals who could benefit most from preventive care – for example, those who were already overdue for a screening test when the pandemic arrived, or those who have other health or lifestyle factors that put them at higher risk of breast cancer, cervical cancer, STIs or unplanned pregnancy.

The study points to a bigger question of whose responsibility it is to remind women that they are due for a mammogram, Pap smear, STI screening or new long-acting birth control implant to replace one that has reached the end of its life.

Health insurers may send reminders, but clinicians most likely review what types of services are needed after the patient has arrived for an appointment. If the patient doesn’t come for an appointment, in person or via telemedicine, the clinician won’t necessarily notice that they’re due or overdue for a particular service.

While a single late or missed mammogram or Pap smear might not have a major impact on an individual woman’s life as long as it is quickly rescheduled, a missed birth control pill refill, STI test or LARC insertion could, Becker noted.

The reduction in social interaction during the pandemic, including reduced sexual activity among those not in relationships, may offset some of the risk of sexually transmitted infection or unplanned pregnancy, she added. Birth control pill refills at pharmacies were lower for all of 2020, compared with 2019.

The study is based on data from 685,000 Michigan women between the ages of 18 and 74 who were enrolled in an employer-based or Medigap plan offered by Blue Cross Blue Shield of Michigan between January 2019 and January 2021. However, if a woman received a preventive service without using her insurance, or was not covered by a BCBSM plan for the entire study period and received coverage for a service through a different plan, the data would not reflect that.

This story was originally published on IHPI's website. Read the original piece here. 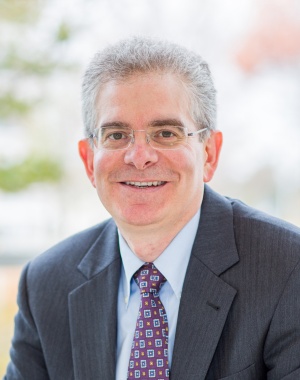