Checking in on the federal civilian workforce

"Big government” has been a target for some conservative politicians for decades. That complaint shifted in tenor and action when the Trump administration took office. The federal civilian workforce itself was broadly demonized as being political, anti-change, and representing “the deep state.” Steve Bannon, President Trump’s chief strategist, called at the CPAC convention in February 2017 for the “deconstruction of the administrative state.” Stories appeared across the media showing that many jobs were not being filled at the Departments of State, Education, Labor, or Interior, and that morale had taken a hit.

“The Trump administration did a number of things that showed it was not supportive of the federal workforce—especially the unionized workforce,” says Joe Davidson (MPP ’74), who has been writing about the federal workforce for the Washington Post. In October 2020, Trump signed a directive that could have changed the status of thousands of federal employees from the competitive service to “at-will,” reclassifying their positions as “policy-making”.

Yet despite the demoralizing rhetoric, after four years the actual number of federal civilian workers grew by four percent. While it was down at some departments (as above, among others) mirroring the administration’s political priorities, employment rose at the Departments of Defense, Homeland Security, Veterans Affairs, and others. Moreover, the Office of Personnel Management recently released the Employee Engagement Index (EEI) and Annual Employee Survey, including the Global Satisfaction Index, which showed over the past year “an increase in employee satisfaction with global satisfaction overall with an increase from 65% to 69% percent positive, as well as increases in satisfaction with their job (69% to 72%), pay (63% to 67%), and the organization (61% to 66%).”

Davidson says that the recent rise in satisfaction in some ways reflects the anomaly of the effect COVID had, as telework has always been popular, as well as the possible reaction to the attacks workers were feeling from political appointees. Paradoxically, they were taking pride in their work perhaps in spite of the recriminations, Davidson says.

It is a mark of the resiliency of the 2.1 million workers—non-elected and non-military public sector employees in the departments and agencies run by any of the three branches of government—who provide the essential services that keep the government operating and implement policies that affect every American and people all over the world.

The Biden administration has shown early support for the federal workforce and its unions, quickly reversing some Trump-era executive orders that had weakened their independence and job security.

Davidson says, “It is important for these jobs to be filled, and that they are given the tools to do their jobs, and be able to serve the people.”

Ford School alumni have been filling these roles for decades. Jennifer Niggemeier, the Ford school’s director of Graduate Career Services and Alumni Relations, says that reflects the school’s ethos and academic focus. Versed in quantitative analysis, communication, and public  management skills, “our alumni who choose to serve in the federal government are committed to serving the American people, and to a certain extent all people, no matter what administration is in office.”

The Ford School has recruiting partnerships with many government agencies in the executive and legislative branches. “Our alumni network in government service really stays close, and helps us with recruiting, even conducting mock interviews. They are a great resource for us and for our students. They keep us up to date on how the skills and requirements (for jobs) may change over time,” she says.

Almost every year, Ford School graduates are admitted to the Presidential Management Fellows Program, a two-year training and leadership program within a government agency, operated by OPM. “After they go through that program, many of our alumni stay in government for their entire careers,“ Niggemeier says. “They have had an impact on every issue— energy, water, immigration, defense, housing, transportation, and others—all across the government.”

Steve Suh (MPP ’99) has been a federal civilian worker for 22 years, first with the Office of Management and Budget and currently at the Department of Defense. “What made me stay was the meaningful and impactful work I have been able to do. The role of a comptroller or fiscal manager is essential. Any government department or program needs cash like they need oxygen, so I have been able to be a part of important policy discussions, bringing my insight into the process.”

Federal service is a great way to be able to live your values. The pride and privilege are worth the occasional slings.

Suh says people in federal service are used to the political attacks that can surface. “Nobody wants to be told that they are lazy, incompetent, or wasteful. But I think what you will find is that the people who stay are usually doing what they love to do. Federal service is a great way to be able to live your values. The pride and privilege are worth the occasional slings.”

For Latesha Love (MPP ’02), her work the past eighteen years in the Government Accountability Office has felt like “many careers in one.” Currently the director of international affairs and trade, she leads a team that audits U.S. international policy and expenditure across a range of issues from protecting women’s rights in trade agreements to preventing human trafficking in overseas procurement to assesing how foreign assistance is being distributed.

“Our job is being able to look at complex federal policy and program issues in an unbiased way, and give impartial and fact-based information to the administration, to Congress and to the public, to make sure that our government is achieving its policy goals,” she says.

The critical thinking, interpersonal, and written communication skills she learned at the Ford School are a part of her daily life. She also thinks the emphasis on diversity, equity, and inclusion is helping to create better policymakers. “It is always better when we put our heads together with people who have different lenses, skill sets, perspectives, and experience.”

“You can’t have a civil society without the civil service,” she says.

“We are here to serve the people, and we are passionate about making sure that we remain committed to the job, and to good government.”

Below, find the full, formatted Spring 2021 edition of State & Hill.

Click here to return to the Spring 2021 S&H homepage. 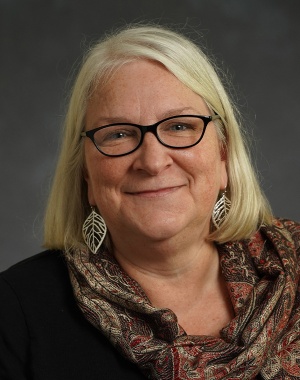 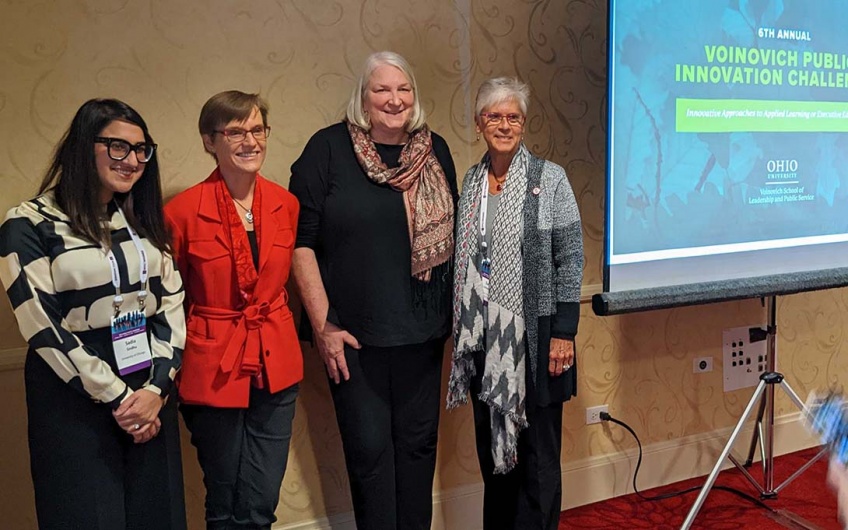