The U.S. Census Bureau announced Michigan will drop from 14 congressional seats to 13 due to sluggish population growth since the last count in 2010. “It does reduce the state’s influence and ability to get things done; not by a lot, but a little bit,” Ford School professor Jonathan Hanson told MLive. “Michigan carries a little less weight in Congress than it did before. We do know that’s a real impact, regardless of what happens in terms of the partisanship of the delegation.”

That information will be used by Michigan's Independent Citizen's Redistricting Commission as it draws district lines which will be used in the 2022 elections. Hanson described Michigan’s current political maps, which were drawn by Republicans in control of the state government in 2010 as a “crazy patchwork,” but he doesn’t expect the balance of power between Democrats and Republicans will change too much. "The full impact will be more clear once we see how the new district boundaries drawn by the Independent Citizens Redistricting Commission differ from those created by a Republican-controlled process in 2011," he told the News.

Ford School lecturer Ren Farley, a research scientist at the Population Studies Center, says in the same article he expects the Detroit area will lose one seat. But he told the Associated Press the state’s rural areas, especially the Upper Peninsula, may fare worse than Michigan’s largest city. “Really, there’s a lot of population loss in the U.P. There’s just not a lot of jobs up there anymore.”

Farley also told MLive traditionally Republican states that are growing in electoral power are also becoming more democratic and more competitive. “Those southern and western states that are growing, it’s partially because people are moving in from the Midwestern states, so it’s unclear if that’s going to be a real benefit to the Republicans,” Farley said. “In other words, some of the folks moving to Texas and Georgia are traditionally Democrats.”

Sociologist and demographer, visiting professor Lisa Neidert told WJR news radio noted the loss of seats in neighboring states Illinois and Ohio can also detract from influence over broader issues like preservation of the Great Lakes.

You can see the articles below:

Lecturer in Statistics for Public Policy
Hanson is a specialist in comparative political economy and political development. He examines the ways that political institutions affect economic performance and development. In his recent projects, he has explored how to measure state capacity, the roles of democracy and state capacity for improving human development, and why authoritarian regimes vary significantly in economic and social outcomes. A former congressional aide, he has been active in political campaigns. 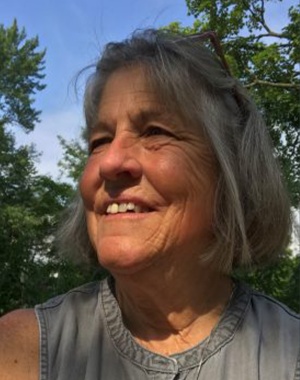