Hundreds of thousands--perhaps millions--of oil and gas wells in the U.S. have been walked away from by oil and gas companies over the past 150 years. Known as “orphan wells,” they represent a threat to the environment through leaking the greenhouse gas methane into the atmosphere and contaminants into local groundwater. A research paper by Ford School professor Daniel Raimi and others published in July, 2020, estimated that “a program to identify and plug 500,000 wells could plausibly cost between $12 and $24 billion,” meanwhile creating as many as 120,000 jobs in the hard-hit oil and gas industry. The Biden administration’s proposed infrastructure plan seems on target with its proposal of $16 billion to “put hundreds of thousands to work in union jobs plugging oil and gas wells’ and reclaim abandoned mines across the United States." The amount will change as elements of the plan work their way through Congress. Two bills came out in the House and Senate in the past week, one of which called for some $4.5 billion for orphaned wells, and another which called for around $8 billion.

Only some 57,000 wells have been identified by state agencies, which have most regulatory authority over oil and gas drilling, ranging from New York and Pennsylvania to Oklahoma and Texas, which has the largest number of wells that have been drilled but remain unplugged. And plugging wells can have vastly different costs, depending on the age, depth and potential hazard each represents, from as low as $10,000 to over $1 million.

In an recent article for Resources for the Future, Raimi calls for more research into the real environmental and health benefits of plugging wells, including more extensive measurement which would help paint a better picture of which wells are most likely to be most leaky, and a more precise understanding of how much it will cost to plug the wells. He and his partners show the need “to quantify how other factors shape plugging costs, such as the proximity to population centers, water bodies, and coal seams, along with other location-specific information.”

“Until researchers can gain a better understanding of these variables, policymakers will likely focus on the most valuable currency in the political arena: jobs. And one thing that’s clear is that unemployed oil and gas workers are a good fit for plugging and restoration jobs,” they conclude.

Raimi has been pursuing that further research, including publishing a preprint on the topic, revealing “new estimates of the costs of decommissioning oil and gas wells and the key drivers of those costs. We analyze data from up to 19,500 wells and find that median decommissioning costs are roughly $20,000 for plugging only, and $76,000 for plugging and surface reclamation.”

Texas provides a "cautionary tale" for the need for this research, with thousands more wells expected to be abandoned in the next few years, representing a financial and environmental timebomb. To manage the costs, an article in Quartz cites Raimi’s conclusion that “wells with low methane leakage but high sealing costs (those that are particularly deep, for example) may not be worth addressing, while others, especially those located near residential communities, should get priority.”

See the articles below: 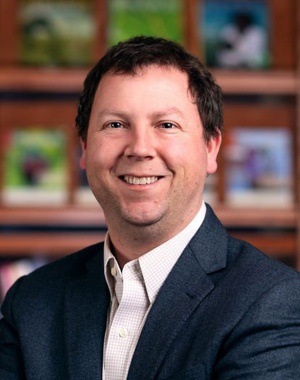