This week, the Heinz Family Foundation honored William (Bill) Bynum, Towsley Foundation Policymaker in Residence at the Ford School, as one of six recipients of the 26th Heinz Awards. This prestigious award recognizes his "outstanding contributions of those who are changing our world for the better."

“This year’s recipients of the Heinz Awards are not only calling attention to challenges impacting our communities, our country and our environment, they are doing the hard work of re-creating a country of possibility for everyone, where everyone can make a difference," said Teresa Heinz, chairman of the Heinz Family Foundation in a statement. "Through their art, their advocacy, and their leadership, they cause us to reflect and to learn, and in the true spirit of the Heinz Awards, they direct us to better care for and understand our neighbors and the planet that we share.”

According to the award announcement, Bynum, founding CEO of HOPE, is recognized for combating the extent to which factors such as race, gender, birthplace and wealth limit one’s ability to prosper.

HOPE works in Alabama, Arkansas, Louisiana, Mississippi and Tennessee, a region where indicators of economic mobility, such as employment, housing, education and healthcare are among the worst in the United States. Entrenched poverty and racial disparities have exacerbated these conditions, as have the lack of access to traditional banking services for the region’s most economically distressed people and places, most notably in the Mississippi Delta and Alabama Black Belt.

Since 1994, HOPE has attacked these challenges by providing affordable, responsibly structured financial services, and advocated for policies and practices that bridge opportunity gaps and close the wealth divide in the Deep South These efforts have generated more than $3 billion in financing that has benefited nearly 2 million people across the Deep South, while influencing policies that helped shape the nations’ community development finance sector into a force for diversity and inclusion. Eight out of 10 people served by the credit union are people of color and 60% are women; over one-third were unbanked or underbanked prior to joining HOPE and 75% of HOPE’s member households earned incomes of less than $50,000 last year. Among the homeowners reached by HOPE, nine out of 10 are first time homebuyers – supported by products designed to directly address the consequences of the racial wealth gap.

In an increasingly diverse nation, our collective self-interest hinges on the presence of a financial system that works for everyone, particularly people of color, who comprise an emerging majority of Americans.”

HOPE’s impact has been greatest during times of crisis. This was the case after Hurricane Katrina devastated lives, homes and businesses in the region. HOPE’s advocacy resulted in policy changes that doubled the amount of public funds available to individuals without flood or property insurance.

Read more about all of the recipients here.

About the Heinz Award

Established to honor the memory of John Heinz and to celebrate the vision and the spirit that produce achievements of lasting good, the Heinz Awards recognize individuals making contributions to the Arts, the Environment, and the Economy. During the program’s first 25 years, awards were given in five categories including Arts and Humanities; Human Condition; Public Policy; and Technology, the Economy, and Employment. Moving forward, there will be six recipients, with two recipients in each of the three categories. Awardees will receive a monetary award of $250,000 and the Heinz Awards medallion. 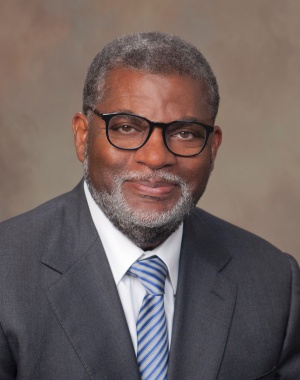