The water crisis in Flint and the bankruptcy in Detroit were separate events that had a common theme -- they had been caused in part by fiscal challenges decades in the making. Avoiding similar tragedies in the future could be tied to greater transparency in local fiscal reporting.

A pilot project by the Center for Local, State, and Urban Policy (CLOSUP) at the University of Michigan’s Gerald R. Ford School of Public Policy, in partnership with the City of Flint, will examine whether a new fiscal reporting mechanism can help create that openness. The project is made possible through a $120,000 grant from the Charles Stewart Mott Foundation to the University of Michigan.

The most important information for understanding local fiscal health is found in audited Annual Comprehensive Financial Reports (ACFRs). Unfortunately, data in these ACFRs in Michigan are currently provided as PDF documents, which severely limits their accessibility, comparability, and usefulness for many stakeholders - especially those who are not trained in government accounting.

CLOSUP’s Local Fiscal Health Project (LFHP) will be working with the City of Flint to implement an open data standard based on XBRL (eXtensible Business Reporting Language) in reporting its audited accounts. XBRL is a standard that is already used by over 100 agencies in 60 countries around the world, including the Securities and Exchange Commission in the U.S. Currently pilot projects and initial implementations of XBRL for local government reporting are taking place in Illinois, California, and Florida.

The CLOSUP team, working with XBRL US, the U.S. arm of the global nonprofit that manages the open standard, will adapt and expand on existing data standards within the Michigan context to ensure quality and accessibility. The team has already converted a portion of Flint’s 2020 ACFR into the new format. The work will provide support and training for Flint to generate more of its financial data in XBRL format every year, and also to take a retrospective look at Flint's fiscal reporting for the last 20 years to see how using the open standard could have helped highlight fiscal difficulties.

This pilot program with Flint will help modernize and digitize municipal financial reporting in order to better share the information with the public, the state of Michigan and other stakeholders.

"Financial transparency is essential to a healthy, responsive, and inclusive city government,” says Flint Chief Financial Officer Robert Widigan, “This partnership with the University of Michigan will position the City of Flint as a national leader in local government open data technology."

“This project ultimately is about improving a community’s quality of life, because as local fiscal information becomes more available, a greater number of stakeholders will have eyes on the data and be able to act on potential problems long before they turn into crises,” says CLOSUP executive director Tom Ivacko.

Campbell Pryde, CEO of XBRL US, says, "Our mission is to promote the widespread dissemination and transparency of financial information through the development of free, open data standards, and we are very excited to be working with the University of Michigan and the City of Flint to expand this important work in the public sector."

In addition to working with the City of Flint and XBRL US, the project will include consultation with the Michigan Department of Treasury.

LFHP program manager Stephanie Leiser says the transparency of XBRL reporting can lead to better governance. In a recent Working Paper, written with Capri Backus (MPP ‘21) when she was a student researcher, she argued, “Better understanding of local fiscal health is now more important than ever, as American democracy faces crises at all levels. Local communities are being asked to tackle some of the most important issues facing our country - the COVID-19 pandemic, systemic inequity, Black Lives Matter and police reform, and deteriorating infrastructure, among others. But what might it mean to reform policing or invest in infrastructure if we do not have a shared understanding of the fiscal context in which these decisions are made?”

Adopting this new financial reporting standard will position Flint on the cutting edge of transparency and technology. In October 2021, the House of Representatives passed H.R. 2989: Financial Transparency Act (FTA) which directs the seven major U.S. financial regulatory agencies to adopt consistent data formats, including directing financial regulators to make their reporting available as open data sources - electronically searchable, downloadable, and without a paywall.

LFHP was launched in 2019, and working in partnership with academic researchers, Michigan’s local government associations, the Michigan Department of Treasury, and others, aims to develop a deeper understanding of the fiscal health and fiscal challenges of local governments in Michigan. The early detection of potential problems which a new XBRL open data standard could offer are a core part of its mission. 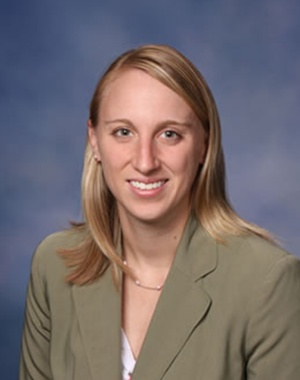