How does the U.S. government choose whether to outsource its work abroad to contractors from the country of implementation or rely on international vendors? In a new study titled “Developing capacity and reducing risk? An analysis of federal international contracting,” Amy Beck Harris, postdoctoral fellow at the Ford School, and Benjamin M. Brunjes, assistant professor at the University of Washington, explore the factors that lead to the selection of locally-owned service providers. In doing so, they consider the potential local economic development impact from the billions of dollars spent annually on U.S. government contracts implemented abroad by 3rd party actors.

The choice of vendor matters “because investments in locally owned firms are likely to stimulate the local economy more than contracts with externally owned firms, as the funding could be more likely to stay in the local economy and spur capacity growth,” the authors write. These local investments may have a role to play in advancing the U.S. Government’s broader foreign policy goals of promoting development abroad.

Yet, selecting locally owned contractors is considered a riskier endeavor for the contracting agency. While federal agencies inherently take on some risk when using contracts to implement their work, using established external contractors, located in the United States or other developed nations, lowers transaction costs and limits the risk of contract performance and completion problems.

Throughout the study, the first effort to describe the use of international contracts and their potential as a form of aid, the authors explore the factors that forecast the decision between locally-owned contractors and externally-owned contractors. The study focuses its analysis on variables measuring local development motivations, risk management motivations, and other potential explanatory factors such as the pre-existing diplomatic relationship between countries.

Harris and Brunjes conclude that managerial preferences have the largest impact on the selection of a contract’s vendor, rather than foreign aid goals. In particular, they find that greater uncertainty and complexity within the contract work, coupled with lower levels of local capacity in the country of implementation, lead contracting agencies to reduce risk by selecting more established international contractors.

“This supports the idea that international contracts are being used primarily to accomplish U.S. work abroad in a manner that minimizes risk exposure, and not in a manner that explicitly drives local economic growth,” the two conclude.

However, they do discover some heterogeneity in their findings, noting that “the Department of State is more likely to award contracts to locally owned firms, reflecting their explicit mission to provide aid for developing countries.”

To come to these conclusions, the authors sifted through the data on over 38,000 contracts by the U.S. government with a non-domestic place of performance from January 2005 to October 2017. Descriptively, these data (which covered all international federal contracts during the time period) showed that 65% of all international contracts were in the Middle East, and the top five nations within which U.S. government contracts exist were Afghanistan, Iraq, Germany, South Korea, and Canada, respectively.

Overall, Harris and Brunjes found little evidence that international contracts are used as a form of aid towards less developed nations.

The authors go on to explain what effect international government contracts have on local economies, and why contract managers should be thoughtful about their decisions. They argue that despite their potential to spur economic growth, international contracts are not currently being used in this way; and many contracting agencies are missing an important opportunity to further U.S. foreign policy goals more comprehensively across their work abroad.

Concluding that most international contracting is driven by management considerations, the authors recognize a few shortcomings of the study, which include the role of subcontractors in contracts and the exclusion of foreign aid grants. The study opens up doors for more work to be done regarding humanitarian efforts and the impact of diplomatic relationships on locally owned contracts.

Read the study, “Developing capacity and reducing risk? An analysis of federal international contracting,” which was originally published in the International Public Management Journal. 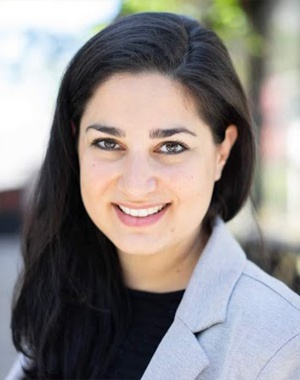