Michigan local leaders are generally optimistic about how democracy is functioning in their jurisdictions, but are far less praiseworthy about the national picture, according to a new University of Michigan report.

By contrast, 63% of Michigan local leaders rate democracy in the United States as a whole poorly, at four or lower on the scale. This is a slight improvement from the 66% who gave such poor ratings in 2021. Only 10% of Michigan local officials currently rate the functioning of democracy at the federal level as relatively strong, at seven or above, essentially unchanged from last year.

On the state level, 32% of the state's local leaders rate democracy in the state of Michigan poorly, at four or lower today. This is a significant improvement from the 43% who felt this way a year ago, but still represents widespread concern. Slightly more than a quarter (27%) rate Michigan democracy as relatively strong, at seven or above on the scale, up from 20% who said the same in 2021.

The findings come from the spring 2022 wave of the Michigan Public Policy Survey, conducted between April 4 and June 6 by the Center for Local, State, and Urban Policy (CLOSUP) at the Ford School of Public Policy.

There are significant partisan differences in assessments of democracy at the national level, indicating they are likely influenced by which party holds the presidency and Congress at any given time, according to Jankeesh Sandhu, CLOSUP research specialist.

At the state level, Democrats are much more likely to give high ratings compared with independents and Republicans, although these ratings have improved among all partisan groups since 2021.

"Concerns about the functioning of American democracy have been increasing in recent years, especially with the widespread election denialism after the 2020 elections," said Tom Ivacko, CLOSUP executive director. "In Washington, the events of Jan. 6, and in Michigan the plot to kidnap the governor, rattled people’s faith in democracy. But on the homefront, officials remain confident their communities have maintained the norms of a democratic society."

Debra Horner, program manager of the survey, said the recent midterms did not have the drama of the 2020 elections, and part of the reason could be the effective local administration of voting—and vote-counting.

"While confidence increased slightly from 2021 to 2022, perhaps the perceptions will continue to improve after the orderly elections this November," she said.

The survey is an ongoing census survey of all 1,856 general purpose local governments in Michigan conducted since 2009 by CLOSUP. Respondents for the current wave include village, township, city and county officials from 1,327 jurisdictions statewide. 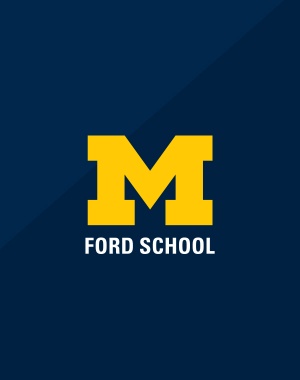