The Great Recession may have affected Americans’ well-being in ways previously not well understood. A new study has found that people who experienced housing instability as a result of the economic downturn during the 2007-09 recession were considerably more likely to have experienced anxiety attacks and other symptoms of mental illness.

The study, conducted by Sarah Burgard of the Institute for Social Research, also Ford School courtesy faculty, and Huiyun Kim of the University of Minnesota, was published in the journal Public Health this month. It concludes that respondents who experienced any housing instability as a result of the recession were 14% more likely to have had a recent anxiety attack. Those who had moved for cost reasons were 16% more likely.

Previous studies had explored similar aspects of this problem, but Burgard says this was a more holistic approach.

“Very few studies have assessed the mental health impact of housing instability while considering its many forms,” she said. “A comprehensive measure of housing instability is a powerful approach that adds to prior research focusing on discrete events of a specific type (e.g., only eviction), as people may experience a complex, sequential pattern of multiple housing instability events over time, or may be at risk of some, but not other types.”

Past studies have also failed to account for other factors that contribute to housing-related mental health issues, such as the stressful and potentially dangerous consequences of poor climate control, hazardous building conditions and pollutants.

“Adjusting for those factors as well increases our confidence in the findings about housing insecurity as a potential risk factor on its own,” said Burgard.

The project drew its data from the Michigan Recession and Recovery Study (MRRS), which drew a random sample of adults aged 19–64 from the general population of Macomb, Oakland, and Wayne Counties in the Detroit metro area. Respondents were asked questions about their experiences with different kinds of housing instability, if any, as well as if they’d experienced any anxiety attacks or depression recently.

This study’s conclusions may indicate that mental health issues could lie ahead — or are already present — for many Americans during the ongoing economic challenges surrounding the COVID-19 pandemic. Most rent and eviction moratoriums present during the pandemic have been lifted, leaving more vulnerable to housing instability and its associated mental health burdens.

“Across the country, the shutdowns in many industries led to a spike in unemployment, creating affordability problems, and now the inflation we’ve been experiencing lately has been really hard on budgets,” said Burgard. “On top of all this, you had people needing to work from home in some cases, needing to isolate themselves in their homes in others, plus all the other stressors related to the pandemic. In so many ways, housing instability in the COVID era could be enormously hard on mental well-being.”

This article was written by the Institute for Social Research. The original can be seen here. 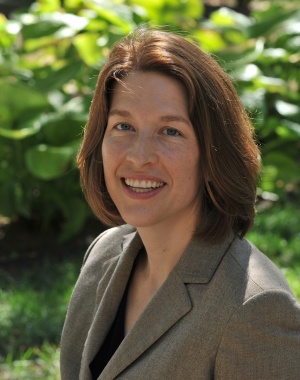 Professor of Sociology; Professor of Public Policy and Epidemiology (by courtesy)
A sociologist, Burgard’s research focuses on the way systems of stratification and inequality impact the health of people and populations. Much of her work focuses on socioeconomic, gender, and racial/ethnic disparities in working lives and the relationships between working careers and health. She studies mental and physical health, as well as health behaviors, with a particular interest in sleep. In related work, she has studied the impact of recessions on well-being.
Share: