Turkish President Recep Tayyip Erdoğan vowed on November 20, 2022, that another ground invasion of Syria would take place after launching a series of airstrikes targeting northern Syria and Iraq. In an article for the Middle East Institute, Professor Megan Stewart has examined the significant effects of Turkey’s potential invasion on civilians and combatants as well as the greater political effects on the region and other foreign actors.

The first major impact of a Turkish invasion would be to escalate violence in Syria. A Turkish invasion would target SDF (Syrian Democratic Forces) fighters who would in turn heighten the conflict. “Its offensive could additionally embolden Syrian rebel forces supported by Ankara to intensify their own violent campaigns,” Stewart says. “An invasion by Turkey would further compound the probability of additional accidents and confrontations between Turkish and Syrian forces.”

Another drastic effect of a Turkish invasion would be for empowering ISIS forces. With the threat of a Turkish invasion, the SDF declared it would suspend anti-ISIS operations. As a consequence, Turkey’s offensive would weaken the SDF which “creates a window of opportunity for ISIS to gain strength once again,” Stewart notes.

Civilians will in particular most heavily bear the impact of escalation of violence. A Turkish invasion risks also an increase in war crimes committed against civilians. Stewart points to the last Turkish invasion in 2019, titled Operation Peace Spring, which raised allegations of potential war crimes by Turkish-supported opposition forces.

Besides the impact of escalating violence, Syrian civilians potentially would face dangerous add-on effects given the increasingly devastated infrastructure networks and lack of humanitarian support. Civilians’ significant need for humanitarian assistance is evident in how millions of people in northern Syria depend on or require additional humanitarian assistance. “Yet when Turkey invaded in 2019, the United Nations Children’s Fund (UNICEF), International Red Cross (IRC), CARE International, and other aid organizations suspended services and evacuated foreign staff, further exacerbating the humanitarian crisis at the time,” Stewart states. “Few indications suggest another Turkish incursion would differ from its 2019 offensive.”

The impact of a possible Turkish invasion on the Syrian refugee crisis is also noteworthy. A ground invasion and occupation risks increasing refugees and displaced persons moving into Iraq. This risk was exemplified after Turkey’s initial invasion of Syria in 2019, where an estimated 14,000 refugees moved into Iraq causing camps for internally displaced persons to overcrowd. Back then, officials said a future Turkish invasion could cause 50,000 to 100,000 persons to flee to Iraq.

A Turkish invasion would have a major effect on political tensions between Turkey and other nations. Stewart explains that “beyond Syria, aggressive Turkish posturing has implications for Turkey’s relations with Iran. [Additionally,] Ankara may use the threat of invasion or the realization thereof to extract even more concessions from Washington and its European allies.

Stewart concludes by recommending actions that the U.S. could take to mitigate further Turkish military actions in Syria:

The full article can be seen here: What's at stake if Turkey invades Syria, again 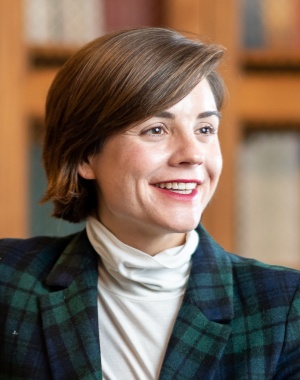