Your will is one of the most important documents you can create. It not only dictates how your assets and possessions will be divided after your lifetime, but also ensures your loved ones are financially protected should something happen to you. In addition to caring for loved ones, you can use your will to extend your support to the places that have had a major impact on your life, like the Ford School—to create a legacy that will impact Fordies for generations to come, with the flexibility to update your wishes as your life changes.

Why document your intentions?

By naming the Ford School in your bequest, you can be sure your gift has its intended impact and be recognized during your lifetime.

What are the advantages of a bequest?

Bequests are consistently among the most popular ways our alumni and friends choose to provide long-term support for the Ford School, in large part because this type of gift is so simple to set up and easy to change.

You can change your mind at any time. A bequest does not go into effect until after your lifetime, giving you the opportunity to update or amend your gift at any time. This flexibility allows you to balance your generosity with your concerns about future living expenses or caring for family members.

You have options. You can make a commitment of a specific amount, or as a percentage of your estate’s estimated value. Even a small percentage can make an impact.

Paying it forward: A culture of philanthropy

While receiving his undergraduate degree from Wittenberg University, Jeff Ebihara (MPP ‘86) spent the summer of his junior year at the Ford School of Public Policy as an Alfred P. Sloan Foundation Fellow (now known as PPIA)—a program designed to build diversity in public service. 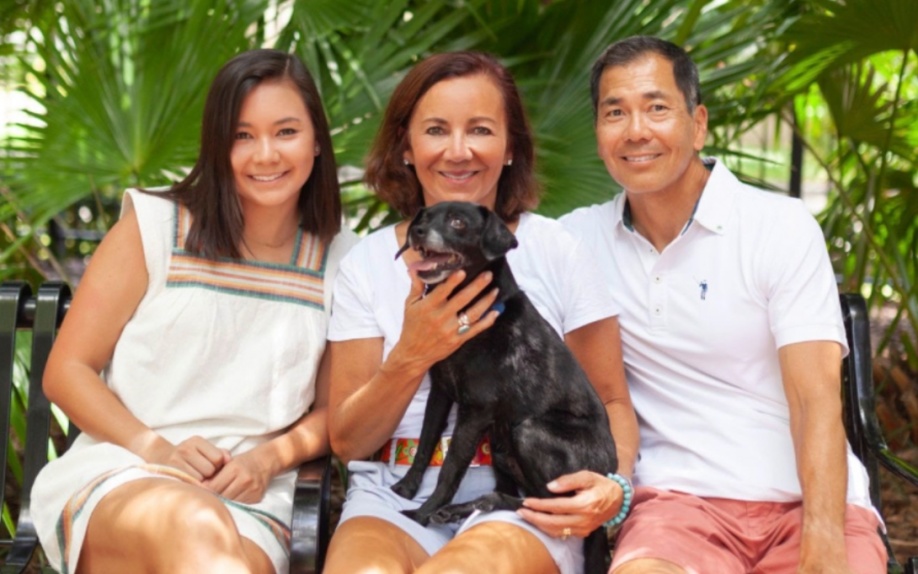 My Japanese American culture places education among the highest priority for each generation. It is my duty to help the next generation of leaders gain the critical thinking skills, knowledge, and internship experience that only the Ford School can provide. I believe my immigrant grandparents would be very proud.

This summer program equipped him with skills and a network of peers that helped prepare him for graduate school at the University of Michigan. Today, Jeff is the President of Rize Solutions, a Minority Business Enterprise and Disadvantaged Business Enterprise that provides consulting services for companies in the telecommunications industry.

Understanding the transformative impact of his experiences at the Ford School, and knowing he could not have attended nor succeeded without the help of a tuition scholarship and stipend, Jeff and his wife, Elizabeth, generously made a bequest in their estate plans. Their planned gift will fund the Jeffrey A. and Elizabeth S. Ebihara Internship Award: an endowed graduate internship fund with a preference for students who come from an educational, cultural, or geographic background that is underrepresented in public policy studies in the United States or at the University.

Fund for Student Support - Your gift broadens access to a Ford School education, empowering the next generation of leaders.
Other funding opportunities

Supporting leaders in life and beyond

Professor emeritus John Chamberlin, a beloved professor of political science and public policy, retired in April 2013 after 43 years of teaching. He continues to have a tremendous impact at the Ford School each day, and plans to continue his legacy for many years to come.

John started working at the Ford School in 1970 (then known as the Institute of Public Policy Studies), a year after it opened its doors, and served in several leadership roles during his tenure, including as associate dean, the interim dean, the founding director of the school’s BA in Public Policy Program, and the director of U-M’s Center for Ethics in Public Life. As of 2014, he had taught more courses than any other faculty member at the Ford School. Many of those courses emphasized values and ethics in public policy and statistics—two curricula cornerstones at the school. An active contributor to the community after retirement, John taught several courses in recent years and guided a student research project on the State of Michigan’s redistricting process.

As a loyal donor to the Ford School, John intends to continue giving back to the Ford community long into the future by establishing the Chamberlin Family Fund, an endowed fellowship to support MPP students, by designating the Ford School as a beneficiary of his Retirement Plan Assets.

Learn how to include the Ford School with bequests

Learn how to include the Ford School with retirement plan assets