Join us for a talk on global vaccine equity and health justice with Fatima Hassan, human rights lawyer, social justice activist, and the founder of the Health Justice Initiative in South Africa; and Dr. Abdul El-Sayed, Towsley Policymaker in Residence at the Gerald R. Ford School of Public Policy.

Fatima Hassan is a human rights lawyer and social justice activist and the founder of the HJI. She is the former Executive Director of the Open Society Foundation for South Africa (OSF-SA), heading the Foundation for 6 years (mid-2013 - mid-2019). She has dedicated her professional life to defending and promoting human rights in South Africa, especially in the field of HIV/AIDS where she worked for the AIDS Law Project and also acted for the Treatment Action Campaign in many of its legal cases.

She has a BA and LL.B from the University of the Witwatersrand and an LL.M from Duke University. She clerked at the Constitutional Court of South Africa for Justice Kate O'Regan and has served as the Special Adviser to former Minister Barbara Hogan (Health; Public Enterprises).

She is a former co-director and a founding Trustee of Ndifuna Ukwazi, and previously served on the Boards of the Raith Foundation; SA Médecins Sans Frontières / Doctors Without Borders (MSF-SA); the International Treatment Preparedness Coalition (ITPC); and the SA Council for Medical Schemes. She is currently serving on the Board of Global Witness. She is the recipient of several fellowships and awards, including the Franklin Thomas SA Constitutional Court Fellowship; and the Tom and Andi Bernstein Distinguished Human Rights Fellowship at Yale University’s School of Law. She is also the host of a special COVID-19 and IP related podcast called ACCESS.

Dr. Abdul El-Sayed is a Harry A. and Margaret D. Towsley Foundation Policymaker in Residence at the University of Michigan's Gerald R. Ford School of Public Policy. A public servant, Michigan politician, former public health professor at Columbia University, and a medical doctor, Dr. El-Sayed was executive director of the Detroit Health Department and Health Officer for the city from 2015 to 2017. In 2017 he resigned as health director to run for governor of the State of Michigan. In September 2018 he founded Southpaw Michigan, a political action committee, to help elect other progressive candidates in Michigan. He was also formerly an assistant professor in the Department of Epidemiology at Columbia University.

Dr. El-Sayed is a political contributor at CNN, the author of Healing Politics: A Doctor's Journey into the Heart of Our Political Epidemic, and Medicare for All: A Citizen's Guide (co-authored with Micah Johnson), and the host of America Dissected with Dr. Abdul El-Sayed, a podcast about politics and public health. In 2020, he served on the Biden-Sanders Unity Task Force on health care. Dr. El-Sayed received his undergraduate degrees in biology and political science from the University of Michigan, and his MD degree from Columbia University. He was a Rhodes Scholar at Oriel College, Oxford where he completed a PhD in public health.

Co-sponsored by the African Studies Center, the Office of Global Public Health, and the Center for Global Health Equity.

Sign up for information about news and events from the Ford School.
4:30-6:00 pm 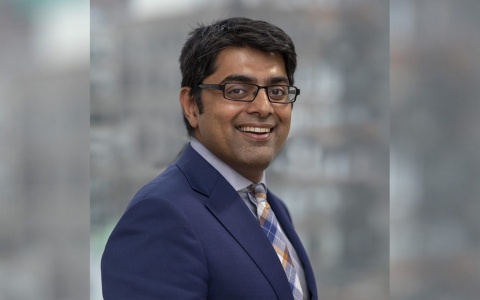