Free and open to the public.
View on YouTube here.

Public monuments, public spaces, and museums shape the shared understanding of our nation’s history. From the removal of Jim Crow-era statues of Confederate leaders in cities across the country to the opening of the Legacy Museum and the National Memorial for Peace and Justice in Montgomery, AL, a dramatic shift in our perceptions and ideas about  the complex heritage of our monuments and museums has occurred over the last five years. More recently, the country has considered the role of monuments and the narratives they perpetuate with much greater focus and intensity in light of the protest movements for social justice and against systemic racism that swept the nation in summer of 2020.  In honor of the Rev. Dr. Martin Luther King Jr., join us for an important discussion with four national experts on the power that monuments and public spaces assert in creating our nation’s stories. Mitch Landrieu, former Mayor of New Orleans; Earl Lewis, founding director of University of Michigan’s Center for Social Solutions; and Kristin Hass, Associate Professor of American Culture, will discuss the crucial role practice and policy play today in shaping our nation’s legacies, in a conversation moderated by Christina Olsen, director of the University of Michigan’s Museum of Art.

This event is cosponsored by UMMA, the Gerald R. Ford School of Public Policy, and the Democracy & Debate Theme Semester.

Kristin Ann Hass is an Associate Professor in the Department of American Culture and the Faculty Coordinator of the Humanities Collaboratory at the University of Michigan. She has written two books, Sacrificing Soldiers on the National Mall, a study of militarism, race, war memorials and U.S. nationalism and Carried to the Wall: American Memory and the Vietnam Veterans Memorial, an exploration of public memorial practices and the legacies of the Vietnam War. She is at work on her next book, Blunt Instruments: A short field guide to a long history of everyday racist infrastructure in the United States. She lectures, teaches, and writes about nationalism, memory, publics, memorialization, militarization, visual culture and material culture studies. She holds a Ph.D. in American studies and has worked in a number of historical museums, including the National Museum of American History. She was also the co-founder and Associate Director of Imagining America: Artists and Scholars in Public Life, a national consortium of educators and activists dedicated to campus-community collaborations.

Mitch Landrieu was the 61st Mayor of New Orleans (2010-2018). When he took office, the city was still recovering from Hurricane Katrina and in the midst of the BP Oil Spill.  Under Landrieu's leadership, New Orleans is widely recognized as one of the nation’s great comeback stories.

In 2015, Landrieu was named “Public Official of the Year” by Governing, and in 2016 was voted “America’s top turnaround mayor” in a Politico survey of mayors. He gained national prominence for his powerful decision to take down four Confederate monuments in New Orleans, which also earned him the prestigious John F. Kennedy Profile in Courage Award. In his New York Times best-selling book, In the Shadow of Statues: A White Southerner Confronts History, Landrieu recounts his personal journey confronting racism, and tackles the broader history of slavery, race relations, and institutional inequalities that still plague America.

He recently launched the E Pluribus Unum Fund, which will work to bring people together across the South around the issues of race, equity, economic opportunity and violence. Prior to serving as Mayor, Landrieu served two terms as lieutenant governor and 16 years in the state legislature. He also served as President of the U.S. Conference of Mayors.

Noted social historian, award-winning author, and educational leader, Earl Lewis, is the founding director of the University of Michigan Center for Social Solutions. Also the Thomas C. Holt Distinguished University Professor of History, Afroamerican and African Studies, and public policy, Lewis is president emeritus of The Andrew W. Mellon Foundation (2013-18), one of the premier philanthropies supporting the arts, humanities, and higher education. At Michigan, Lewis and colleagues in the center are addressing four core areas of social concern: diversity and race, slavery and its aftermath, water and security, and the dignity of labor in an automated world. Prior to returning to Michigan and before leading the Mellon Foundation, he served as the Executive Vice President for Academic Affairs and Provost at Emory University as well as the Asa Griggs Candler Professor of History and African American Studies (2004-2012). Lewis was previously on the faculty at the University of Michigan (1989-2004) and the University of California at Berkeley (1984-1989). In addition to professorial roles and titles (Robin D.G. Kelley and Elsa Barkley Brown Collegiate Professor), he served Michigan as Vice Provost and Dean of the Rackham School of Graduate Studies (1998-2004).

As a scholar and leader in higher education and philanthropy, he has examined and addressed critical questions for our society including the role of race in American history, diversity, equity and inclusion, graduate education, humanities scholarship, and universities and their larger communities. A frequent lecturer, he has authored or edited nine books, scores of essays, articles and comments, and along with Robin D.G. Kelley served as general editor of the eleven-volume Young Oxford History of African Americans. He currently partners with Nancy Cantor in editing the Our Compelling Interests book series. That effort, published in partnership with Princeton University Press, investigates how diversity pairs with democracy to enhance the likelihood of shared prosperity. A member of numerous boards of directors or trustees, he was an Obama administration appointee to the National Advisory Committee on Institutional Quality and Integrity, and is outgoing chair of the board of regents at Concordia College-Moorhead, vice chair of the board of the Educational Testing Service, and a past president of the Organization of American Historians. 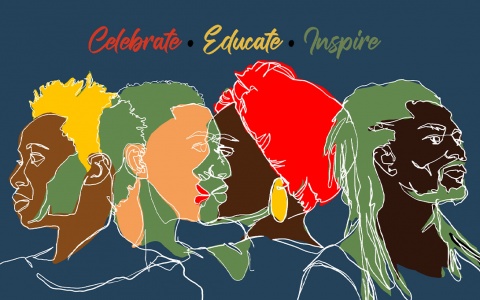