Ford School students are invited to join the Program in Practical Policy Engagement for a discussion with Ann Arbor City Councilmember Travis Radina.

Raised in Frankenmuth, Michigan as the proud son of a UAW auto worker and a public school employee, Travis grew up understanding the value of hard work, the impact that someone can have by helping others, and the important role that government can play in strengthening our middle-class families. Shortly after moving to Ann Arbor in 2004 to attend the University of Michigan, he knew he found his eventual home.

He is currently the Director of Global Alumni Communities at the Alumni Association of the University of Michigan, where he works to bring alumni together and provide meaningful connections for groups like the U-M Black Alumni, U-M LGBTQ Alumni, geographic alumni clubs, and other alumni groups with common interests, professions, or identities.

Prior to his election, Travis served on the Jim Toy Community Center Board of Directors for six years, including four years as President of the Board, representing the LGBTQ and allied community of greater Washtenaw County. In 2018, Travis was also appointed Ann Arbor’s LGBTQ Liaison -- a position that works with the mayor, members of the city council and the Human Rights Commission to improve the lives of Ann Arbor’s LGBTQ residents -- a position he held until his election to Council.

Before returning to Ann Arbor, Travis spent six years working in Michigan politics and government. In 2008, he was a Research and Press Assistant on the campaign to elect former Congressman Mark Schauer, and then spent five years working in the legislative office of former State Representative & MI Democratic Floor Leader Kate Segal, initially as her Constituent Services Director, and later as her Legislative Director. Through her leadership, Travis was on the front lines working to protect healthcare for hundreds of thousands of Michiganders, to defend a woman's right to choose, to save the Michigan Youth ChalleNGe Academy, to hold polluters accountable after the devastating Enbridge oil spill into the Kalamazoo River, and to fight against harmful anti-worker laws. During his time in the Lansing area, Radina also served as Vice Chair of the Delta Township District Library Board of Trustees and Chair of the Eaton County Democratic Party. 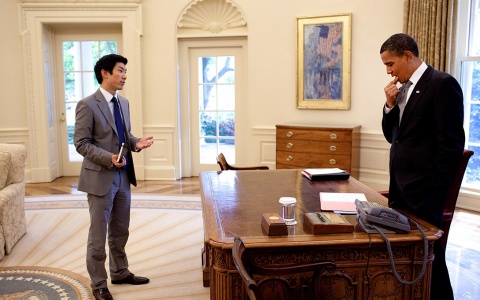