The first event in our COVID-19 reflections series will feature a panel discussion on the local impact of safety nets on communities of color during the COVID-19 pandemic. The discussion will be moderated by Dr. Mara Ostfeld, and includes Dr. William Lopez, Kat Stafford, and Charles E. Williams II. Opening Remarks by Provost Susan M. Collins.

This semester, the Center for Racial Justice is organizing a virtual event series that reflects on the local- and state-level policies that have been instrumental in responding to the racialized health and economic disparities stemming from the COVID-19 pandemic. The series brings together a diverse group of changemakers, including national and local policymakers, journalists, researchers, and community leaders, to (1) meditate on the past and current racial dynamics of COVID-19 in Michigan and Detroit, and to (2) discuss the policies, programs, and practices that have successfully responded to the needs of communities of color disproportionately impacted by the pandemic. Events will be held on April 1, May 6, and June 10.

Led by Dr. Celeste Watkins-Hayes, the Center for Racial Justice is dedicated to education, research, and action in pursuit of racial justice. One of the center’s goals is to harness public policy as a tool of racial equity and to spotlight the voices of changemakers who are doing this critical work. The National Center for Institutional Diversity, as well as Poverty Solutions, led by Dr. Luke Shaefer, are co-sponsors of this event.

Dr. William D. Lopez is a Clinical Assistant Professor at the University of Michigan School of Public Health, a Faculty Associate in the Latina/o Studies Program at the University of Michigan and a Faculty Associate at Poverty Solutions. He is the author of the book, Separated: Family and Community in the Aftermath of an Immigration Raid. As a Clinical Assistant Professor, William teaches a range of public health classes focused on race and health equity, and engages in mixed-methods work to better understand how communities survive and even thrive amid surveillance and deportation.  William has been fortunate to collaborate both in his research and advocacy with the Washtenaw Interfaith Coalition for Immigrant Rights and Synod Community Services, which operate the Washtenaw County ID Program.

Dr. Mara Cecilia Ostfeld serves as the Associate Faculty Director of Poverty Solutions, and an Assistant Research Scientist in the Ford School of Public Policy at the University of Michigan. In addition, Mara is a faculty lead at the Detroit Metro Area Communities Study - an ongoing representative survey of Detroit households that asks residents about their expectations, perceptions, priorities and aspirations. She is an expert in survey research and the analysis of public opinion, with a particular focus on the relationship between race, gender, media and political attitudes. Her work has been published in journals that include Social Forces, Political Behavior, Political Psychology and Political Communication, and been funded by places including the National Science Foundation and the Russell Sage Foundation. She has a forthcoming book looking at the historical political significance of skin color in America, both within and between ethnoracial groups, as well as its evolving relationship with political identities. She is also the primary investigator of a project with the University of Puerto Rico in which they are implementing the first representative study of political attitudes in Puerto Rico. During national elections, Mara also works as an analyst at NBC and Telemundo.

Kat Stafford is a National Investigative Writer and Global Investigations Correspondent at The Associated Press, where she investigates how structural racism has fueled inequity in America. She previously was an investigative reporter at The Detroit Free Press. Her reporting has prompted city legislation, policy changes, congressional reviews and federal and state criminal investigations. Stafford is vice president of the Investigative Reporters and Editors’ Board of Directors and deputy chair of the National Association of Black Journalists’ Print Task Force. She is a '21-'22 University of Michigan Knight-Wallace Fellow and the Society of Professional Journalists’ 2017 Young Journalist of the Year for its Detroit chapter. She attended Eastern Michigan University.

Charles E. Williams II is the Pastor of the Historic King Solomon Baptist Church in Detroit and the Michigan Chair of the National Action Network. He can often be heard on Sirius XM channel 126 as the co-host of 'Keeping it Real’ with Rev. Al Sharpton. Charles is engaged in research at the University of Michigan in the Center on Assets, Education and Inclusion and at Poverty Solutions. His research interests include poverty, inequality, health disparities, and the intersection of race and religion. Charles enjoys training for marathons, sailing, and spending time with his wife, Angela, and their two young children. 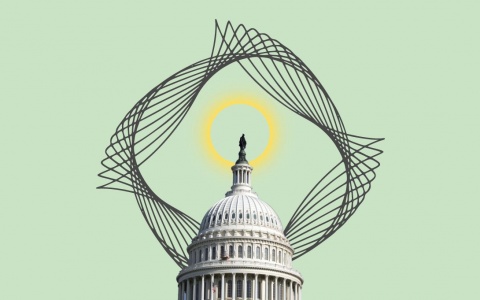