We analyze all but a few of the 47 charter schools operating in New York City in 2005-06. The schools tend to locate in disadvantaged neighborhoods and serve students who are substantially poorer than the average public school student in New York City. The schools also attract black applicants to an unusual degree, not only relative to New York City but also relative to the traditional public schools from which they draw. The vast majority of applicants are admitted in lotteries that the schools hold when oversubscribed, and the vast majority of the lotteries are balanced. By balanced, we mean that we cannot reject the hypothesis that there are no differences in the observable characteristics of lotteried-in and lotteried-out students. Using the lotteries to form an intention-to-treat variable, we instrument for actual enrollment and compute the charter schools' average treatment-on-the-treated effects on achievement. These are 0.09 standard deviations per year of treatment in math and 0.04 standard deviations per year in reading. We estimate associations (not causal relationships) between charter schools' policies and their effects on achievement. The policy with the most notable and robust association is a long school year--as long as 220 days in the charter schools.

Caroline Hoxby is the Scott and Donya Bommer Professor of Economics at Stanford University and the Director of the Economics of Education Program at the National Bureau of Economic Research. She is a Public Economist and a Labor Economist, and she specializes in the Economics of Education. She works on all aspects of education including school finance, school choice, the effect of human capital on economic growth and inequality, the market for higher education, college choice, financial aid, teacher pay and teacher quality, peer effects, and class size. She also works on topics that are more classic public finance (property taxes, government finance) or classic labor economics (earnings, returns to skills). Prior to Stanford, Caroline Hoxby was the Allie S. Freed Professor of Economics and a Harvard College Professor at Harvard University. She has a Ph.D. in Economics from MIT, studied at Oxford as a Rhodes Scholar, and a baccalaureate degree from Harvard University. She has received numerous major grants and awards including ones from the National Science Foundation, Institute for Education Sciences, National Institute for Child Health and Development, the Carnegie Corporation, the Sloan Foundation, the Olin Foundation, the World Economic Forum, the Mellon Foundation, the National Tax Association, and the Fordham Foundation Prize for distinguished scholarship in education. She often serves the federal and state governments in an advisory capacity and was appointed by the President to the National Board of Education Sciences. She is a Senior Fellow of the Hoover Institution and a Senior Advisor to the Brown Center on Education at the Brookings Institution. Caroline Hoxby's current work includes an agenda on growth and social returns to education; an agenda on peer effects in education; work on the industrial organization of the market for higher education, and two major evaluations of charter schools (a form of school choice).

Sign up for information about news and events from the Ford School.
3:00-4:00 pm 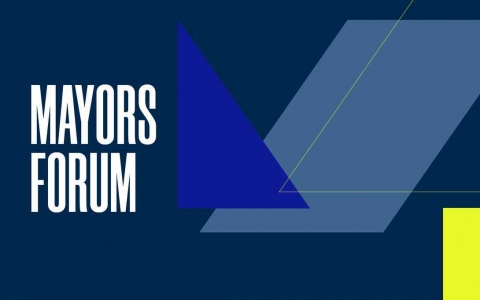