Abstract: The term 'undermatch' describes the problem of students failing to apply to the most selective colleges they qualify for. There is evidence that students who undermatch significantly reduce their chances of graduating. Because undermatching is substantially more prevalent among lower-income, minority, and first generation students, it raises immediate questions of fairness as well of resource waste. There is also a broader social and economic interest in getting students from these groups to take better advantage of educational opportunities, and policies to accomplish that aim need attention. However, fixing undermatch is not by itself going to make a very big dent in the nation's college completion problem -- it's just not a big enough phenomenon, and so it has to be seen as one element in a larger set of policy and operational challenges in higher education.

Michael S. McPherson is the fifth President of the Spencer Foundation. Prior to joining the Foundation in 2003 he served as President of Macalester College in St. Paul, Minnesota for seven years. A nationally known economist whose expertise focuses on the interplay between education and economics, McPherson spent the 22 years prior to his Macalester presidency as professor of economics, chairman of the Economics Department, and dean of faculty at Williams College in Williamstown, Massachusetts. He holds a B.A. in Mathematics, an M.A. in Economics, and a Ph.D. in Economics, all from the University of Chicago.

McPherson, who is co-author and editor of several books, including Crossing the Finish Line: Completing College at America's Public Universities; College Access: Opportunity or Privilege?; Keeping College Affordable; Economic Analysis, Moral Philosophy, and Public Policy; and was founding co-editor of the journal Economics and Philosophy. He has served as a trustee of the College Board, the American Council on Education and McNally Smith College of Music, as well as President of the Board of Overseers of TIAA-CREF. McPherson has been a Fellow of the Institute for Advanced Study and a Senior Fellow at the Brookings Institution.

Sponsored by the Education Policy Initiative (EPI) at the Center for Local, State, and Urban Policy (CLOSUP).

EPI is a program of coordinated activities designed to bring the latest academic knowledge to issues of education policy.Generous support provided by Charles H. and Susan Gessner. 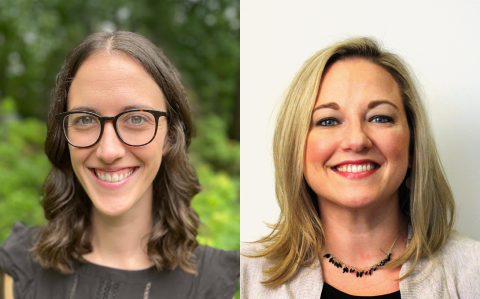